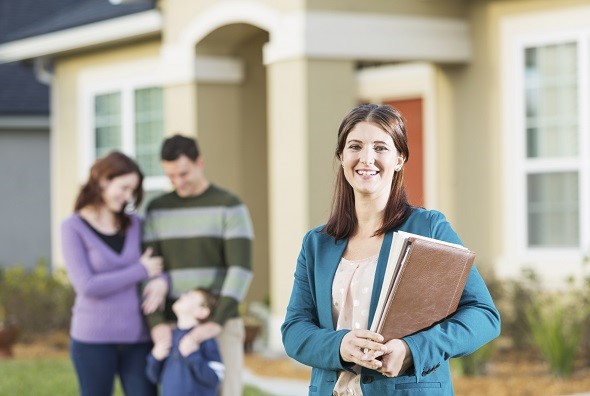 Although we are now several years beyond the housing crisis, the recovery in U.S. cities has been uneven. Low mortgage rates and strong economic fundamentals have spurred explosive growth in sales and construction in cities like Denver and Seattle. In other areas, however, the market is tepid and prices remain well below the highs they reached last decade.

This is SmartAsset’s 2015 study of the best cities for real estate agents. View the 2016 study here.

Key Findings of the Best Cities for Real Estate Agents

To find the best cities for real estate agents, SmartAsset considered four different metrics. We looked at the home turnover rate (the percent of all homes in a city sold in one year), the market heat (as measured by percent change in median sales price from 2014 to 2015), competition (as represented by number of homes sold per agent) and median real estate agent salaries in each city.1

For each of these four metrics, we calculated the number of standard deviations above or below the mean for each city in our study. We then totaled and normalized this scores from 0 to 100 for each of the 113 cities in our study. 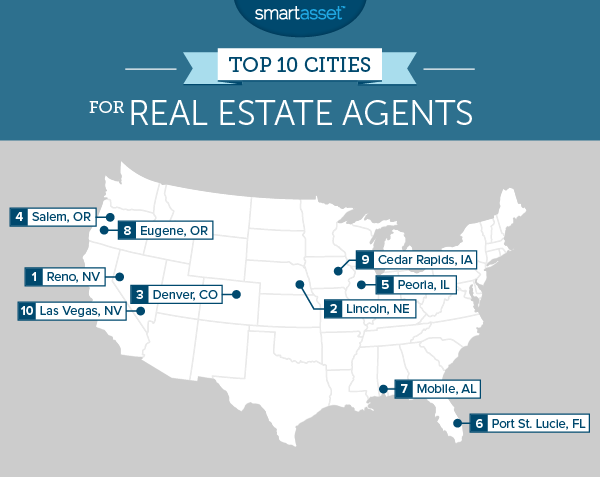 Lincoln is making its first appearance in SmartAsset’s ranking of the top ten cities for real estate agents. Among the reasons real estate agents in Lincoln are thriving are the high turnover rate (more homes are being sold each year) and high rate of appreciation.

Buying a home in Lincoln? Find out what your closing costs will be.

Real estate agents in Denver earn a median income of over $63,000 per year, according to the Bureau of Labor statistics. That’s the third highest income for real estate agents of any city in our study. Denver’s housing market is also among the hottest of any major U.S. city. Home prices in the Mile High City increased by 17.2% over the past year, according to the National Association of Realtors.

Salem is the capital city of Oregon and the third largest city in the state. Though the housing crisis lingered in Salem into 2012, the city’s recovery is now in full swing. The median home price in Salem has increased by more than $40,000 since 2012.

Home prices in Peoria actually declined from 2012 to 2014, reaching a low of $96,500 in the first quarter of that year. (Prices that quarter were also hampered by the harsh winter weather.) They have since begun to recover, climbing 9% between 2014 and 2015.

The median annual income for real estate agents in Mobile is $56,400, 11th highest of any city in our study. Combine that with a cost of living in Mobile that is well below the national average, and you can see why it’s great to be a real estate agent in Mobile.

As of June 2015, the unemployment rate in Cedar Rapids was just 3.7%, well below the national rate. When unemployment is that low, it generally means more households have a reliable source of income and more potential homeowners can start to think about buying.

This isn’t necessarily bad news. As residents of Vegas found out during the housing crisis, an overheated market can lead to dire consequences when the boom goes bust. Most homeowners and real estate agents would prefer a market that cools off gradually to one that abruptly freezes. 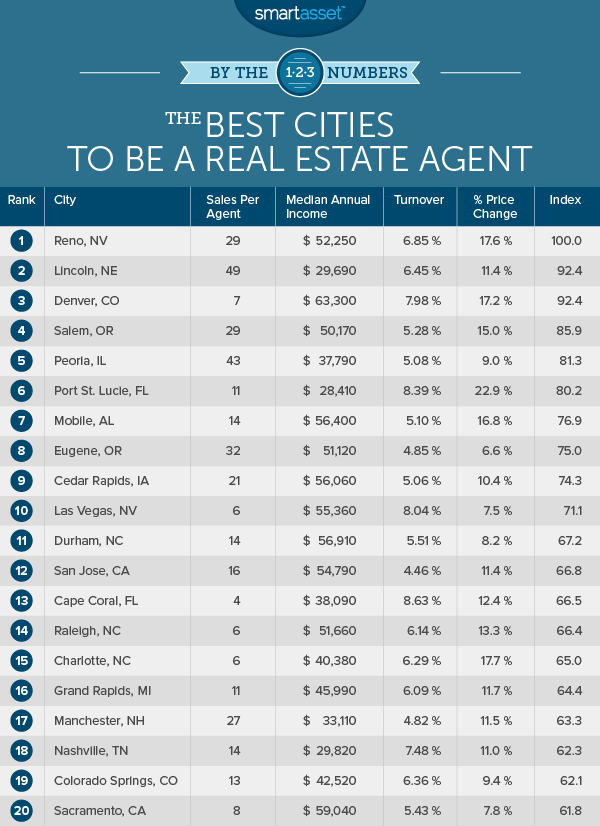 Read the 2016 version of SmartAsset’s study of the best places to be a real estate agent.

1. Data used in SmartAsset’s study comes from Zillow, the National Association of Realtors, the Bureau of Labor Statistics and the U.S. Census Bureau’s American Communities Survey.