The Best Cities to Be a Homeowner 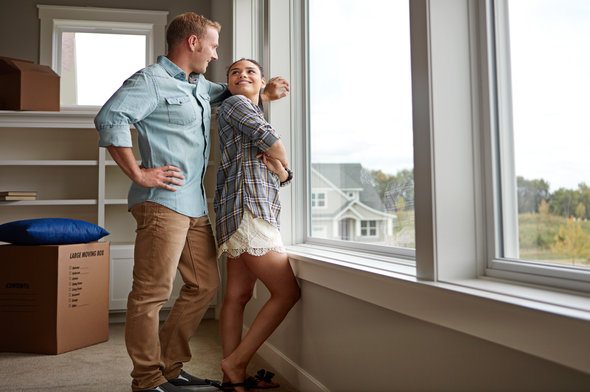 Home is where the heart is, so the saying goes. For homeowners, their home is also where they probably invested a large chunk of their money. In some places homeownership has proved to be a worthwhile investment, as the home values skyrocket. But in other places, depressed home values and high property taxes may have made owning a home less worth it.

Find out now: how much house can I afford?

In order to determine the best cities for homeowners, we looked at four factors. Specifically, we looked at the one-year median home value change, the six-year median home value change, the property crime rate per 100,000 residents and the average effective property tax rate. To get a better understanding of where we got the data and how we put it together, check out our data and methodology section below. 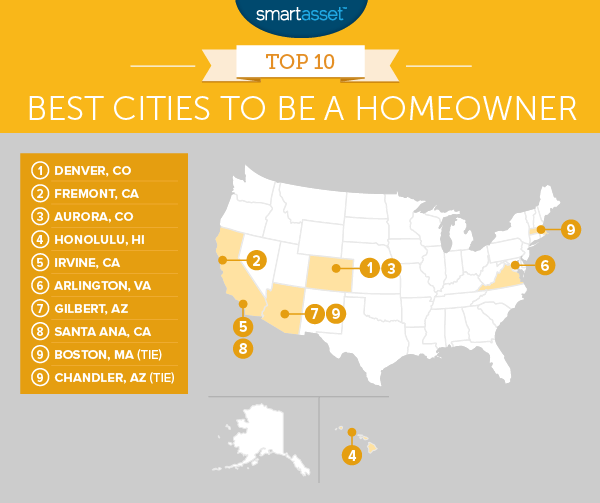 If you recently became a homeowner in the Mile High City, you can pat yourself on the back. Our data shows that Denver is the best city for homeowners. Home values have been consistently growing. From 2010 to 2015, Denver home values grew 12.6%, with a 5.3% increase between 2014 and 2015. Denver also has the second-lowest average effective property tax rate in our top 10 at 0.54%.

Demand for housing in Fremont has risen recently, perhaps due to the city’s proximity to San Francisco. Fremont residents saw the largest rise in median home values in our top 10 from 2014 to 2015. Values rose 5.58% over that time period. But the short-term growth is not the only reason Fremont is a great place for homeowners. Fremont also has one of the lowest property crime rates in the country. There are 1,880 property crimes per 100,000 residents in Fremont.

Homeowners in Hawaii have seen some impressive growth in home values over the past few years. Over the 2010 to 2015 time period, median home values in Honolulu grew 8% and from 2014 to 2015, they grew 3.4%. Homeowners in Honolulu also have the benefit of paying very low property taxes – only 0.29%, according to U.S. Census Bureau data.

Buying in the Golden State? Check out California mortgage rates.

There is plenty of demand for housing in Arlington, possibly related to how close the city is to the nation’s capital. Home values grew 6.3% in Arlington from 2010 to 2015. That growth looks set to continue, as median home values rose 2.17% from 2014 to 2015, as well. Prospective Arlington buyers will want to be aware that the property tax rate here is on the high side. The 0.87% average effective property tax rate is the highest in the top 10.

Gilbert is the first of two Arizona cities to crack our top 10. Home values in Gilbert rose by almost 5.4% between 2014 to 2015. Gilbert also has the lowest property crime rate in the top 10. There are about 1,321 property crimes per 100,000 residents in Gilbert. A fact that homeowners in Gilbert are probably well aware of.

With a population of 650,000, Boston is the second-largest city to crack out top 10. Homeowners here will appreciate the increasing home values and low property taxes, especially considering how expensive buying a home can be. The median home in 2015, for example, cost almost $400,000. For the Bostonians who managed to buy a home, they saw median values rise 3.72% from 2014 to 2015. That’s the 30th-fastest rate in our study. Plus, if you own a home in Boston, you can expect to only have to pay an average effective property tax of 0.77% – a top 20 rate in our study.

Another suburb of Phoenix, Chandler is great for homeowners for many of the same reasons as Gilbert. Home values in Chandler rose 5.17% from 2014 to 2015. That’s the 14th-largest increase in our study. Property taxes are also very affordable. Homeowners in Chandler pay an average effective property tax of only 0.67%, one of the lowest in the study. 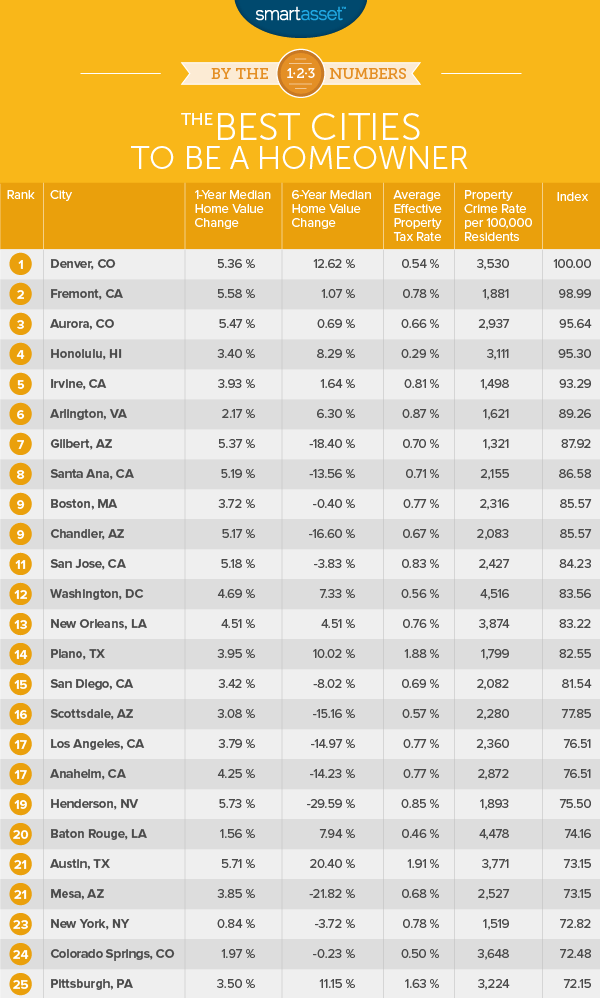 In order to find the best cities to be a homeowner, we gathered data on the 100 largest cities. We considered the following four metrics: