The Best American Cities to Work in Tech in 2018 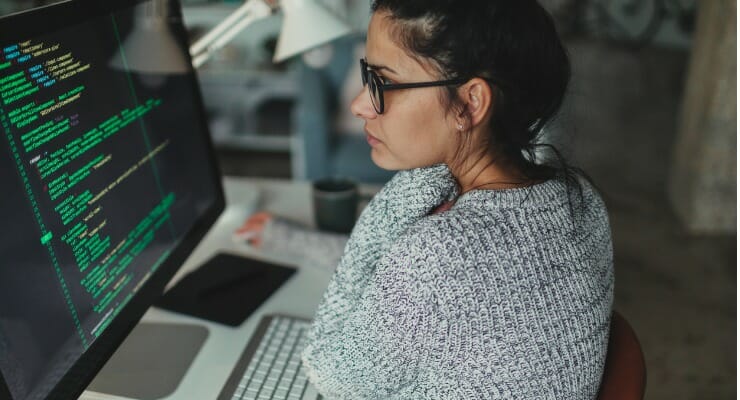 Tech jobs are some of the hottest in the country. And the increasingly available opportunities to work in tech deliver high salaries, to boot. But because some of the traditional tech hubs are clustered in the cities with the highest cost of living, like New York or San Francisco, that tech pay may not always go so far. There are, however, plenty of nontraditional tech cities where pay is still high and where workers don’t need to worry about whether or not they can afford their mortgage.

Below we look at five different factors to rank the best cities to work in tech in America. Specifically, we look at data for 190 cities and compare them across metrics like average salary, average cost of living, tech employment concentration, unemployment rate and ratio of average pay-to-tech pay. Check out our data and methodology below to see where we got our data and how we put it together to create our final rankings.

This is SmartAsset’s fifth annual study of the best cities to work in tech. Check out the 2017 version of the study here. 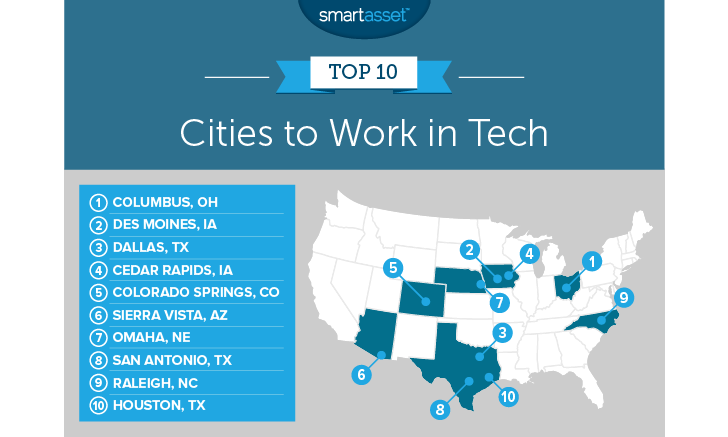 Ohio’s capital takes the top spot as the best city to work in tech. You may see Columbus, Ohio and not think of it as a tech worker’s paradise but the data suggests otherwise. Columbus has plenty of tech jobs, over 4% of all workers are employed in tech here, and the average tech worker takes home a salary of over $91,100 per year. In both of those metrics Columbus ranks in the top 25.

Columbus is also more affordable than many cities as well. Columbus is about 10% cheaper than the rest of the country on average. Another plus to living in Columbus and working in tech is that you will likely be at the top of the local income ladder. The average tech worker earns more than 1.8 times what the average worker earns.

Dallas is the place to be in this top 10 for high-paying tech jobs. BLS data reveals that nearly 1 in 20 workers in Dallas is employed in the tech industry. On average they earn nearly $93,000 per year, the second most in our top 10. So why isn’t Dallas any higher? Unemployment for college graduates is slightly high by the standards of this study. Dallas ranks 92nd in unemployment rate for bachelor’s degree holders.

Cedar Rapids is the second Iowa city in this top 10. Primarily, Cedar Rapids claimed a top 10 spot due to its bountiful tech job market. Just under 4.3% of all workers here are employed in tech and only 1.8% of bachelor’s degree holders are unemployed. In both of those metrics Cedar Rapids ranks in the top 25. Those are this city’s best scores but Cedar Rapids also ranks no worse than average in any metric.

If you work in tech in Colorado Springs you are probably one of the highest paid people in the city. BLS data shows that the average tech worker, who earns $94,400 per year, earns 89% more than the average worker. Overall, tech workers here are paid a top 20 rate compared to other cities in this study. If you do move to Colorado Springs you will probably want one of the high-paying tech jobs. This city ranks in the bottom half for cost of living.

If you’re in Nebraska and looking for a job in tech, the data suggests your best bet is to head to Omaha. Tech workers will appreciate the good balance Omaha offers. This city ranks lower than 68 in any metric in our study. Only Columbus and Des Moines rank better than 68 in every metric. Omaha’s best score is in percent of workers employed in tech. BLS data shows that nearly 4.2% of workers in Omaha work in tech.

San Antonio, Texas takes the eighth spot. There are not too many tech jobs in San Antonio but the ones that do exist are extremely well-paying relative to other jobs in the area. The average tech worker earns $88,260 per year, which is 91% more than the average worker. Another benefit to being a tech worker here is the low cost of living. San Antonio runs about 12% cheaper than the national average. So if you are moving to San Antonio to work in tech, there may not be plenty of jobs available. Yet if you can land one of them, it will definitely be worth your while.

Last but not least is Houston, Texas. Working in tech here means a high salary. In fact, the BLS estimates the average tech worker in Houston earns over $94,200 per year. That is 75% more than the average Houston worker. One concern, though, if you live in Houston: a bachelor’s degree is no guarantee of employment. Around 3.6% of residents with bachelor’s degrees are unemployed. 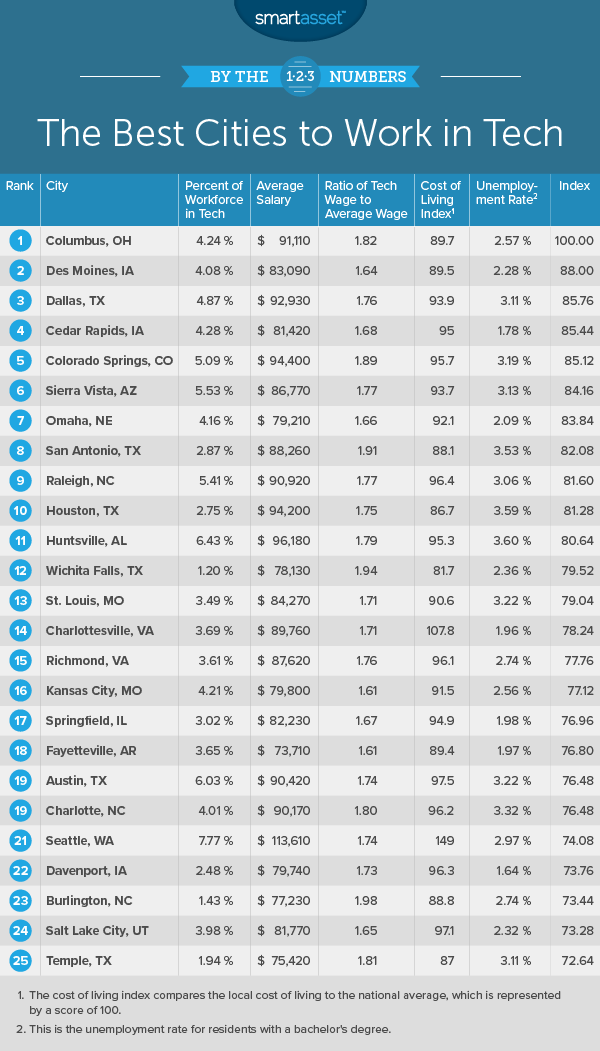 In order to find the best cities to work in tech, SmartAsset looked at data on 190 cities. Specifically, we looked at the following five factors:

Tips for Finding a Home You Can Afford