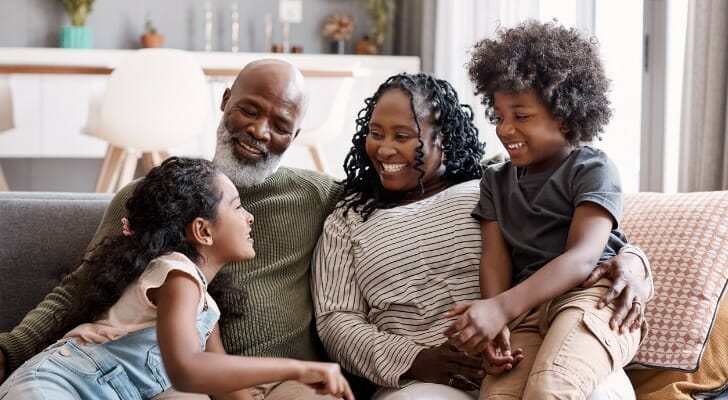 The U.S. Census Bureau says that multigenerational households are more common among recent immigrants who live with relatives and families residing in areas that have housing shortages or high real estate costs. Other economic factors like mounting student debt and lack of employment can also drive people to move in with family in order to save money. Such households exist around the country and can work with a financial advisor to create a strategy that stretches their dollar further, but those living in these types of arrangements are not evenly distributed nationwide. With that in mind, SmartAsset has crunched the numbers to see which states have more multigenerational households.

To do this, we compared data from the total number of multigenerational households in 2015, 2018 and 2019 in all 50 states and the District of Columbia. For details on our data sources and how we put all the information together to create our final rankings, check out the Data and Methodology section below.

This is SmartAsset’s second study on the most and least severely housing cost-burdened cities. Check out the 2020 version here. 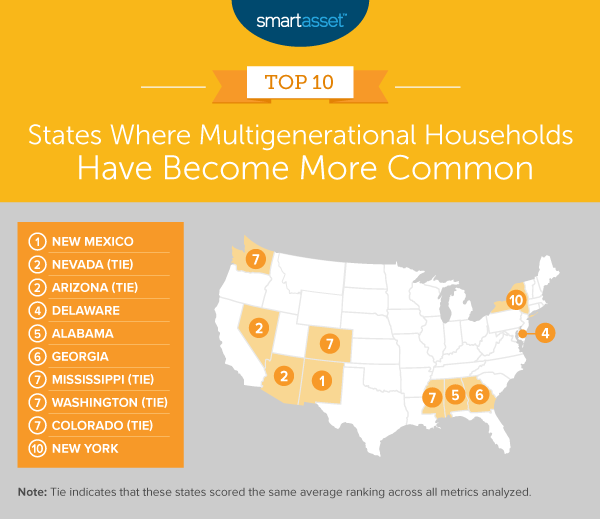 New Mexico ranks in the top 10 for all three metrics that were measured for this study. It has the second-highest four-year increase in the number of multigenerational households, jumping 16.73% between 2015 and 2019. It had a 12.66% increase between 2018 and 2019, the sixth-highest one-year change. And 4.30% of all households in the Land of Enchantment are multigenerational, the 10th-highest in the study.

Delaware has seen a big increase in multigenerational homes very recently. Between 2018 and 2019, the total went up by 16.20%, the third-highest increase in the study for this metric. The First State places 10th for its four-year change between 2015 and 2019, increasing 12.17%.

To find the states where multigenerational households are becoming more common, SmartAsset looked at data for all 50 states and the District of Columbia across the following three metrics:

Tips for Buying a Home for Your Multigenerational Family