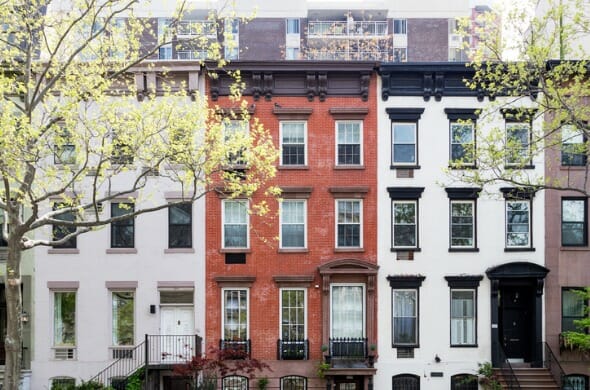 New York real estate has an estimated market value around $1.26 trillion as of 2018, according to the New York Department of Finance. Some New York neighborhoods are more popular than others, putting upward pressure on home values and mortgage costs. Below we look into the phenomenon to find the New York City neighborhoods with the fastest-growing home values.

We looked at 2012 and 2016 data on median home values for New York City neighborhoods. Check out our data and methodology below to see where we got our data and how we put it together. 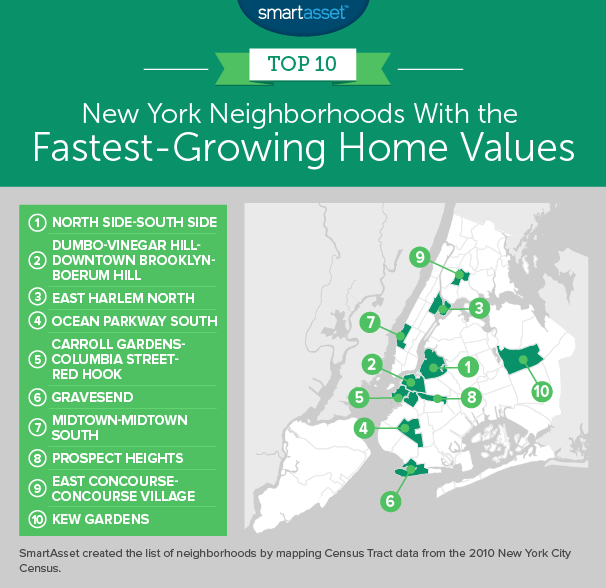 North Side-South Side refers to a portion of Brooklyn’s famously gentrified neighborhood of Williamsburg. Located just across the East River from Manhattan, this neighborhood has seen the fastest-growing home values in New York.

Another Brooklyn neighborhood takes second. Like North Side-South Side this neighborhood is located on the water facing Manhattan. In 2012, the median home was worth just under $594,000. By 2016 that figure had risen to just shy of $809,300. That is equivalent to an increase of over 36%.

According to our data, this neighborhood went from having the 50th-highest median home value in 2012 to the 13th-highest in 2016.

East Harlem covers the northeastern quadrant of Manhattan running north to south from 96th Street to 140th Street and west to east from 5th Ave to the East River. Residents who have lived in northern part of this area recently will have seen a remarkable increase in property values.

Located in southern Brooklyn, Ocean Parkway South has seen the fourth-highest increase in median home values. Homeowners should be happy to hear the median home has seen its value increase by $180,000 in this neighborhood. That is equivalent to a 26% increase.

If you are looking to buy a home here to take advantage of rising property values you will need some serious savings. The median home here is now worth $863,000, meaning for a 20% down payment, you’ll need $172,500.

South of the DUMBO-Vinegar Hill-Downtown Brooklyn-Boerum Hill neighborhood is fifth-place Carroll Gardens-Columbia Street-Red Hook. Homes here even in 2012 were pricey. According to Census Bureau data, the median home in this neighborhood was worth $781,300 in 2012. By 2016, our data shows that figure moved up to $978,000.

That’s an increase of over 25% – not a bad return for people who bought a home in 2012, but probably bad news for the area’s renters.

If you are looking for an affordable home with potential to grow, Gravesend may be your best bet. The average home in this south-central Brooklyn neighborhood was worth $632,500 in 2016.

One of the most touristy and commercial parts of New York, Midtown-Midtown South takes the seventh spot. In total the median home saw its value increase by 23% from 2012 to 2016. The most recent data shows the median home here is now worth $813,600, which would make it the 11th-most expensive neighborhood in the data set.

The most recent Census Bureau shows that the median home in this Bronx neighborhood is worth $433,300. 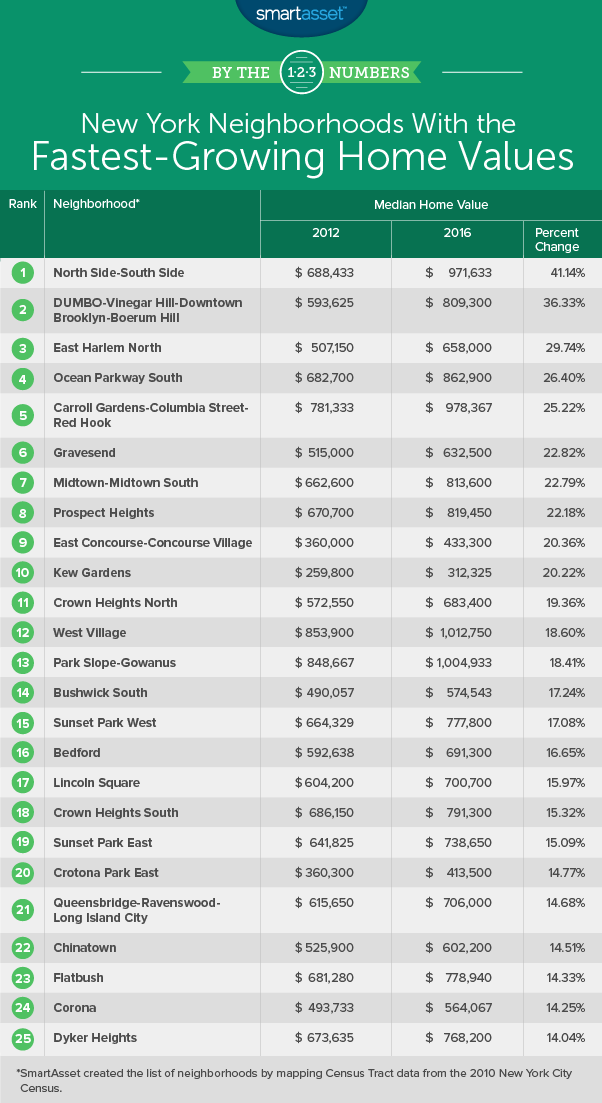