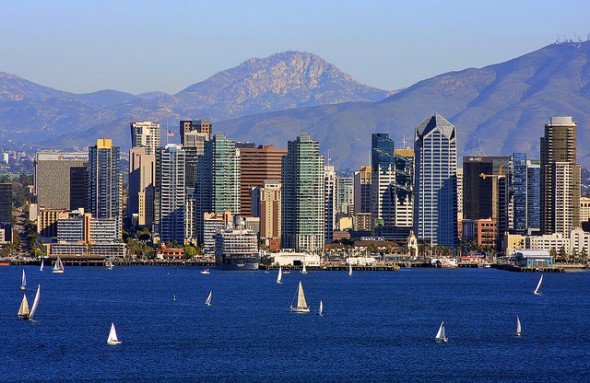 Ah, San Diego – Birthplace of California itself. Europeans first hit the West Coast in what is now SD 450 years ago or so, and a lot of them were Spanish friars, hence the name of the current very fine MLB franchise, the Padres. Nowadays it’s known for the massive presence of the US Navy, a staggering variety of beautiful bird species that are resident to the area, and, unfortunately, devastating brushfires. See? It’s more than just San Fran with an inferiority complex.

Besides all that, San Diego is a major center for two things near and dear to the heart of many a college-aged American male: It’s considered the craft beer capital of the country; and it plays host to the biggest and most important pop culture convention in the country. San Diego Comic-Con is home of the showcases of just about every blockbuster movie and video game worth noting in the coming year. The University of California, San Diego is also a massive presence, with its more than 30,000 students. It’s consistently ranked in the top 10 public institutes of higher education in the country.

San Diego was subject to a pre-recession “home affordability crisis” in the mid-2000s, which resulted in median home prices $600,000 and above. The numbers have corrected to more reasonable levels now, but Zillow nevertheless reports median home values at $479,000 and rising 12 percent a year. Right now, the market is considered a level playing field for buyers and sellers, so a fluctuation in either supply or demand could radically change those numbers. With that in mind, SmartAsset has endeavored to find out: Exactly what does a nice round number like half a million dollars buy you in the other city by the other bay?

Contemplating a move to San Diego? Find out how much house you can afford with SmartAsset.