Cities Where the Retiree Homeownership Rate Is Rising the Fastest 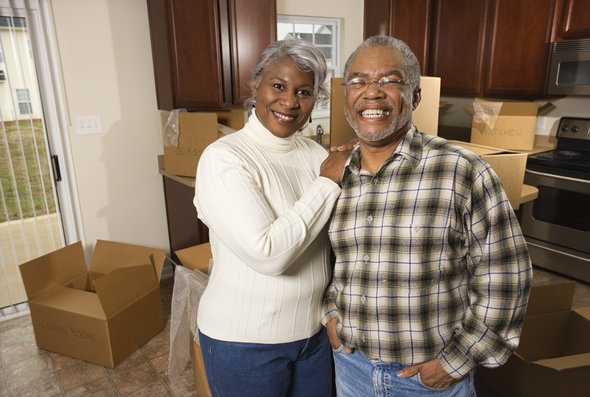 Homeownership rates still have not fully recovered from the 2007 housing crisis, data from the U.S. Census Bureau shows. For some age groups, foregoing homeownership is not a hard decision. It can offer more labor market flexibility and the chance to pursue other investments. For many retirees, however, homeownership may be an important facet of their retirement plan, giving them stability as well as the chance to build equity. Below we look at where the homeownership rates for retirees are rising the fastest.

In order to rank the cities where the retiree homeownership rate is rising the fastest, SmartAsset looked at data on all U.S. cities where the number of householders is greater than 50,000. Specifically, we gathered data in the following two metrics: 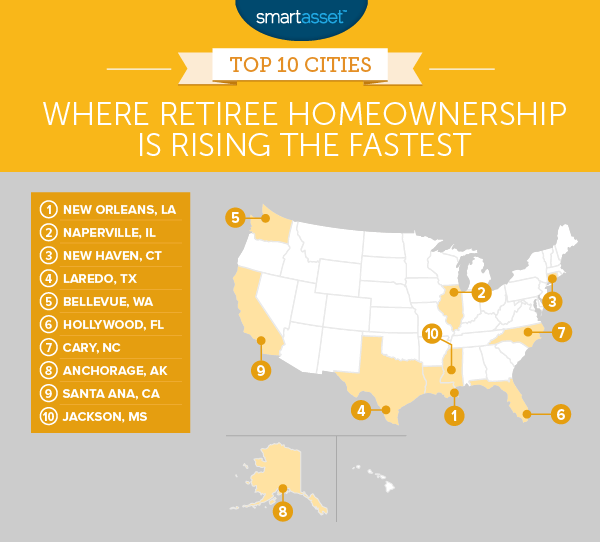 The overall homeownership rate is low in the Elm City, possibly because it’s a college town. Only 24.8% of households own their homes here. However, that rate doubles when it comes to retirees. The 2015 homeownership rate among retirees in New Haven was 48.37%. That’s up 11% from 2006.

With a population around 70,000, Hollywood is one of the smallest cities to crack our top 10. Originally planned as an East Coast version of Hollywood, California, this city has become a haven for retirees rather than the silver screen. Hollywood, Florida has the third-highest retiree homeownership rate in the top 10 at 84.5%. That’s an increase of 6.7% from the 2006 rate of 79.1%. Homes in Hollywood, Florida are also relatively affordable. The median home value is $181,700, according to the Census.

Close on the heels of Hollywood, Florida is Cary, North Carolina. In a previous study we found that Cary is a city where millennials are buying homes. It’s also a top city where retiree homeownership is rising the fastest. Retiree homeownership jumped up by a rate of 6.75% from 2006 to 2015 in Cary. In 2015, close to 80% of retiree households in Cary owned the homes that they occupied.

Anchorage ranks eighth for the cities where the retiree homeownership rate is rising the fastest. In 2006, the homeownership rate among retirees in Anchorage was about 82.3%. That was already one of the highest rates in the country, but the rate still increased by 4.2% from 2006 to 2015. The 2015 rate of 85.7% is the second-highest in the top 10.

Related Article: 15 Things to Know Before Moving to Alaska

The homeownership rate for retirees in Jackson grew by 1.1% from 2006 to 2015. That may seem like a relatively low rate for a top 10 ranking but it exemplifies how slow the homeownership rate recovery has been in general. In 2006, the retiree homeownership rate was 78.9% and in 2015 it was 79.9%. It’s also worth noting that Jackson has the most affordable housing market in our top 10. The median home value in the city is just $89,200. 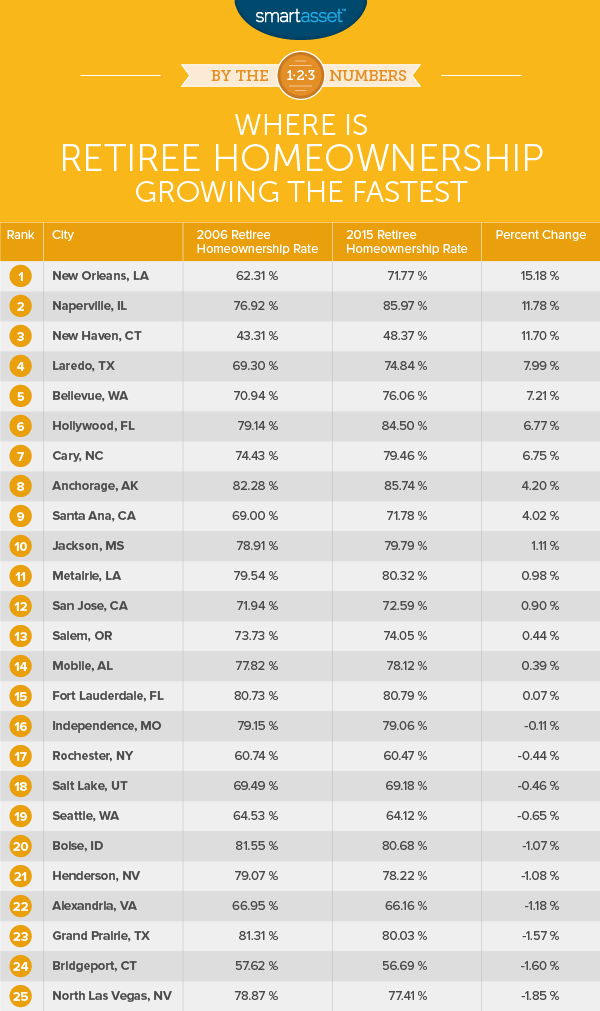