Is It Possible to Buy a Home for 2.5x Your Salary in America’s Biggest Cities? 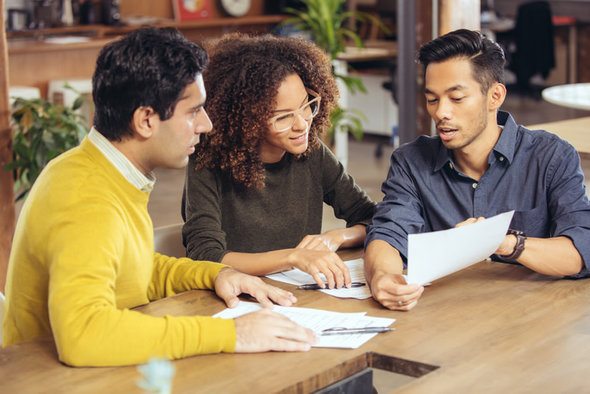 Thinking about buying a home? Check out our mortgage calculator.

We began this study by gathering data for the 100 largest cities in the country. Specifically, we looked at data on median household incomes and median home values. Check out our data and methodology below to see where we got our data and how we put it together. 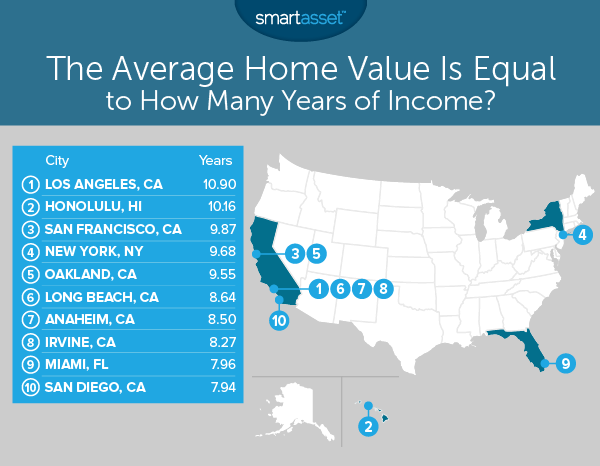 Plus, Los Angeles has a high cost of living in general, so once you buy a home you may still be on a tight budget.

San Francisco is the poster child for exorbitant rent prices, so seeing it toward the top of this list isn’t too surprising. Despite the fact that residents here tend to do well (the average household earns over $103,000 per year), it’s still difficult for them to purchase a home that costs 2.5 times their annual salary.

The median home in San Francisco is worth $1,024,000, that’s the highest home value in our top 10. The typical house here would be the equivalent of 9.8 years’ worth of the average income.

According to Census Bureau data, the average New York home is worth $569,000, which is equal to 9.6 years of the average household’s income. One good thing for prospective New York homeowners is that mortgage rates in New York are actually below the national average. This means taking out a loan to buy your home in New York is cheaper than in other states.

Another Bay Area city takes fifth. The average Oakland home costs just over 9.5 years’ worth of the average household income.

On average, San Francisco households earns 52% more than Oakland households do. And homes in San Francisco are about 57% more expensive than homes in Oakland. This means when it comes to home affordability, Oakland residents are getting a slightly better deal than their neighbors across the bay.

Long Beach is located just south of Los Angeles, the number one ranked city. Living in Long Beach is a slightly better deal when it comes to home affordability than L.A. The average house is valued at 8.6 years’ worth of the average income in Long Beach.

However, if you can manage to buy some property in Florida is may be well worth it as the state has a below-average property tax rate.

It is worth mentioning that property taxes in San Diego are below the national average. So once residents are able to purchase a home, they may get some respite on that front. 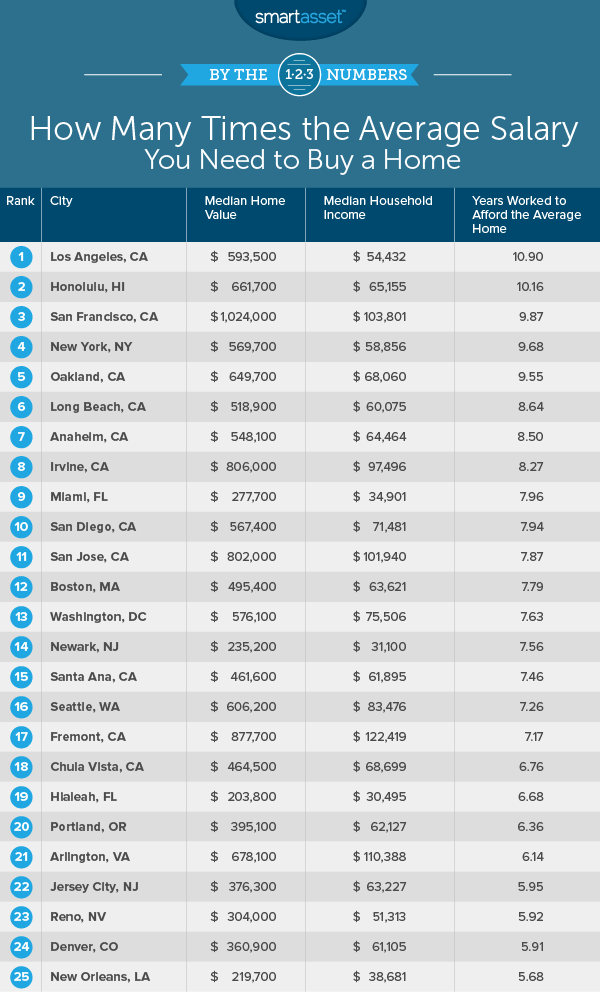 We set out to answer the question of whether it’s possible to buy a home that’s worth 2.5 times the average salary in America’s largest cities. First we gathered data on the 100 largest cities in the country for this study. Specifically, we looked at data for the following two metrics:

A home will likely be the single most expensive item you purchase in your life. So, it makes sense that it can be stressful, especially when it’s time to start planning.

First of all, you will want to have an idea of how much you can afford to spend. This means knowing how much house you can afford. Your current income will give you a good idea of the minimum home you can afford. Many experts recommend a home that’s 2.5 times your annual household salary. But if you do not plan on buying for a number of years, it may make sense to plan based on future income. But remember it’s not just the mortgage you will have to pay, but also homeowners insurance, closing costs and taxes.

To get the best mortgage rates, it is typically recommended that you have enough cash to put 20% of the home value as a down payment. Another plus of making a large down payment is that you will end up paying less in interest over the life of the mortgage. While saving up for your down payment, it may make sense to keep your funds somewhere secure but easily accessible, like a savings account.