The Best Green Cities for Families in 2017 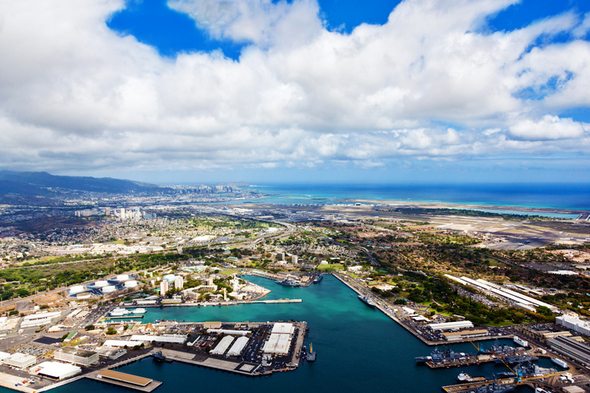 States across the country are going green amid growing concerns about climate change. According to the National Conference of State Legislatures, more than 40 states (and Washington, D.C.) have implemented energy codes for residential and commercial buildings. And around 15% of the energy-efficient bills considered by legislatures in 2015 were enacted, up from around 12.5% in 2014.

Read the 2016 version of this analysis.

Many U.S. cities are also making strides to become more energy efficient. But some are doing a better job than others. In preparation for Earth Day, we looked at the best green cities for families.

SmartAsset ranked the 446 largest U.S. cities using 11 different metrics. Five of our metrics assess the quality of life for families in certain cities. For example, we looked at high school graduation rates, crime rates and access to affordable housing.

Our study also considers six factors that gauge whether a city is environmentally friendly. We pulled data on air quality, local government use of renewable energy and the average household carbon footprint. You can read our data and methodology section below to find out how we conducted our analysis. 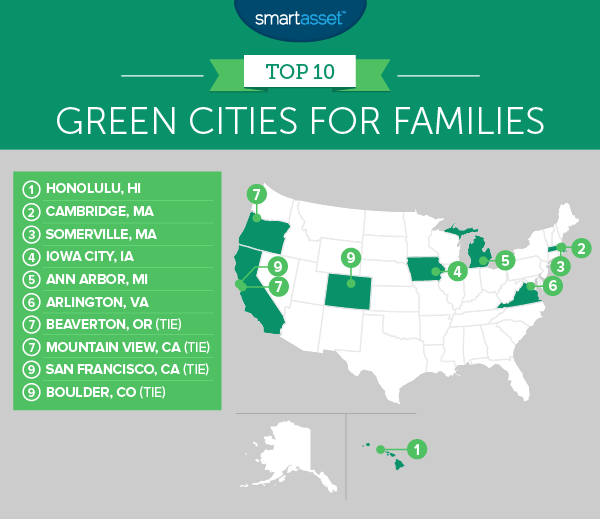 Who wouldn’t want to live in Hawaii?! There’s warm weather, beautiful beaches and plenty of parkland. Bottom line: It’s perfect for outdoor enthusiasts. Its EPA air quality index is the 10th-lowest index in the country. So just like we found in the 2016 edition of our analysis, Honolulu has some of the cleanest air in America.

The capital of Hawaii also offers its residents a high quality of life. At 2.8%, its unemployment rate is among the lowest in the country. The Department of Agriculture reports that there are at least 17 farmers’ markets in the area, indicating that many residents have access to fresh and healthy foods.

According to walkscore.com, Cambridge scores an 88 for its walkability. That’s extremely high. After all, New York City’s walk score is 89. Cambridge has a high bike score and transit score, too. That’s probably why 68% of its commuters get to work by walking, biking, carpooling or taking public transit. Like many college towns, Cambridge also has a low unemployment rate (3.1%). That makes it a great place for parents who are trying to support their families.

Somerville is another place with a high percentage of clean commuters. About 58% of its commuters use eco-friendly modes of transportation to get to work. The city of Somerville is located about 15 minutes away from Boston (by car). Its unemployment rate is 3.1% and a household earning the median income spends 25.6% of its income on housing costs (including property taxes and homeowners insurance) on average. Based on standards set by the federal government, this means that Somerville offers affordable housing.

There are several reasons why Iowa City ranks as a top green city for families. Out of the cities that rank in the top 25, it has the second-lowest EPA air quality index (33). Nearly 40% of commuters get to work by biking, walking, carpooling or taking advantage of public transit. Parents curious about the quality of life in Iowa City should know that local high schools have a high average graduation rate (93%). And at 2.8%, its unemployment rate is lower than the rate in most cities across the U.S.

Ann Arbor recently ranked as one of the best college towns to live in. Our analysis reveals that the city has a fairly low violent crime rate and a high average high school graduation rate (89%). Families who want to live in an area that’s environmentally friendly will be happy to hear that Ann Arbor has a relatively low air quality index (38).

Parents who’ve considered moving to Virginia will be happy to know that the state recently ranked first in the nation for its higher education system. Local high schools rate well, too, particularly in Arlington. The average high school graduation rate is 85%. And the unemployment rate is just 2.7%.

The EPA reports that over a quarter of Arlington’s energy comes from renewable sources, including wind and solar power. And 41% of its workers are clean commuters who carpool, walk, bike or use public transit to get to work. This means that Arlington could be a great place to live if you want to raise your family in a city that’s environmentally friendly.

Following the implementation of initiatives such as the Solar Beaverton Program, Beaverton became the first city in Oregon to be completely powered by renewable energy sources in 2014. Now, 108% of its energy comes from wind power and other sources. In other words, it gets to sell its excess energy back to local utility companies. Beaverton’s relatively clean air also makes it a green city. Its EPA air quality index is just 34.

California is another state that ranks high for its higher ed system. Local schools in cities like Mountain View also provide students with a quality education. Data from the Department of Education says that the average high school graduation rate in the city is 95%. Mountain View’s local government doesn’t get any of its energy from renewable sources and there are very few farmers’ markets. So in terms of the city’s eco-friendliness, there’s room for improvement. On the bright side, its EPA air quality index falls below 50, meaning that it has clean air.

San Francisco has a high cost of living. But for families who can afford to live there, it offers an array of benefits. For one, its average household carbon footprint is among the lowest in the country. Annually, a typical household in the Golden City emits about 38.8 metric tons of carbon dioxide. As one of the healthiest cities in America, it has at least 22 farmers’ markets (according to the Department of Agriculture). Plus, it has a low unemployment rate (3.2%).

Boulder ties for ninth place on our list of the best green cities for families. Nearly 40% of its workers are clean commuters and its low EPA air quality index suggests that the city has clean air. At 2.6%, its unemployment rate is the lowest rate in our entire study. 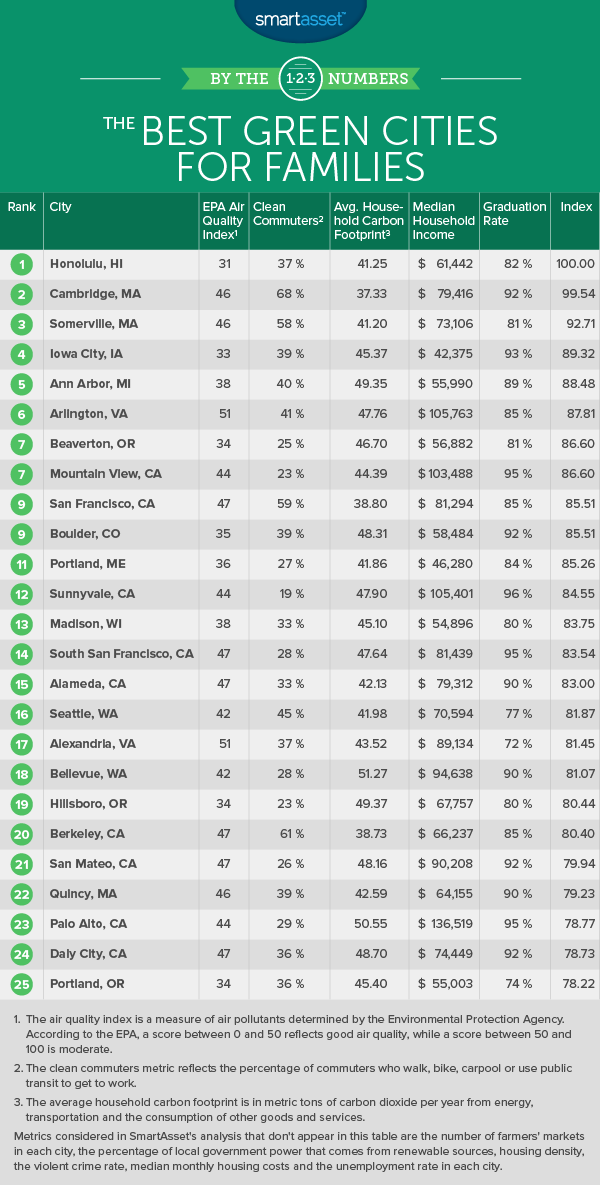 We expanded the 2016 edition of our analysis by looking at the 500 largest cities and eliminating the ones that we didn’t have enough data for. That left us with 446 cities.

To find the best green cities for families, we compared the 446 largest U.S. cities using 11 different metrics. The following five metrics reveal whether a city can provide families with a high quality of life:

We took six other metrics into account that indicate whether a city is environmentally friendly:

After we ranked all 446 cities across each of our metrics, we averaged our rankings, giving equal weight to all 11 factors. Finally, we created an index and gave each city a score between 0 and 100. The top-ranking city scored a perfect 100.