The Best Cities for Working Women in Ohio 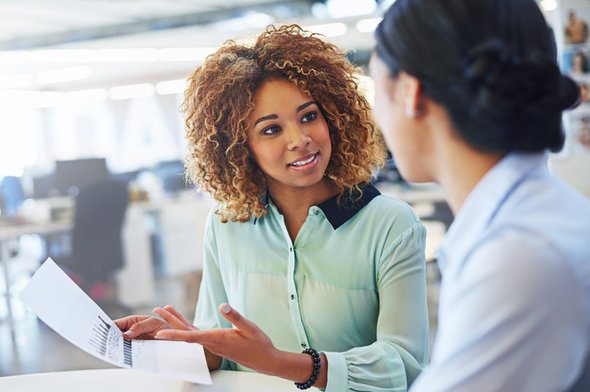 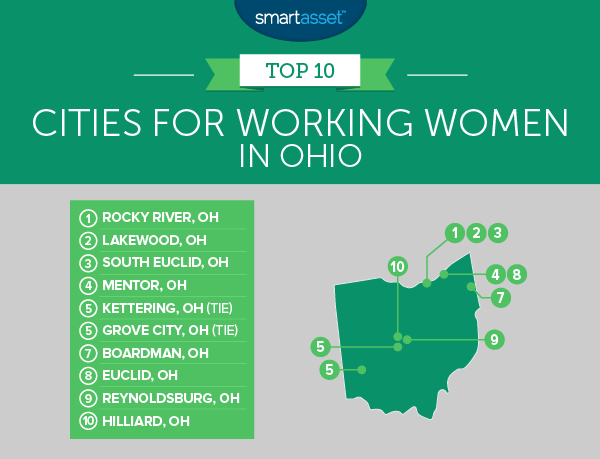 This suburb of Cleveland has a population of about 20,000, a figure which has remained unchanged since the 1970s. Over 80% of women between the ages of 20 and 64 in Rocky River participate in the labor force and only 3.8% of women are unemployed. For both those metrics, Rocky River ranks in the top 10.

Women here are also some of the highest earners. The median earnings for women ages 16 and over who work is $41,904, the third-highest in the study. But Rocky River’s most impressive score comes in median housing cost as a percent of a women’s income. The average woman would need to spend just under 23% of her monthly income on the average housing.

The women of Lakewood earn less than their neighbors in Rocky River ($31,348 on average), but the pay gap in Lakewood is smaller. On average women earn 77.4% of what men earn in Lakewood compared to 72.5% for the same stat in Rocky River.

Lakewood is also home to a large number of hardworking women. Just under 80% of women in Lakewood, who are between the ages of 20 and 64, participate in the labor force. This compares favorably to Cleveland, for example, where only 68% of working age women are in the labor force.

The biggest concern for South Euclid residents is the housing cost. Median gross rent is $960 per month or 32.7% of a women’s earnings. For both of those metrics, South Euclid has the worst scores in the top 10.

Mentor is another suburb of Cleveland. There is not much separating Mentor in fourth place from Hilliard in 10th place, only 2 points on our index. What gives Mentor the edge is its low unemployment rate. Only 3.8% of women here are out of work but looking for employment. About 80% of working age women in Mentor participate in the labor force, the eighth-best score in the state.

Claiming the fifth spot is Kettering, the first city that’s not within the Cleveland area on our list. Kettering is a suburb of Dayton with a population of about 55,000, making it a fairly large suburb. Kettering has solid scores across the board, scoring no worst than 48th in any metric.

The city’s most impressive score comes in housing cost as a percent of women’s earnings. To pay for median housing in the area, a woman who earns the area’s median income would need to put 28.7% of her income toward housing. That’s below the 30% that is recommended by most financial experts.

Tied with Kettering for fifth is Grove City. Women of Grove City earn $35,934 per year on average which is the 17th-highest income in the study. However they only earn 71.8% of what men in the area make on average, which doesn’t rank as well. Grove City also has the third-lowest unemployment rate for women in the top 10, only 3.6% of women in the area who are looking for work are unemployed.

Just south of Youngstown is Boardman, a city that takes seventh place. Boardman would be a great option for a working woman looking to keep housing costs low. Median gross rent in this city is only $620, the lowest in the top 10. Only 28.5% of the average woman’s earnings would need to go to rent. For both those metrics, Boardman ranks in the top 10 in the state. However, in general, women are not very well compensated here. Women of Boardman take home only $26,068 per year, which is 64% of what men make.

Just north of South Euclid, in the suburb ring of Cleveland, is Euclid, our 8th-best city for working women in Ohio. Women and men in Euclid are paid similar amounts, with women making 88.1% of what men make. The concern for people in the area is that neither group makes that much money. Women make around $28,868 on average, the second-lowest in the top 10. However the vast majority of women in Euclid (78%) participate in the workforce.

Reynoldsburg is a suburb of Columbus. Women in Reynoldsburg work hard and earn a decent amount. The median annual income for working women is $31,704 and only 3.3% of women are unemployed. Women here also earn 85% of what men do, on average. However, much of that time spent working goes toward meeting housing costs. Median gross rent in the area is $906 or 34% of the average woman’s earnings.

Women from the Hilliard area earn more than most other women in Ohio. The average annual earnings for a woman in Hilliard is $38,319, and thanks to the relatively low income tax in Ohio, they likely keep a chunk of it. However, a large portion of whatever the taxman doesn’t take goes to landlords. The median gross rent in Hilliard is $962 per month. If you’re looking to avoid those rent costs and invest in a house, mortgage rates in Ohio are just above the 4% mark. 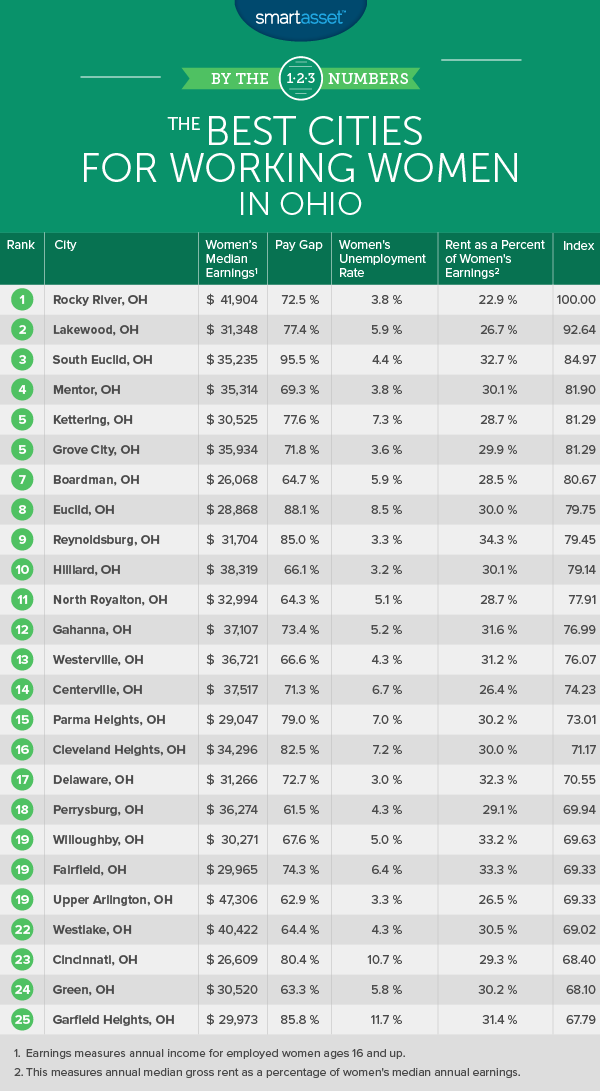 In order to find the best cities for working women in Ohio, we looked at data on 88 different cities, where the population was greater than 20,000, across six different metrics. Specifically we looked at: