Are We Ready to Wind Down Fannie and Freddie? 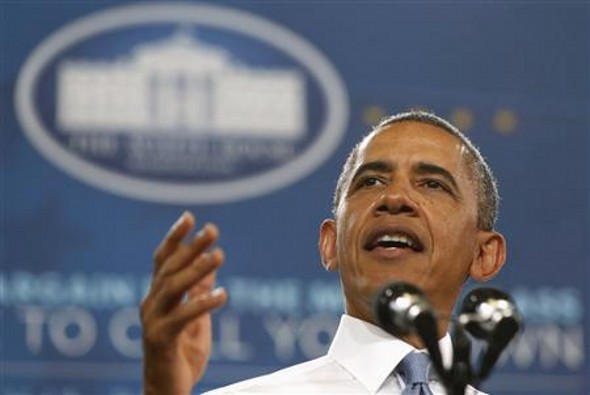 President Obama unveiled a plan to begin shifting the responsibility of mortgage financing away from the government and into the private sector. Effectively this would mean lessening the market share of Fannie Mae and Freddie Mac in the financing of mortgage loans.

“Today, the housing market is healing,” said the President, in his August 6 speech in Phoenix. “Now we have a chance to build on that progress… [to lay] a rock-solid foundation to make sure the kind of crisis we just went through never happens again. That begins with winding down the companies known as Fannie Mae and Freddie Mac. Private capital should take a bigger role in the mortgage market.” Full text of speech.

This has been a political talking point from as far back as the 2008 presidential election, even as Fannie and Freddie were being fully absorbed by the government to prevent their insolvency. In the wake of the housing crash that year, private investors fled the mortgage industry in droves. As a result, over 90 percent of all mortgage loans in the United States today are financed by one of the government agencies: FNMA (Fannie Mae), FHLMC (Freddie Mac), FHA (Federal Housing Administration) or VA (Veterans Administration). The combined balance sheet of the government’s mortgage obligation is a whopping ten trillion dollars!

Momentum for a change

Ever since the housing crisis, there has been talk of shifting the responsibility of mortgage financing at least partially into the private sector. But the risk of a sharp rate increase during a shaky recovery was too great for policy makers to take any substantial action. But as rates begin to rise, there may be both political momentum and private sector incentive for this shift to finally begin to take place.

“There is real momentum growing to finally move a structural housing finance reform bill that ends the Fannie and Freddie model of private gains and public losses,” said Senator Bob Corker, a Tennessee Republican who co-authored a bi-partisan mortgage reform bill currently in the Senate. While Congressional Republicans have fought Obama on most of his financial reform efforts, shifting government obligations to private sector investors is philosophically in-line with Conservative fiscal ideas. There is real hope for bi-partisan cooperation on these measures.

How can private investment be brought back?

Law makers know that to suddenly wind down Fannie Mae and Freddie Mac would cause a disruption in the mortgage market equal or greater to the subprime crisis in 2007-2008. Rates would spike quickly.

But as long as loans are available through government entities, well-qualified homeowners have no reason to go elsewhere.

The President’s new plan might finally address this problem. He proposed having the government partially insure private sector mortgage loans against the risk of default. This added security may be enough to encourage private sector investors from funding mortgages at rates that compete with the current market.

To understand this dynamic, it is necessary to know a little bit about how mortgage funding works. When a bank funds a mortgage loan, the money comes from an outside investor. Fannie Mae, Freddie Mac, FHA and VA are all such investors. The bank packages up multiple loans at the same rate, and sells them to the investing entity. This package of loans is called a mortgage backed security (MBS). Before the government’s role in the mortgage market ballooned so dramatically, MBSs were regularly sold the way any other bond security would be sold on the secondary market. MBSs were a common investment instrument for hedge funds, mutual funds and even 401(k) funds.

But after the financial crisis, mortgage bonds came to be considered extremely risky. Thus the note rate which the investment community was willing to pay for MBSs went up. At the same time, the Federal Reserve pushed rates on government bonds to historic lows. This discrepancy has almost completely eliminated private sector investment in MBSs.

The idea of having the government partially insure private equity investment will take some of the risk out of that investment. The price of any security—whether stock, traditional bond or mortgage bond—reflects a combination of risk and return. The higher the risk, the greater return the investor will demand. Government insurance will eliminate a degree of risk. Thus, the return necessary to lure investors (the rate on the mortgage) will fall.

Taxpayers are still on the hook

This question will surely be asked as President Obama’s new proposal takes its journey from grand ideas to policy meetings where an actual bill will be hammered out. Overall, the new approach does seem to have merit. It could prove to be only the first step in shifting mortgage financing back to the private sector. In time, as the free market takes over, a federal insurance policy may no longer be necessary. For significant reform, the first step is always the most difficult.