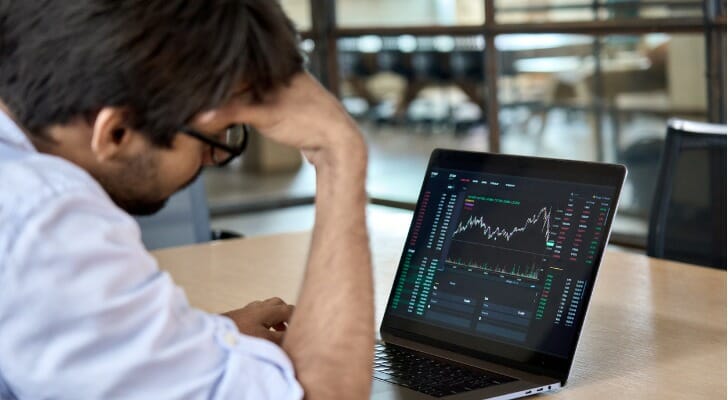 The first six months of 2022 were the worst the stock market has had in more than 40 years, officially entering a bear market on June 13. Despite some recent bouncebacks, investors remain worried. So much so that some have begun asking if we should start preparing for a full-blown market crash. There are two answers to that: First, it’s probably unlikely that we’ll see a full-blown market crash. Second, the market may not bounce back and in fact, may continue to fall. When a stock market is falling it can be one of the most important times to have an experienced financial advisor in your corner to help protect your assets and benefit from the drop.

What Is a Market Crash?

“Market crash” is not a technical term in finance, so there’s no clear line between a down market and a crashing one. In general, it refers to a very fast, very significant decline. Investors lose money as prices start falling, causing them to sell their assets for fear of losing more money, which drives prices down even further in a self-perpetuating cycle. If you look at a price chart, a “crash” is exactly what this looks like – a plunge.

There have been few crashes in modern U.S. history, in large part because financial regulations put in place after the 1929 stock market crash largely worked. In the 71 years between 1929 and 2000, U.S. markets recorded one crash. This occurred in 1973 when the oil crisis caused an average 48% decline in stock market prices.

In the late 1990s and early 2000s, Congress deregulated the finance and banking industry. Responding to arguments that the same rules that brought stability also hindered growth, lawmakers repealed or reformed many of the laws passed in the wake of the Great Depression. Since those reforms, the stock market has crashed in 2000, 2008 and 2020, roughly once every seven years, with the 2022 crash brought on by the coronavirus.

Why Do Markets Crash? 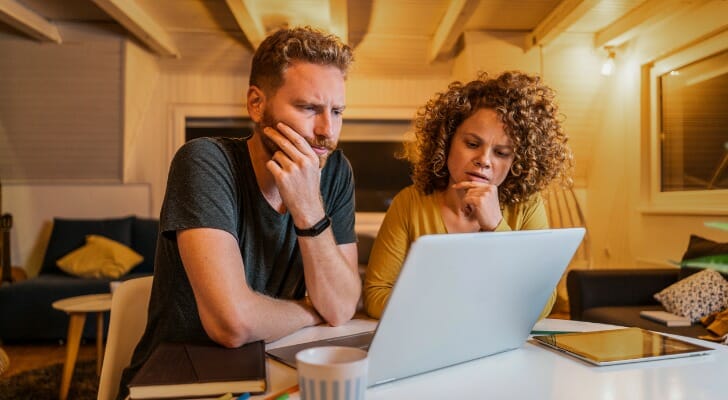 Markets crash for a variety of reasons. For example, in 2022 and 1973 the stock market crashed because of external events. The 1973 crash was significantly brought on when oil embargoes spiked the price of energy, creating chaos across virtually every industry. In 2022, the first widespread pandemic in over 100 years brought commerce to a virtual halt. These were crashes brought on by what economists call “exogenous variables,” issues outside the control of investors but that had an overwhelming effect on the business environment. An exogenous variable can influence markets up or down. When the effect is powerful enough, it can cause a crash.

Just as often, though, a stock market crash is a magnified version of a correction. In this case, the decline begins with overvalued assets or a buildup of bad risk. For example in 2000 the tech bubble had pumped vast amounts of money into unprofitable website-based enterprises, while in 2008 the same thing happened to the housing market and its related financial products.

Overvaluation and correction are normal cycles in the stock market. Assets get misjudged all the time, and when investors realize that they bet big on bad stocks it can cause downturns and even bear markets. When that happens on a large scale you can get a stock market crash. In particular, a market correction can turn into a market crash when feedback loops begin kicking in.

For example, a major contributor to the 1929 crash was leveraged trading. Basically, investors borrowed money to buy stocks. So long as prices went up, they made money and could pay back their debts. But when prices started to go down those investors started to go broke. This pushed prices down further, causing still more investors to default. Once the feedback loop starts it can be hard to break.

Fear and panic pretty much always set in somewhere along the way, and they have a lot to say in the process as well. Once stocks begin to decline, people start selling to try and avoid losing money. Their sales push prices down further which inspires more people to sell in another cycle that tends to feed on itself. 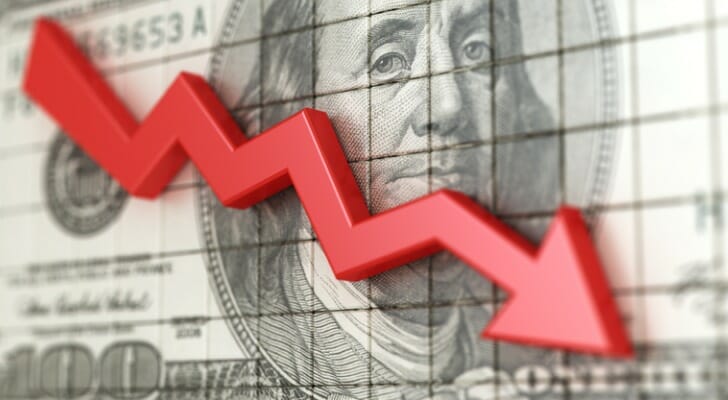 We’re sorry to tell you, but there’s absolutely no way to know. There’s a lot of volatility in the stock market right now. Between January 2022 and June 2022 the market suffered some of its worst losses in 50 years. The S&P 500 alone lost more than 1,000 points in that period, and the Dow Jones and NASDAQ suffered similar losses.

Economists have spent a lot of time recently studying major indicators like the consumer confidence survey and related polls, but that data has gotten increasingly difficult to rely on. In recent decades Americans’ views on the economy have aligned with their politics, with Republicans likely to give negative answers when a Democrat is in the White House and vice versa.

Inflation is at its highest rate since the mid-1980s, while the soaring price of housing and ballooning debt continue to drag down consumer spending with a brick wall of spending coming up once federal student loan payments resume in August. Energy prices are at their highest since 2008 when drivers paid more per gallon in inflation-adjusted terms.

At the same time as all that, employment numbers remain extremely strong and wages have gone up, indicating that Americans can still find good work at an increasingly good rate of pay. Whatever they may report in consumer finance surveys the quit rate, which measures how often people quit their jobs, remains at near-record highs. Traditionally, the quit rate correlates strongly with actual consumer confidence.

Gas prices have already begun to come down, albeit slowly and if inflation hasn’t yet declined it appears to have at least leveled off. Both of these might be supported by the fact that Americans’ personal savings have returned to historic norms. On top of all of that, at the time of writing the S&P 500 had recovered 200 points from its mid-June low point and the yield on mid-term Treasury Notes and Bonds has increased.

Investors who expect the market to go down tend to buy assets like the 10-year Treasury note as a safe place to keep their money, pushing the yield on those instruments down. A growing yield alongside rising stocks may indicate renewed investor confidence in the market at large.

Essentially, no one can predict when the stock market is going to crash and be 100% accurate. Inflation and interest rates may choke off a rally before it gains momentum, making July 2022 a dead cat bounce and pushing the market into a free-fall. Or a strong job market coupled with long-term repairs to the supply chain may ensure that the underlying economy remains strong, helping the market to recover quickly.

There’s no way to know, which means the best play as an investor is to follow your current strategy. Market downturns, even outright crash, pass. Continue investing for years, not months. Focus on a combination of index funds and fundamentals, look for long-term value and avoid get-rich-quick assets. And make steady, stable contributions to your portfolio.

There’s no way of knowing if the stock market will crash in 2022. While there are absolutely concerning indicators, there are also signs of strength in the underlying economy. Wise investors should keep investing for the long run and stick to their overall financial plan. However, a professional with expertise in dealing with market drops can help protect and prepare your portfolio for market conditions.