How to Invest in Carbon Credits 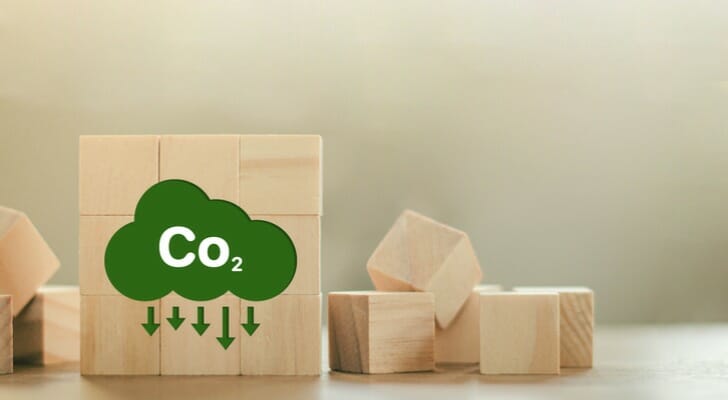 Carbon credits are becoming a popular idea for investment as governments begin to take the threat of climate change seriously. While ideally this will become an active investment option in the future, at the moment there are relatively few ways to get into this market; mostly because it doesn’t really exist yet, at least in the United States. However, there are opportunities, which are described here. If you’re thinking about investing in carbon credits, you may want to speak with a financial advisor first. SmartAsset’s free tool can match you with advisors who serve your area.

What Are Carbon Credits?

A carbon credit is a permit to emit greenhouse gases. Generally speaking, one credit allows the owner to emit one ton of carbon dioxide. This volume is not fixed, and different credits can apply to either different amounts or different gases. But unless otherwise specified, one ton of carbon dioxide per credit is the standard. Emissions sources such as coal mines and power plants have to buy emissions permits on a market set up to trade the permits. Companies that emit less than their permitted amounts can sell their excess permits on the market.

The idea behind a carbon credit is that it measures and limits the amount of greenhouse gases that an economy will emit. For example, say a company runs a factory and a fleet of delivery trucks. Its factory emits 10 tons of carbon dioxide each year and its trucks emit 1 ton of total carbon dioxide. This company would need to either receive 11 carbon credits each year for these emissions or reduce the amount of fossil fuels it burns.

There are two types of carbon credits: voluntary and regulatory. In a voluntary system, companies use carbon credits to track their greenhouse gas emissions. The most common form of this system is called an “offset,” in which carbon credits are created through greenhouse gas reducing practices, such as planting a forest or running carbon-capture systems. For each amount of gas pulled out of the atmosphere, one credit will be created for putting gas back in. Companies can run this system internally, but in most cases third parties will run the offset program and sell carbon credits to participating companies. There is no enforcement mechanism in a voluntary system; it is entirely self-governing.

A regulatory system is one in which a government issues carbon credits. A regulatory body will set a cap on how much carbon dioxide an industry or economy can emit in a given year then release credits meeting that amount. Companies can sell and trade these credits among themselves. This creates a private market for carbon emissions known as cap and trade; the government has capped emissions, but allows companies to trade those credits privately to determine their most efficient use. Once issued, credits do not expire.

How to Invest in Carbon Credits

The biggest challenge, at least for investors who want to have a “green” portfolio, with carbon credit investment is that they don’t exist in the United States.

As discussed below, the ideal version of carbon credits is a system called “cap-and-trade.” This is an open marketplace in which companies and individuals can trade carbon credits freely, and one in which those carbon credits represent the emissions for entire industries or the entire economy. Neither this nor any other carbon credit system has been instituted by the U.S. government, although California and some states in the Northeast have limited credit programs for their power grids.

Carbon credits are enforced in Europe through a system called the European Union Emissions Trading System, however, they are traded through a government-based auction system and a restricted marketplace. As a result, there are not many ways to effectively invest in carbon credits. This is a system that is still more of a policy proposal than a reality. However, for interested investors there are a few ways you can approach the issue.

It is difficult to invest in carbon offsets through individual stocks.

The best way to pursue this investment option would be to buy shares of stock directly in companies that sell carbon offsets, which are a privatized form of carbon credits. That is, you would look for companies that reduce carbon dioxide in the atmosphere and then sell per-unit credits to other companies based on those reductions. For example, for every 1.1 tons of carbon a company removes from the atmosphere, it might sell a credit to put 1 ton of carbon in.

These programs are relatively popular for companies interested in corporate social responsibility. The carbon offset market is largely voluntary, very new and made up of a shifting network of nonprofits and startups. In addition, many companies that engage in carbon offsets will do so through internal projects.

While there is no cap-and-trade market in the United States, both California and some states in the Northeast have created regional experiments. In addition, both Europe and the United Kingdom operate formal carbon credit systems. This has created a market for commodities traders.

You can buy futures and options contracts in the few carbon credit systems that operate globally. These are sold through standard markets such as the Chicago Mercantile Exchange. However, readers should be advised that carbon offsets should be treated as even more volatile than most commodities.

For most investors the stronger option is through one of the many exchange-traded funds and exchange-traded notes that have emerged around the carbon market. These include popular options like the KraneShares Global Carbon ETF, which tracks handful of existing markets for carbon offsets, or the iPath Series B Carbon ETN. These represent portfolio-based approaches to investing in carbon offsets, in which the fund invests either directly in offset markets or in companies that participate in carbon credit programs. 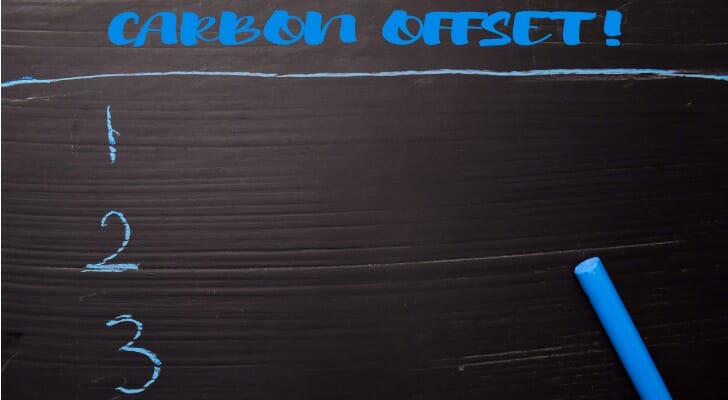 However, you can purchase carbon offsets from a wide range of companies. For example, it is common for airlines to offer carbon offset programs to their passengers. In this program you typically purchase offsets on a per-mile basis, and the company then takes measures to offset each the amount of carbon generated by each mile travelled. If you buy 100 miles of offsets, say, the company would take carbon-reducing actions based on the emissions produced in 100 miles of your flight.

However, this is not a system in which companies hold offset credits, buy credits back or otherwise sell you a tradeable asset in exchange for your money. This is a way of giving back, but you do not gain anything of financial value. Readers who are interested can learn more about this system here. 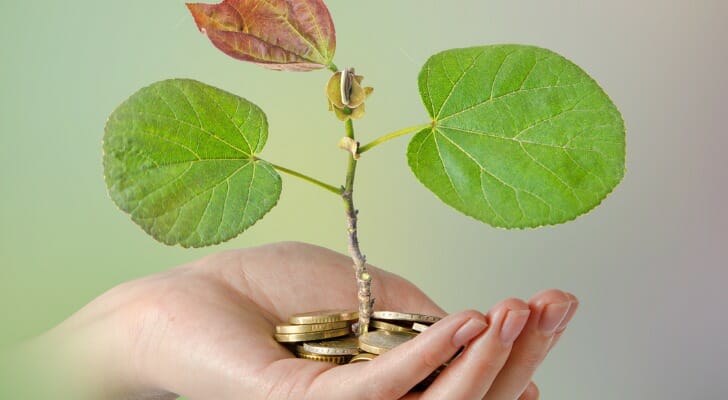 Carbon credits are a way of offsetting greenhouse cases through a market-based system. While this kind of public market approach, which operates in both voluntary and regulated modes, doesn’t exist yet, there are still some ways you can invest if you would like. Chief among these ways is futures. You can trade futures individually or you can buy funds that trade carbon credit futures.