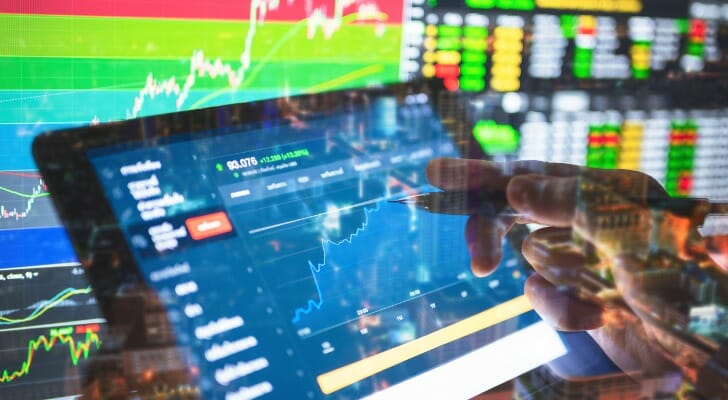 Foreign currency and cryptocurrency may sound like similar, even overlapping, asset classes to many investors. They could be forgiven for thinking that non-U.S. currencies and Bitcoin share the same rules and should occupy the same part of your financial planning. Nothing could be further from the truth. In reality, cryptocurrency and foreign currency share little more than a name. These are radically different assets in both form and function. Here’s what you need to know. Consider working with a financial advisor as you weigh whether to invest in either of these types of securities.

Foreign exchange markets, or forex, is the field of investing in foreign currencies. Specifically, you invest in the exchange rates between currencies, making money as currencies gain or lose value against each other.

Investing in forex means investing in the movement of global economies. You are trying to predict which economies will gain and lose strength against each other and how their currencies will reflect this. You are also trying to predict how debt levels, import/export ratios and countless other factors will shift the demand for various currencies. Ultimately this system is based on the movement of money around the world as governments, companies and even individuals make purchases across borders.

As one of the most complex areas of investment, because there is no single marketplace, it’s not recommended for beginners. While traders can come together through specific brokerages and banks, every currency has its own relationship with every other. There is no central market or clearinghouse which controls these trades in the way that there is with a stock that gets listed on an exchange.

An Example of Forex Trading 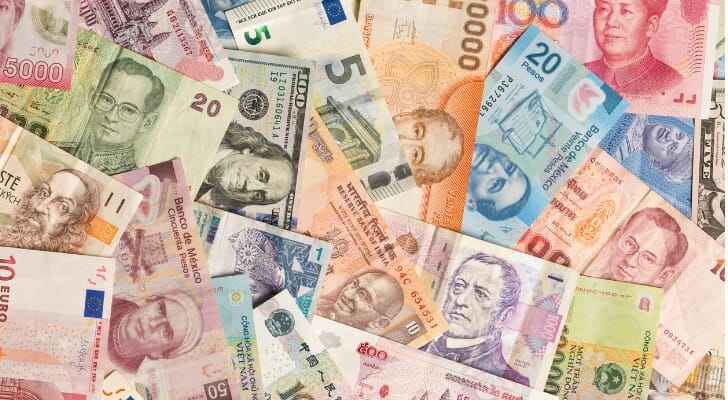 The best way to understand forex is by example. Say that you are an American investor whose base currency is the U.S. dollar. In other words, you take home your profits and pay your taxes in dollars. You hold $100,000 in your brokerage account with which to invest. When a forex trader invests they literally convert one currency to another. Instead of holding dedicated assets in a separate account, they simply hold different forms of cash in their portfolio. (In many ways a forex trader’s portfolio is a large and diverse bank account.)

Cryptocurrency is a digital asset. This means that any given unit of crypto doesn’t have a physical form that you can pull out and hold in the way that you can withdraw a physical dollar. Instead the only place where a token (the base unit of a cryptocurrency) exists is in the digital account that says you own it.

The underlying technology behind cryptocurrency is complex and beyond the scope of this article. However, it’s worth noting that traditional, or “fiat,” currencies also increasingly work this way. For example, at time of writing the U.S. Treasury counted approximately $6.3 trillion in printed cash. At the same time the U.S. economy was worth about $23.67 trillion. That excess $17 trillion, the gap between the economy’s size and the amount of printed dollars, exists only as account entries on computer screens.

At time of writing there were around 6,000 individual currencies in trade, although that number fluctuates very quickly. Some, like Bitcoin, are intended as pure currencies. This means that the code behind this product does nothing other than make and regulate the supply of tokens. The whole idea is that you will spend them these tokens same way you would U.S. dollars and British pounds, paying for coffee and rent in Bitcoin tokens.

Others, like Ethereum, are intended as technology projects. This means that the code behind this cryptocurrency does something else and it uses the tokens as a way of funding or otherwise advancing that project. These are alternatively known as utility tokens because they are intended to do something practical rather than exist as a pure financial product.

This is the theory. However, despite having been around for more than a decade, no cryptocurrency project has ever moved beyond proof-of-concept. Pure currencies, such as Bitcoin, are traded as novelties but vendors who accept payment in Bitcoin then turn around and exchange it for a fiat currency with which they can buy a cup of coffee. And despite years of development, no crypto-based technology project has ever produced a marketable or successful product.

In practice, cryptocurrency functions a speculative asset class. While this may someday change, currently cryptocurrency is a trading commodity and not a functional currency or software utility. Almost all activity in cryptocurrency is based on traders buying and selling these tokens in hopes of making a profit in some form of fiat currency.

Very few people want bitcoins. What they want are the dollars they will get from selling their Bitcoin tokens.

Crypto vs. Forex as an Asset 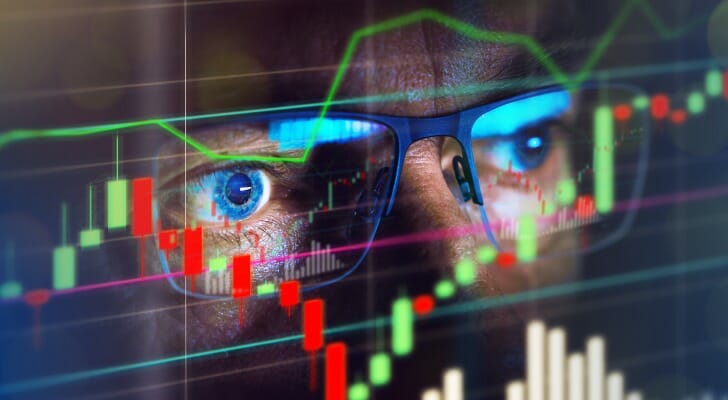 Cryptocurrency and forex are similar in that both are volatile, highly speculative financial assets. Investors buy and trade these products not for fundamental value, in the way that someone might buy and hold a stock for the value of owning a part of a company’s underlying equity. Instead they do so for the trade value. That is, the value of owning a foreign currency or cryptocurrency comes almost exclusively from reselling that asset to another trader.

There are several key comparisons to keep in mind:

Cryptocurrency and forex are actually fairly similar in this regard.

Both of these markets theoretically have a massive number of potential assets that you can trade. A forex investor can, in theory, trade literally any pair of currencies in the world. Meanwhile, a cryptocurrency investor theoretically has thousands of crypto projects.

In practice cryptocurrency offers a far more narrow market than forex, but both are theoretically large asset classes that are heavily defined by a small number of products.

The forex market is far more liquid than cryptocurrency.

As noted above, cryptocurrency is defined by the market for Bitcoin and there are a fixed number of bitcoins in circulation. What’s more, despite roughly $2 trillion in overall value, the cryptocurrency market is far smaller than it seems. With anywhere from $1 trillion to $1.4 trillion of that market held in bitcoins, there is a limited amount of room for investment in any token other than the high-volatility Bitcoin product.

By contrast forex has a market of a little more than $6.6 trillion at time of writing. This is held across a wider range of assets than the cryptocurrency market and a wider range of investors, meaning that investors will have a far easier time finding someone who can and will trade with them.

Forex is a highly volatile market. This should not be underestimated by any investor looking to get into the field. It is extremely difficult to predict how a currency will change at any given time, and it takes a large investment to make any significant money. As a result this is a very risky field of investment.

Cryptocurrency is even more volatile still. Bitcoin alone has experienced swings that double its value before cutting that market cap in half. The same is true of many lesser assets in this market. It is very common for investors to make a fortune and lose their shirts in the same week, even if you only ever hear about the people who made money.

Forex is a highly regulated market. This asset class has existed for as long as there have been markets in which to trade, and its volatility and global implications mean that governments take a very strict interest in people who trade currencies.

Cryptocurrency, on the other hand, remains something of a wild west. Crypto markets continue to insist that they are building technology products no more subject to SEC oversight than a Word document, while simultaneously turning advertising the benefits of investing in their cryptocurrency marketplaces. Government officials haven’t quite made up their minds about any part of crypto regulation, and action has slowed down as the market has grown larger.

This means that investors can more easily enter the crypto space as there are fewer regulatory hurdles to buying in. However, it also means that there is much more long-term uncertainty surrounding crypto. The Securities and Exchange Commission, IRS, U.S. Treasury and other relevant bodies will eventually regulate the cryptocurrency market just as they do all other securities marketplaces. (The extraordinarily high incidence of fraud among new crypto projects pretty much guarantees that.) As a result, investors should trade knowing that the only question is what those regulations will be, not whether they will happen.

Forex and cryptocurrency are two radically different asset classes. Both offer speculative, volatile ways of investing. However, they are otherwise different products in form, function and long-term stability.