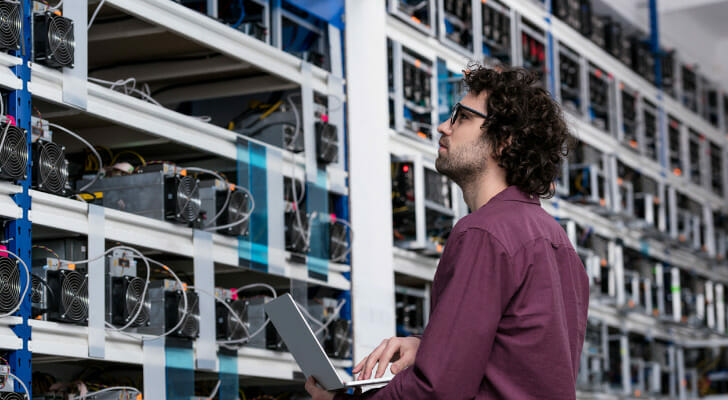 Cryptocurrency isn’t the easiest thing to understand — there are a lot of moving parts, and it involves math and computing concepts that most people just don’t get. Well, if you’re struggling, there’s bad news — one prominent cryptocurrency is about to get a bit more complicated. Ethereum, a decentralized, open-source blockchain whose Ether is generally considered to be the second most popular cryptocurrency behind Bitcoin, is getting ready for the so-called Merge, set to happen in September. If you don’t quite understand what that means, don’t worry — you are surely not alone, and this article will walk you through what you need to know, including what investors should expect for the price of ETH.

For more help with financial planning considerations, consider working with a financial advisor.

Ethereum is an open-source computing platform and operating system. On that platform there is a cryptocurrency called Ether, which can be mined, sold, purchased and in some cases used to buy goods and services. The currency has a blockchain, a record of transactions which tracks the usage of the currency.

To purchase Ether (or any other cryptocurrency) you’ll generally need a crypto wallet, which can live on your computer. Using this wallet you can buy and sell coins and manage your account

You can also purchase Ether on a number of brokerage platforms, including Robinhood and Coinbase. You can also invest in Ether using a fund that invests in crypto.

Ether can also be “mined,” which involves using powerful computers to essentially solve complex mathematical problems. When you’ve solved a problem, you get some Ether — if you’re the first person to solve it. 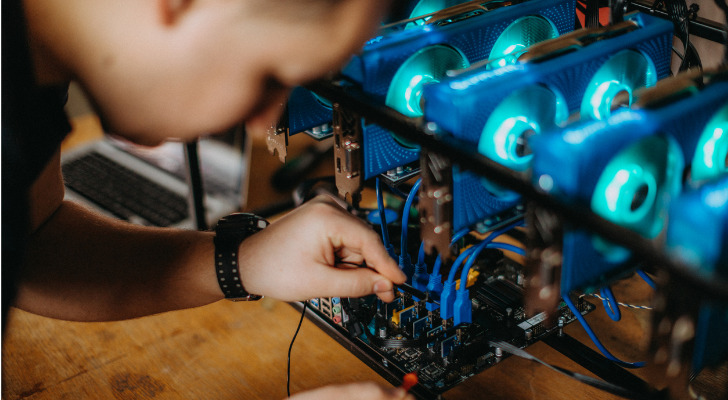 Ethereum is set to start a process known as the Merge, which many consider to be one of the most significant events in cryptocurrency history.

Here’s what it is: essentially, Ethereum is changing the way transactions are put into the blockchain that tracks the currency. Remember, the blockchain is added to and altered by users, not by a central agency. With that many people accessing the blockchain, there is the need for a security program.

The problem for Ethereum is that the security system it was using was contributed massively to pollution. Bitcoin mining operations use up a tremendous amount of energy, which both drives up costs for the surrounding community and creates enormous amounts of emissions, which is especially troublesome to anyone concerned with climate change.

To fix this issue, Ethereum is no longer using what is called “proof of work” to maintain the blockchain. That’s the process described above, where miners solve problems. Instead, the currency is moving to a process called proof of stake.

In proof of stake, anyone who adds to the blockchain must own at least 32 Ether. Currently, that’s worth more than $50,000. If you are found to have inserted a false block onto the blockchain, you lose all of your coin. This potential loss is meant to scare off would-be vandals. Instead of solving puzzles to add blocks, an algorithm will pick someone. The more coin you own, the more likely you are to be picked.

With the need for computer rigs to mine Ether no longer needed, the energy use from Ethereum is expected to fall 99%.

What the Merge Means for the Price of ETH

It is not entirely clear how the Merge will affect the price of ETH, but signs point toward the positive. The price of ETH has rise about 6% over the last five days in anticipation of the merge. Of course, its current value of about $1,650 is down off highs near $5,000. And over the last year in particular, ETH has dropped more than 52%.

Some believe the momentum from the Merge may send the price of ETH soaring to $2,000. And the greener cryptocurrency may also be good news for the pricing, as companies that were hesitant to do business in Ethereum as a result of its large carbon footprint are now more likely to conduct transactions over the Ethereum blockchain. Corporate adoption of Ethereum, especially among firms increasingly mindful of ESG, could be a boon for ETH pricing. It’s, of course, uncertain the Merge will come off without a hitch. But the added security in place to defray potential hacking also is a vote of confidence toward Ethereum that builds trust and interest. 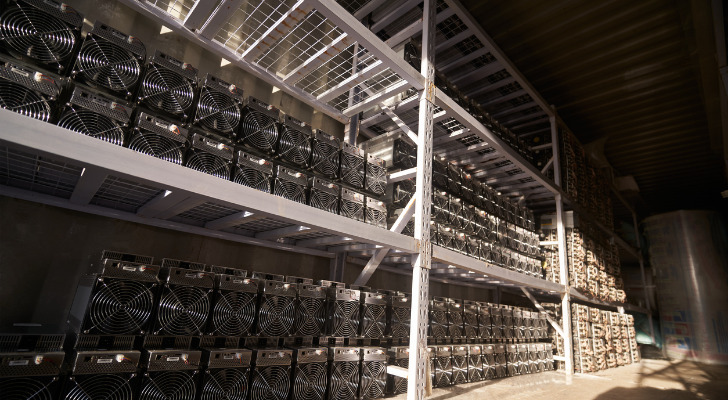 Ethereum, a blockchain platform whose Ether is one of the biggest cryptocurrencies in the world, is going through a process known as the Merge. This will switch the cryptocurrency from a “proof of work” model to a “proof of stake” model, which eliminates the need for mining operations employing huge banks of computers. It is expected that energy use from Ethereum will drop 99%. The Merge could end up being a boon for ETH pricing.