Are You Covered? Home Insurance Loopholes 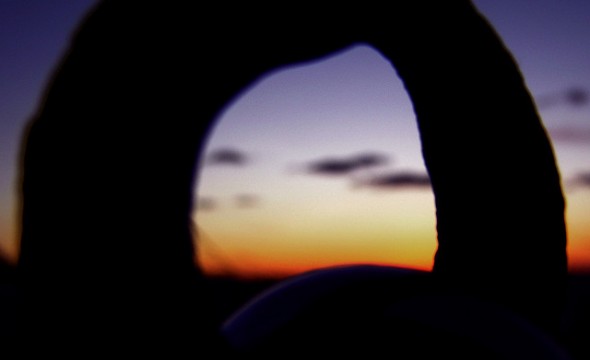 It’s everyone’s worst nightmare, you walk in your front door and your house is trashed. In my nightmare there’s 10 inches of water covering the first floor and my cat is floating on top of an ottoman like some sort of bizarre version of the tiger in the Life of Pi. Than the cat says, “If your insurance doesn’t cover this I’m outta here!” In my nightmares the animals always talk.

The cat did raise a very important question though, am I covered? In my case I am because this is a recurring nightmare of mine and I live in a flood plain so I have federal flood insurance in addition to my regular homeowner’s policy. I confess the idea of the cat moving out is not all bad.

Every year numerous homeowners face an unclear future when they are told that their homeowner’s policy doesn’t cover their loss. Water, fire, ice, theft, vandalism, the reasons vary from policyholder to policyholder but the result is the same. Claim Denied! No matter how much they insist that they believe they were covered, the reality is altogether different.

Too often homeowners concern themselves with what is covered rather than what is not covered by home insurance. The first step in avoiding a real life nightmare is to take out your homeowner’s policy and turn to the section labeled “Exclusions.” This is the place where homeowner horror stories are born.

Your policy’s exclusions spell out in more or less plain English what is not covered.  When reviewing your exclusions you will have to make certain value judgments about what risks are worth the expense of adding insurance to cover them and what are not.

Some of the gaps in coverage can’t be filled at any price, like the exclusion for intentional loss. This means something you did on purpose to cause a loss. Others may not pose a significant risk for where you live and are just not worth the expense to protect against. These include things like nuclear hazards and acts of war (including undeclared, like terrorism and civil wars).

Water is one of the most powerful forces in nature and even a small amount can cause catastrophic damage to a house.  Homeowner’s insurance companies almost never cover flood insurance at any price. I say almost because they will provide coverage for very high value property ($10 million or more) as a courtesy to exclusive customers.

In order to protect you home from flood damage resulting from tidal surge, stream and river flooding, groundwater and rain you will have to purchase a separate flood insurance policy from the federal government.

Rain can be a tricky subject with homeowner’s coverage because it can be covered in some cases but not others. For example if your roof gets damage in a windstorm and rain gets in you’re covered. Unless you live in a hurricane exclusion zone in which case you will not be covered unless you have hurricane coverage.

Moisture can cause mold to grow and mold can be an expensive problem to get rid of. Mold like rain is one of those issues that really depend on the circumstances as to whether or not it is covered. Mold that results from the house being damp is usually covered. Mold that occurs because of neglected maintenance like a leaky roof or faucet is probably not covered.

Neglecting your home’s maintenance is grounds for your insurance provider to deny all sorts of claims. Rain damage may be denied if you neglected to fix a hole in your roof, or if a pipe burst because it froze and your insurance company can show that it froze because you did not heat your house, it won’t be covered.

It should go without saying that you are not a guest in your own home but I’ll say it anyway. Medical expenses resulting from injuries sustained in or around your home are covered for guests only. If your brother-in-law falls down your front steps and gets hurt, chances are his medical expenses will be covered by your homeowner’s insurance.

On the other hand if you try and prevent your brother-in-law from falling down your steps and fall down them yourself your medical expenses are not covered. Although your brother-in-law should show his gratitude for your sacrifice with a few bucks to help out. The same applies to all the members of your family that live in the house.

In the event your home is burglarized or damaged by fire or some other catastrophe your personal possessions are covered…to a point. That point in most cases is about $10,000 total. This includes jewelry, firearms and cash among other things.

Understanding the limits of the coverage for personal items and the rules for filing substantiating a claim in the event of a loss is vital. Collectors should keep photos and appraisals off site to ensure that you can prove the value of your possessions. Of course additional coverage can be obtained and rates will vary dependent upon factors like home security.

Many homeowners learn the difference between the purchase price of their home and the replacement cost when it’s too late. Homeowners can find themselves on the short end of an insurance claim especially when they have owned their home for a long time because the amount of coverage they have is based on the price they paid for the home years before and not the cost to replace it now.