Why the Rich are Getting Richer 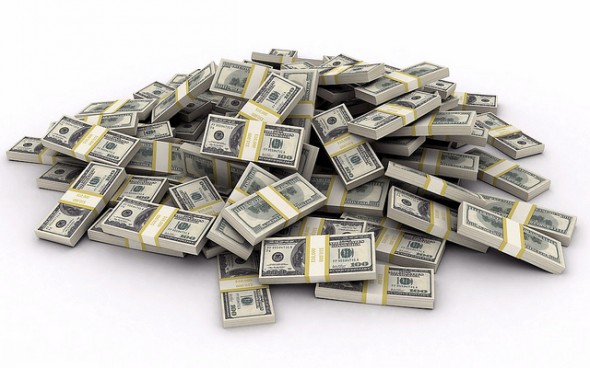 As the economy has recovered over the past few years, so have the wallets of the richest Americans.  The top 10 percent of earners took home more than half of the country’s total income in 2012.  Think about that statistic for a moment and let it sink in.  Nearly 50% of all the money made last year in the United States went to only 10% of the population.

But it’s not like these top 10% income earners did anything special to get where they are.  Most of their gains came by way of increased housing values and higher stock prices.  And since stocks are taxed at the much lower capital gains tax rate (instead of income tax), most of these wealthy Americans will pay less in taxes than every day people like you and I.  All they did was see an opportunity and take advantage of it, are they to blame for that?

The reason why capital gains taxes are so low is due to the Bush era tax cuts that have been extended multiple times.  The usual argument for lower capital gains taxes is that it encourages investment and in theory that argument makes sense.  If more people invest in stocks, then businesses will have more money to re-invest in hiring workers and pay better salaries.  In real life though, this couldn’t be further from the truth.

We’ve seen numerous examples of companies treating their board members to lavish bonuses and benefits while they scale back their work force and reduce or eliminate benefits to blue collar workers.  The truth is that lowering capital gains taxes hasn’t worked, it’s only made the rich richer since they are the ones who get to take advantage of the law.

We know that the inequality gap is getting bigger and bigger due to the Bush era tax cuts but there’s no reason that only the rich can take advantage of the more favorable capital gains tax treatment.  The top 10% of income earners have done some pretty smart things to get where they are and instead of complaining about how much money they make, why not go ahead and try to emulate what they do?

Get Smarter About Your Taxes

The best way to avoid paying taxes (legally of course) is to delay taxes until you’re in a lower tax bracket or invest in things that are tax-subsidized by the government in some way.  Here are some of the best ways you can get smarter about your taxes and pay less while also increasing your annual income.

Although wealth inequality is growing, it doesn’t have to be that way.  It’s up to the individual to assess the laws and do everything in their power to capitalize on them.  Everyone is entitled to the same tax treatment and must follow the same laws but it’s the top 10% who know how to take advantage of it all. Until now.