Are Mortgage Interest Deductions Set To Disappear for Good? 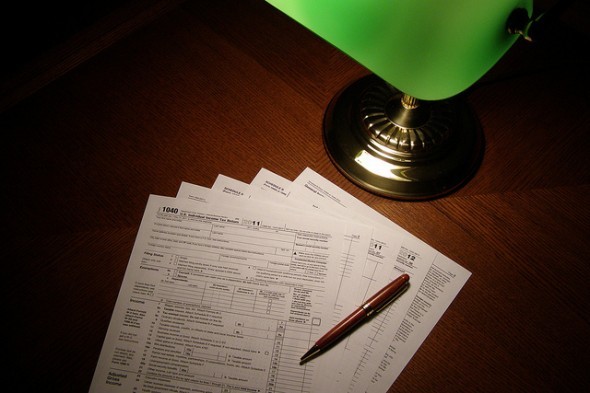 If you are a homeowner, you are very familiar with the mortgage interest deduction you claim on your taxes each year. No doubt you are a big fan of it as well! But whether you have a mortgage now or are considering buying a home with a mortgage in the next few years, you should be aware of proposed changes in the tax code which may change or eliminate this benefit of home ownership.

Find out now: How will my mortgage amortize?

Congress is at it again!

There is a great deal of support from both Republicans and Democrats in congress to simplify the tax code. As one would expect, however, there is vast disagreement on how it should be done. One of the hot issues over the last few years has been tax deductions, including the mortgage deduction. This was a big part of a recent proposal outlined by the House Ways & Means Committee.

Even if tax code is your thing, I would not advise laboring through all 568 pages of the House document. Whatever reforms eventually go into effect will surely look much different and then you will wish you had spent your time reading a good novel!

But although we don’t know what they will be, we do know that changes are coming to the tax code, and perhaps to the mortgage interest deduction.

How will it impact me as a homeowner?

The impact on each individual homeowner will depend on the final “Grand Bargain” between the two houses of Congress and the White House. There are two strong possibilities for the shape the reforms will take.

The first would cut the amount of mortgage balances on a primary residence eligible for deductions from the current 1.1 million dollar level down to somewhere around $500,000. While this seemingly would not change things much for homeowners in the majority of the country, where mortgage amounts rarely exceed this level, it would have a drastic impact in high cost areas such as the New York Tri-States region and the San Francisco Bay Area, among others, potentially cutting the current home pricing rebound off at the knees.

This would create an artificial “cap” above which buyers may be reluctant to finance. Consequently sellers may begin to limit their asking prices. For example, a seller  who wants to sell quickly, might ask $625,000 to keep an 80% mortgage at $500,000 (assuming this is the level chosen). Indirectly, this would affect valuations throughout the country, not only in high cost areas.

The other strong possibility for reform to tax deductions is to place a limit on all tax deductions. For most homeowners, the mortgage interest deduction is by far their largest tax deduction, so depending on how many other deductions you have, this could be a big change. If lawmakers go this route, it is still uncertain whether they will choose a specific dollar cap on deductions, or whether it will be as a percentage of income. The former option would only hit higher earners, the latter one would squeeze just about everyone.

How can I protect my personal finances?

First the good news for homeowners—there are plenty of influential people in Washington who see the risk to the housing recovery in dabbling with the mortgage interest deduction and are lobbying for congress to go another direction with tax reform.

But even if changes are implemented, it is not advisable to make your decision on purchasing or refinancing based on the amount of deductible mortgage interest. You have to be comfortable living with your mortgage payment each month, and April 15th can always bring surprises. Carefully review all the expenses of home ownership to determine if you are in a position to afford the home you want. Keep a watchful eye on changes to the tax law, but do not let it distract from sound decision making at home.