Watching at Work: The Cost of the World Cup 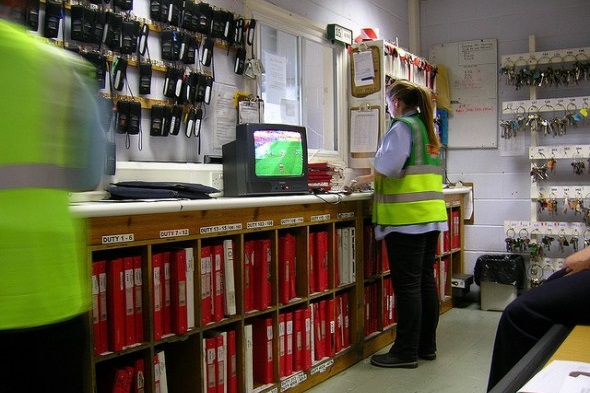 Once every four years, in the height of the summer, the whole world turns its gaze to a single nation for the defining championship of the most popular sport on the planet. The FIFA World Cup (of soccer, football, or whatever you care to call it) has long been a cultural institution and the governing body estimates that half of the people in the entire world will have watched at least some portion of the tournament.

Interactive Infographic: The Impact of the World Cup on Economic Productivity

Of course, the world doesn’t just stop for the sake of the Cup – the total GDP of every country works out to about $239 billion in money being made per day, which is a lot of work being done any way you slice it. But the billions of World Cup fans may take time out of their work days (and nights) to watch the matches, which means a brief but noticeable productivity dip in many economies.

SmartAsset wanted to find out how much work the World Cup is going to cost each of the participant countries. To do this, we used FIFA’s own breakdown of the viewership of the 2010 World Cup to estimate viewers per match per country, then used International Labor Organization statistics about percent employment to determine how many of those viewers are employed. These figures were further broken down by day, evening, and night shifts, as well as by weekend workers for Saturday and Sunday matches, according to the Bureau of Labor Statistics’ percentages for United States workers, used as an estimate for the rest of the world.

The World Cup’s games are being played in Brazil – the time zone five hours behind Greenwich Mean Time/UTC – but not every country gets the live broadcasts at the same time of day. So we adjusted the game times with the time zone offsets for locations from GMT -12 to GMT +12, then calculated how many hours of games fall into the workday, evening shift and night shift periods in each time zone. This way, we were able to find out how many workers on the clock would be able to see each day’s matches in each country.

Using FIFA’s average audiences as a benchmark number for an audience in a particular country viewing a group stage game their national team is not playing in, we increased the audience for games featuring the national team, as well as by a greater multiplier for each of the rounds beyond the group stage. We weighted the final most heavily of any individual match, because all eyes are on the finalists.

Having found out the lost person-hours of work this way, we multiplied by the average wage, courtesy of the World Bank, to find the lost monetary productivity in each country, across the group round and for each potential knockout game to be played.

Our interactive World Cup infographic lets you enter your bracket for the knockout rounds to find out just how much money would be lost around the world in those match scenarios. My own bracket – with the Netherlands triumphing over Germany in the finals – projects a $7,317,318,078 loss of productivity worldwide. We invite you to check your own picks out.

Interactive Infographic: The Impact of the World Cup on Economic Productivity