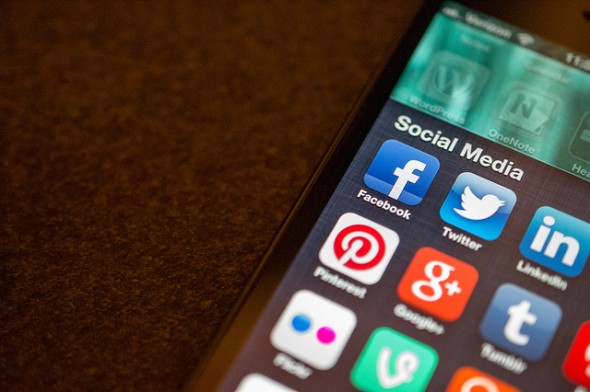 I would like to make a confession right here, right now. So if you are squeamish about other people’s deepest darkest shortcomings look away so as to avoid irreparable permanent injury. I don’t do social media.

Ok, you can look now the coast is clear. No more ugly personal confessions.

But while I stay off of Twitter and FourSquare, I’m well aware of how many people are constantly checking into social media accounts.  In fact, I am friends with a few famous, semi-famous and people who used to be someone important but aren’t anymore. All but one, a former pro athlete who only has a very private Facebook account, are on social media. They are constantly tweeting and posting all sorts of touching, amusing, interesting and thought provoking comments.

The problem is that the touching, amusing, interesting and thought provoking comments aren’t theirs! Many celebrities, along with esteemed academics, politicians, religious leaders and corporate decision makers, don’t run their own social media accounts.

Why? Mostly because they’re too busy doing whatever it is that made them famous in the first place! Let’s be honest, social media for celebrities is PR.  That’s fine- more power to them for it being so darn inexpensive. No wining and dining star-struck reporters, no manufactured photo ops. Just a few faux posts from total strangers is enough to satisfy another legion of total strangers that they have an intimate personal relationship.

How Fake is Fake?

Once upon a time in the Golden Age of Hollywood celebrities both minor and major paid PR people to arrange interviews with reporters and to get information out about the celeb’s upcoming movie, love life or incredibly dangerous macho hobby. The reporters that wrote the stories were at least in the same room or building as the celebrities they wrote about once in a while. The information they got, while hyped, was only one person removed from the source.

Flash forward to now and the plethora of personal posts and tweets from the rich and famous is epic. It’s almost as if they do little more with their time then make movies or record hit songs and post to social media. The reality is in fact much different. Many of the posts that fans fawn over are fake. How fake you ask? As fake as old Hollywood false eyelashes times 1000! There’s so much space between the social media posts and the celebrities whose name is associated with them that you could pass a continent between them.

The system works when a celebrity’s agent or manager hires a PR firm which hires a ghost posting company which hires a freelance writer who agrees to sign a non-disclosure agreement and gets paid pennies a post to make stuff up and post it online. Here’s a visual aid to help you appreciate just how far removed the posts you read are from the source.

Some celebrities do interact with people down information food chain but not many and not much. Sure there might even be the very rare celeb who reached out to their ghost posting alter ego once to say hey.

So next time you find yourself thinking that social media is providing some sort of deep insight into the emotional psyche of your favorite star, pause for a second. That guy you see every week at the coffee shop typing away at his computer, may just be writing those texts about fabulous vacations and red carpet events.