Revealing the Truth About College Rankings 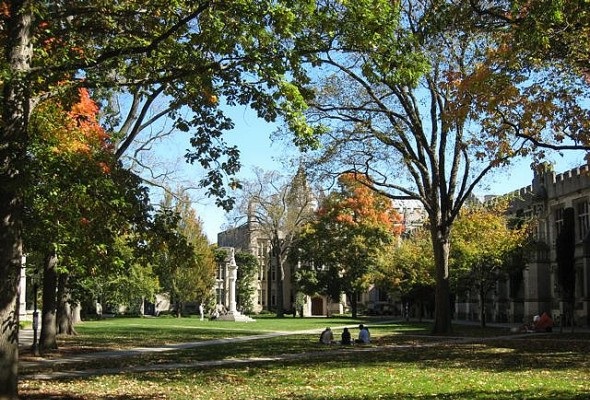 At the beginning of each fall, when thousands of college students are filing into classrooms and dorm rooms across the country, schools and students alike wait in anticipation for the famed U.S. News & World Report College Rankings.  The rankings are among the most famous of all the collegiate rankings produced annually but each year there’s undoubtedly more and more controversy.  Since the rankings fail to take into account a multitude of factors and overweigh certain aspects not everyone thinks they’re a very good measure of the quality of a university.

There’s really no suspense at the top either since the same Ivy League schools make up the top three nearly every year: Princeton, Harvard and Yale.  It doesn’t take a genius to know that these schools are some of the best in the country but are they really better than other top public schools when you take into account the tuition costs and job prospects of their respective graduates?

The Cost of College

One of the big omissions from the U.S. News’ College Rankings formula is the cost of attending the university in question.  We know that the cost of college is increasing at about 3x the rate of inflation and part of the reason is due to the fact that these rankings reward schools for spending money.

There’s no mention of the debt students take on by attending these schools. A lot of this debt is fueled by the beauty pageant that is college rankings.  Colleges don’t have much incentive to lower their tuition either since more and more students are going to college and taking out loans to do so.

If college really is an investment, then you need to take into account the amount invested (the cost of attending a certain college) and the outcome.  What are your job prospects when you graduate one of these top 10 schools and how much money will you make?  The US News’ Rankings fail to take into account what happens after students leave their schools.  Instead, they focus on what the ACT/SAT scores of incoming freshman are and how they compare to other schools.

Are Job Prospects the Same?

There’s no question that in order to attend a top school like Harvard or Yale students must show exemplary qualities, but is a degree from one of these schools worth more than a degree at a state school?  It probably is but not for the reasons you might think.  Most top schools, whether fair or not, have more resources and opportunities available to their students.  However, it’s up to the individual student to take advantage of them.

If a student has been accepted into a strong Ivy League school, they most likely display the characteristics of someone who will be successful after college which is why we tend to equate Ivy League with success.  In other words, the person behind the degree is what makes the degree so valuable.

These rankings do a decent job of getting schools in the right neighborhood ranking-wise but there’s still a lot to be improved on.  Students and parents love to boast how highly their school is ranked but in the end it’s more about the student attending that school than the school itself.