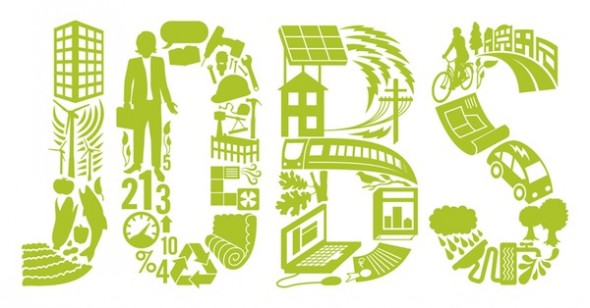 The latest jobs report is finally out. Despite some dreary predictions from economic experts, the numbers are actually better than expected. According to the report compiled by the Bureau of Labor Statistics, the economy added approximately 204,000 jobs in October. That is double the 120,000 that was initially projected. That also makes 44 consecutive months that jobs have been added, suggesting that the economy is maintaining its moderate pace to recovery.

During the month of October, the jobs report shows unemployment increased slightly from 7.2% to 7.3%. Government officials have attributed this to an unusually large drop in the labor force participation rate. The percentage of Americans who were employed or actively seeking employment dropped from 63.2% to 62.8%, the lowest in 35 years.

It’s believed that the numbers may have been skewed slightly by the federal shutdown, which saw hundreds of thousands of federal workers placed on temporary furlough. The number of people claiming temporary unemployment increased by 448,000, a boost that’s being attributed in large part to the furlough.

That’s nearly 1 million less than the same period last year but almost double the pre-recession figures. Experts have suggested that the economy still needs to create another 1.5 million jobs to make up for the nearly 9 million lost between 2007 and 2010.

The Number of Jobs

The jobs report also included upward revisions of job growth data for September and August. Numbers show payroll increases of approximately 60,000 jobs. Based on the new information, job growth over the past three months averaged 201,700 each month. This is slightly higher than the average for the past year.

Some of the biggest jumps came from the hospitality and retail industries, which saw a substantial increase in hiring in advance of the holiday season. There were approximately 44,400 new jobs created in the retail industry. Another 53,000 jobs were added at restaurants, hotels and other hospitality-based businesses.

Job growth was also high in the professional and business services category, which includes a wide spectrum of jobs at the highest and lowest ends of the income scale. Approximately 44,000 new positions were created, more than ten times the 3,300 jobs created in the temporary-help category.

Hiring in the healthcare sector was up but growth was moderate. Just 15,000 new jobs were created in October. There were 19,000 jobs added in the manufacturing category, the biggest jump since February. The jobs report shows automobile and housing-related manufacturing were responsible for the largest share of new hires.

Numbers in the jobs report weren’t all good. The construction category saw an increase of 11,000 jobs, for a total increase of 185,000 over the past year. But the numbers are still 1.9 million below the previous peak. And one sector that saw a decline in employment was the government. The number of people working in government positions decreased by 12,000 in October, which bumps the yearly total to 94,000.

The State of the Economy

It’s believed that the substantial increase in hiring could make it more likely that the Federal Reserve will start to reduce it’s bond-buying stimulus program next month. The reduction had been delayed while Fed officials waited for an indication that the economy and job market were on more solid ground.

Officials are set to meet in mid-December to discuss the reduction of the stimulus program, which is designed to keep long-term interest rates down. With the accuracy of the current jobs report in question due to the shutdown, it could be early next year before the Fed starts pulling back on bond purchases.