Is Dropping Out the Secret to Entrepreneurial Success 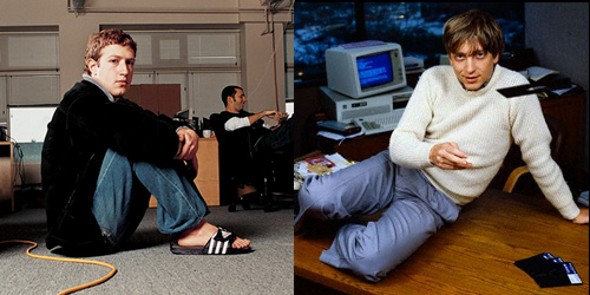 Let’s be honest if you saw a headline that said 15 Years of Hard Work and College Degree Lead to Entrepreneurial Success you would probably not read it. If on the other hand you saw the headline “College Dropout Beats IBM at their Own Game” you would devour it! The second headline is my take on the Bill Gates gets rich story. Now is the moment when those of you reading this article will split into two distinct groups, both of which will be loudly exclaiming, Hell Yeah!

Group one is generationally diverse with a decided leaning toward youth and believes that a college education is not needed for business success. The younger portion of this group believes strongly in the power of the individual to achieve based on little more than shear force of will. The older segment of this group is those who have achieved some degree of entrepreneurial success without the benefit of a college degree and have their own experience as proof of their claim.

The second group is also diverse but skews decidedly older and firmly believes that a solid education is not only necessary for entrepreneurial success but as a backstop against failure. For them a college degree represents at least a fallback position for gainful employment.

How can that be? Group one is correct in their belief that it is possible to make it and occasionally make it big as an entrepreneur without much of a formal education, in fact most business founders are not college dropouts at all but High School dropouts.

According to a study conducted by Robert Fairlie a professor at U.C. Santa Cruz for the Kauffman Foundation titled Index of Entrepreneurial Activity found that of the educational groups; less than High School, H.S. Diploma, Some College and College Graduate, far more businesses were started by High School dropouts than any other group. In fact the other three groups were pretty closely group and the outliers are the High School dropouts.

We love outliers; people who beat the odds and prove conventional wisdom wrong are lionized as mavericks. The astronomical successes of Bill Gates, Mark Zuckerberg and Steve Jobs not withstanding the overall numbers tell a much different story. The Bureau of Labor Statistics report of earnings by educational attainment shows that on average individuals with a Bachelor’s degree earn 1.5 times as much as those with some college.

The difference is even more striking when you look at the difference in earnings between a High School drop out and a college graduate well over double. It may be one thing to buy a lottery ticket every week but it’s another to base your entire existence on winning the lottery!

There is no question that question that anyone can come up with the next Facebook concept while sitting in their college dorm thinking of ways to meet girls. It is entirely possible that someone can and will come up with a breakthrough design for something that will make them billionaires. But the hard cold fact is that it probably won’t be you.

Entrepreneurship is a gamble it’s true but any successful gambler, whether it’s business or poker will tell you self-confidence and dumb luck alone will never come out ahead in the long run when facing a smart, well prepared player who understands the odds and how the game is played.