Football and Finances: Making Money from the Sidelines 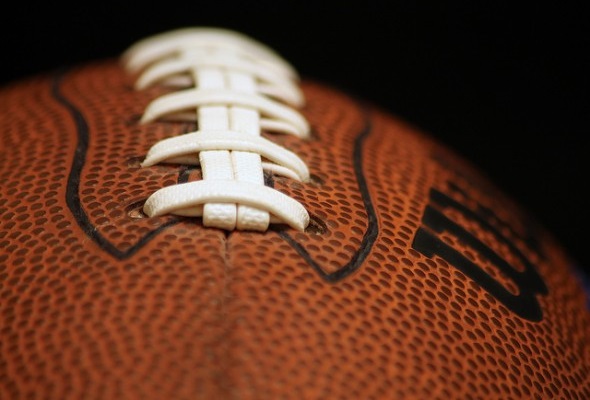 $470 billion dollars. Can you even wrap your head around this planet-sized number?

For starters, think about the money you’ve spent on game-day tickets for your home team, the appropriate attire to boast your team colors, the food to keep you cheering loud, the alcohol to make you cheer even louder, and the gas money you’ve spent going to see those super-human athletes. Think of the time you spend online, catching up on stats and arguing with other team’s fans. Now, try and remember all the ads you saw while you were on those sites. Finally, imagine that time and money spent by every sports addict in this country of ours. That, my friends, is what $470 billion dollars is like. It’s how much the sports industry is worth in the US.

With new businesses and investment opportunities pooping up, it’s only going to get bigger. The sports economy has recently drawn the attention of NPR, CBS, and the New York Times, but not just to report on games or athlete scandals. Instead, reports have been circulating about the derivative markets that are booming in both official and fantasy leagues. Check out some key players to keep your eye on.

The Sports Economist calculated that fantasy football is worth around $70 billion dollars. Consider the fact that Forbes reported that the NFL was worth around $8 billion in 2011/2012, and you can easily imagine how a savvy business-minded individual would want to tap into, well, the imaginary world. That’s exactly what Henry Olszewski did. Since 2008, he has profited from Fantasy Sports Insurance, a bona-fide insurance company that will pay you out if an insured player on your fantasy team is injured in a season-changing way. Previously, a player out for the season could mean a very real loss for fantasy football team owners. Fantasy Sports Insurance gives owners some peace of mind and ensures they have enough money to play all over again next year.

Ours is a culture of instant gratification, and this becomes more and more important as technology allows us to give, gain, save and spend (insert more verbs here) in faster ways. Fantasy league participants likely get impatient waiting for the outcomes of their efforts, especially when friend circle rivalries become entrenched. FanDuel recognized this void, and filled it with speed. According to their website, they hope to get users excited about “super-charged excitement and competition, massive prizes, fast payouts and unbeatable game selection.” The site lets users compete on a daily basis, and as NPR puts it, “lets fantasy players have more fantasy.” They paid $49 million dollars in prizes last year, and expect to pay $135 million this year. FanDuel says that some users make $5K in a day. I might have to start paying more attention to fantasy football.

Marketers have long known the value of celebrity endorsement. People want to emulate their idols and absorb their qualities into their own identities. Usually, this dynamic makes money strictly for the brand, not the consumer. Imagine if a consumer was able to monetarily, not just emotionally, invest in a famous individual as a brand. That’s exactly what Fantex Holdings aims to do as of October 17, according to the New York Times.

Fantex is opening a marketplace that will allow people to buy and sell shares in professional athletes- both the athlete’s performance and brand will affect the value of shares. Fantex hopes to extend this platform to Hollywood as well. You only have to 18 years old and invest $50 to participate. You don’t have to have a high-net worth to buy a stake in someone who does.

Then again, it does seem a bit dehumanizing, and detracts from whatever intrinsic value there is left in sports. We’ll all have to wait and see if this is a good idea or not. The New York Times brings up that the offering is highly speculative and the securities involve a lot of risk.” As Fantex writes on their website, “Investing in a Fantex Inc. tracking stock should only be considered by persons who can afford the loss of their entire investment.” Count me out, for now.

Obviously, there is a lot of money circulating in both real and fantasy leagues. When it comes down to it though, this is just a reflection of a capitalist culture trying to put value on something that many of us simply enjoy. We enjoy it for the competition, skill, camaraderie, and social gatherings that revolve around a sport and its games, matches, and races. At least, that’s how I’m going to continue seeing it. Comment below and tell SmartAsset where you weigh in on the sports economy.