Do the Rich Pay their Fair Share of Taxes? 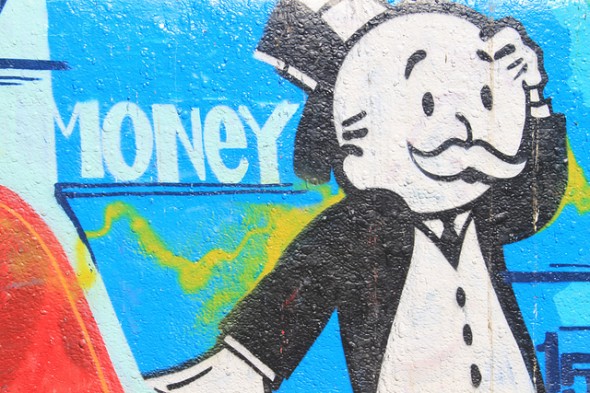 If you’re looking for a reminder that tax day (April 15th) is right around the corner, turn on your television. As soon as there’s a commercial break you will be assaulted by a never ending stream of ads from H&R Block, TurboTax and other tax services.  While the nation is fixated on their own personal taxes, one contentious question continues to rise to the surface: do the rich pay their fair share in taxes? It doesn’t make for polite dinner conversation, or particularly captivating bar banter. But we’ll take a look at the three main aspects of the current tax environment to see where the truth lies.

This is the highest effective tax rate in the last 8 years. The government gets at least about 40% of its revenue from federal income taxes. Taking into account that 70% of this revenue comes from 10% of Americans, they are contributing about 28% of the United States’ tax revenue.  That’s more than a quarter of the total revenue the government receives.

It makes logical sense that those with a larger taxable income base are going to have a larger contribution to overall tax revenue.  Take for example a single individual making $400,001. Their income tax payment is $158,400.396, before any deductions. This is more than the average American makes in one year.

There is a major argument that while federal taxes may be somewhat progressive, other taxes are not. Take for example, that income is not the only source of wealth. Investments such as stocks, bonds, property and other financial instruments are traded and held to secure wealth.

The capital gains tax in the US is now 15% of all profits made through the sale of stocks, bonds and other investment instruments. As such, the tax rate is much lower than the federal income tax rate. Thus, the argument is made that the wealthy take advantage of the lower tax rate and can avoid the higher income tax rates.

However, this is only a part of the picture.  The capital gains tax also has the caveat that a stock needs to be held for at least more than a year to be subjected to the 15% tax rate. If the stock is sold within the first year, it is treated as part of that individual’s income, and taxed at their individual tax rate. The 15% is to help entice people to hold onto their investments longer in order to help them create wealth that they can use later in life.

Therefore, long term capital gains are part of the wealth that people can build over time.  It may also be the case that the rich are more educated about investing, and have the means to employ traders and investors. This helps to increase their wealth without having their assets taxed as personal income.

The other pervasive argument is that the rich are able to find and get larger tax breaks than the average American. In a sense, yes this can be true. The average American likely won’t have the time, patience or skills to go through the entire tax code. Consider for a moment how large the US tax code is.

The Commerce Clearing House (CCH) estimates that the current US tax code is over 70,000 pages long. This makes it extremely impossible for everyone to find and utilize every single deduction that they may be entitled to.

However, with enough money and resources, an accountant can meticulously comb through the entire tax code and find as many deductions as possible.  This option isn’t available to everyone, as most people don’t have that much time or money to commit to taxes.  Thus, the rich may be able to enjoy tax loopholes because they could commit the resources to finding them.

The tax code has evolved as the economy has grown more complex. This in turn has caused some growing pains. However, with all the calls for tax reform, there are specifics that have yet to be addressed.

While taxes can be seen as a huge inconvenience, it is a necessary evil. Without income taxes, the government would lose the ability to pay for a lot of the services it provides. Saying that one particular group does not pay enough or pays too much can easily become a personal matter. This does not diminish that the rich do pay the lion’s share of the income tax in the U.S.

After all, those richest 10% have 75% of the wealth in America. It makes sense that they would be paying the majority. Income inequality is another subject altogether, but the numbers reveal that the rich pay their taxes. After all they’re subject to the same laws as everyone else.