By the Numbers: Breaking Down the November Jobs Report 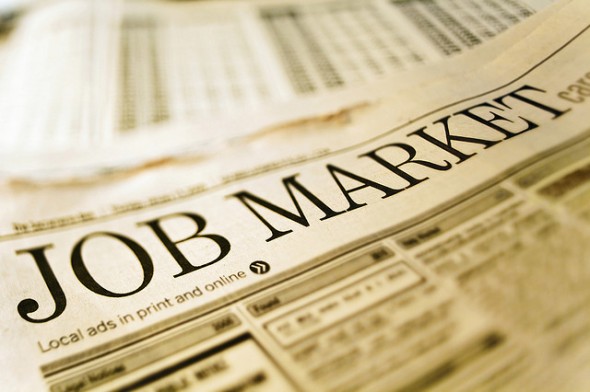 The U.S. job market is continuing to improve, with the unemployment rate declining in November according to the most recent employment report. Approximately 203,000 jobs were added last month, which was 18,000 more than originally predicted. While the jobs report paints an encouraging picture of the economy’s recovery, the data suggests that it still has a long way to go. Here’s a breakdown of the most important things to take away from the November jobs report.

Where the Jobs Are (And Aren’t)

The jobs report shows the biggest gains for November came from the professional and business services sector, which added approximately 35,000 jobs last month. While that number represents the biggest jump overall, it’s significantly less than the average 55,000 jobs that were added monthly over the last year.

Transportation and warehousing also saw a major increase with 31,000 new jobs added. That reflects a bump in seasonal hiring. The health care sector also grew to the tune of 28,000 jobs, with home healthcare services seeing the biggest jump. While new jobs continue to be added, hiring in the health care sector has seen a significant slowdown over the last year.

The manufacturing sector saw 27,000 new jobs added in November while construction continued the upward trend, adding 17,000 jobs. The federal government saw employment decline by 7,000 jobs, which brings the total number of positions eliminated over the last 12 months to 92,000.

November saw the unemployment rate drop to 7%, the lowest it’s been in five years. The number of people who reported being on temporary layoff dropped by 377,000. The number of workers who said they were unemployed for less than five weeks dropped by 300,000. These declines are largely attributed to federal workers who were furloughed during the government shutdown returning to work.

Despite a drop in the overall unemployment rate, the number of workers categorized as long-term unemployed remained relatively the same at 4.1 million. According to the jobs report, more than 37% of unemployed workers have been out of the labor force for six moths or more. This is up slightly from October.

On average, earnings for all employees increased by 4 cents to $24.15 per hour. Since January, average hourly earnings have increased by 48 cents, or approximately 2%. While rising wages are a positive sign, the jobs report shows that the gains aren’t evenly distributed.

In high-wage sectors, such as business and professional services, manufacturing and construction, hourly earnings are up 11.5% since the economy went into recovery mode. Average hourly pay was highest for those employed as utility service workers. Among the lower-paying sectors hourly earnings rose just 7.4%.

The discrepancy in pay is especially evident in the retail and hospitality sectors. Retailers added 22,000 jobs in November in advance of the holiday season. These workers were paid on average $14.17 per hour. The leisure and hospitality sector added another 18,000 jobs, with employees earning an average of just $11.83 per hour. This represents a 3 cent drop from September.

Unemployment rates among the under 25 crowd remains relatively high, which may not be great news for recent grads preparing to enter the job market. Among the 20-24 year-old group, the jobless rate was 11.6% for November. This is a decline of just over 1% since October. The jobs report shows unemployment rate was even higher among 18 to 19 year-olds, topping out at 19.2% for the month.

At the other end of the spectrum, the unemployment rate for workers over age 55 dropped to 4.9%, down from 5.4% last month. Since November of last year, the number of seniors who are working or looking for employment has increased by nearly 500,000 for a total of 7 million. With full retirement age now bumped up to 66 instead of 65, it seems likely that the trend of older workers remaining in the job force will continue.

Summary of the November Jobs Report

So what do the numbers really mean? The jobs report was good news for investors, with stocks rising sharply after a week of steady declines. It has also led to speculation that the Federal Reserve could go ahead with its plan to begin tapering off bond purchases as early as this month. And with another government shutdown looming next year, it’s possible that the economy could find itself once again on shaky ground.