Are we heading for Wine-ageddon? What The Global Wine Shortage Means for You 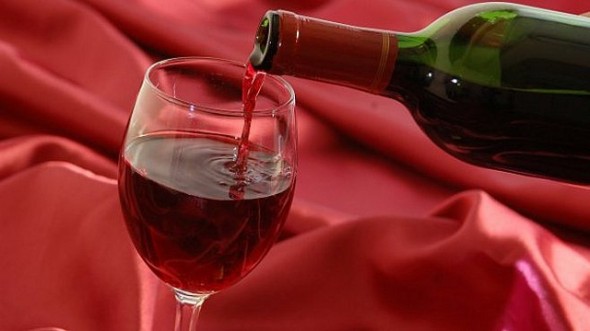 I know there are some of you clutching your wine bottles as  you read this and still others planning a run to the liquor store to stock up your wine cellars (or basement refrigerators). The news of the wine shortage comes as we head into the holiday season when some of us like to come home and relax with a glass (or two) of wine. It’s one of those things you take for granted. Like water and sunlight, you think that wine is always going to be there for you. But what happens when the world can’t produce enough of it to keep up with our insatiable thirst?

According to Morgan Stanley, last year there was an undersupply of 300 million cases of wine. Overall the world is consuming more wine than ever. Last year there was a 1% increase on the global demand of wine. 1% doesn’t seem like a whole lot, but when you put the figures next to the global decrease in production of 5%, you can see where this could cause a problem.

Related Article: How to BYOB Better

The top wine consuming countries are France and America. There has also been increased demand for wine in China due to an increase in the standard of living and the booming economy. In America, although we consume a large amount of the world’s wine (and we are growing thirstier every year), we only produce about 8%. According to Morgan Stanley, the United States has peaked when it comes to production.

It’s no secret we have been seeing some extreme weather patterns all over the world. If that weather hits a region that is a wine supplier, it can be devastating for the crop that year. The decrease in global production last year was primarily due to the bad weather in France and Argentina. Since France is the top wine producing country in the world, a bad season due to weather can greatly impact the world’s supply.

Although winemaking is on the rise and grapes are a renewable resource, it still takes years from the time you plant a vine until you get mature grapes that can be used in winemaking. It could take about 3 years to see a decent supply of grapes (depending on the climate) and sometimes a few more until the vines reach full maturity and produce heavy crop.

Even if more vines were planted now to keep up with demand, it could be at least a few years until they would see the fruits of their labor. Morgan Stanley has gone so far as to say that the output from the United States, New Zealand, Chile, Argentina and South Africa has peaked.

There is a light at the end of the tunnel. 2013 is looking to be the best production in seven years according to the International Organization of Vine and Wine and they also feel that consumption may be starting to stabilize.

Are we heading for a wine-demic? Should wine drinkers rethink their drink of choice? I wouldn’t go that far. Will we see increased pricing due to this shortage? That’s a real possibility. I don’t believe that we will really feel the pinch for some time due to current wine reserves and what’s currently out there in the market. Since the US consumes and produces a large amount of the red (and white) stuff, I don’t believe that it would really be felt here like it would in other smaller countries anyway.

What are your thoughts on the wine shortage? How do you think it will affect you?

Related Article: 3 Simple Ways to Save on Wine