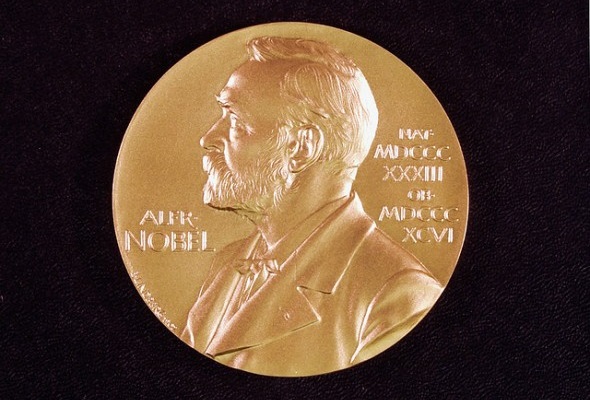 Three American professors were awarded the Nobel Memorial Prize for Economic Science on Monday for their collective body of work on the movement of asset prices. The laureates were honored jointly for their individual research, which is described by the Royal Swedish Academy of Sciences as having “laid the foundation for the current understanding of asset prices.”

Two of this year’s Nobel prize winners, Eugene Fama, 74, and Lars Peter Hansen, 60, are professors at the University of Chicago. Fama, a Boston native, is currently the Robert R. McCormick Distinguished Service Professor of Finance. Hansen is one of the co-founders of the Becker Friedman Institute. The third honoree, Robert Shiller, 67, is a professor at Yale University. He is the co-creator of the Case-Shiller Index, the foremost tracking system for residential real estate prices nationwide.

Fama, Hansen and Shiller independently studied the movement of asset prices for things like stocks, bonds and housing. They each took a different approach in their research. Fama is best-known for his “efficient markets hypothesis,” which suggests that it’s all but impossible to try to predict whether asset prices will go up or down over the short-term, since markets are adept at incorporating information about the asset’s value. His body of work, which stretches back to the 1960s, largely contributed to the development of stock-index funds.

Shiller’s approach centers on the concept of “behavioral economics,” which suggests that markets can be driven by human psychology, as evidenced by the dot-com bubble of the late 1990s and the housing bubble in 2008. His research, which directly opposes Fama’s efficiency hypothesis, expands on the idea that it’s possible to make asset price predictions over a period of three years or more.

Hansen’s work effectively links that of Fama and Schiller, making it easier to evaluate causality for market trends. He is responsible for developing a statistical method which makes it possible to test competing theories of asset pricing. His generalized method of moments, or GMM, is used to analyze complex economic models. He was awarded the Nemmers Prize in 2006 for his work in applied economic theory.

Overall, the combination of Hansen’s research with that of Fama and Shiller has lead to a deeper understanding of how asset prices behave in the short-term and how human influence can predict long-term trends. In particular, his research lends support to Shiller’s, specifically with regard to the idea that market fluctuations are linked to the collective mentality of investors. It was this collective balance between each man’s work that lead to the Nobel Prize.

In a press release issued Monday, the Royal Swedish Academy of Sciences said, “There is no way to predict the price of stocks and bonds over the next few days or weeks. But it is quite possible to foresee the broad course of these prices over longer periods, such as the next three to five years. These findings, which might seem both surprising and contradictory, were made and analyzed by this year’s Laureates, Eugene Fama, Lars Peter Hansen and Robert Shiller.”

The Nobel committee went on to say that “Understanding how mispricing of assets emerges and when and why financial markets do not efficiently reflect available information, is one of the most important tasks for future research. The answers may turn out to depend heavily on the particular contexts and institutional settings, but they will no doubt be extremely valuable for policymakers as well as practitioners.”

The first Nobel prizes for outstanding achievement in physics, chemistry, medicine, peace and literature were handed out 1901. The prize for economics, officially called the Sveriges Riksbank Prize in Economic Sciences in Memory of Alfred Nobel, was established in 1968. Fama, Shiller and Hansen will share the $1.2 million prize. Each of the three laureates will be presented with the prize money, along with a gold medal and a diploma at a ceremony in Stockholm on December 10th.