Where Seniors Are Most Housing Cost-Burdened 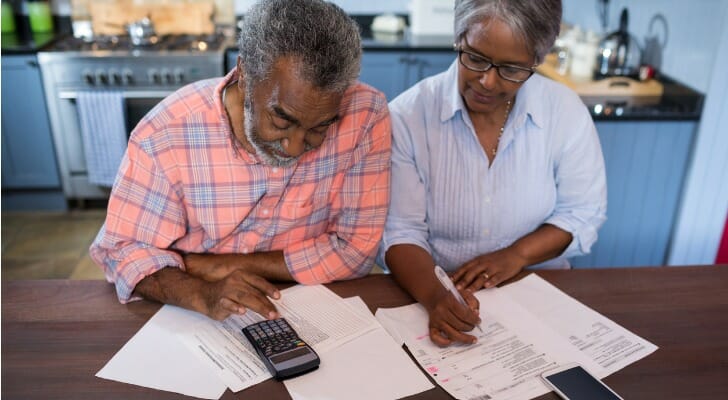 The majority of Americans find meeting their retirement goals a challenge. After all, the financial world is complicated. Many Americans miss the opportunity to save, which means they miss the chance to invest – whether that’s alone or with the expert guidance of a financial advisor. Without the gains from investing, it is almost impossible to save enough for retirement. Census Bureau data shows that retirement-aged Americans across the country struggle to find affordable housing.

For this study, we looked at data on how much seniors spend on housing. Specifically, we look at the number of senior renters and homeowners who spend at least 30% of their income on housing. According to the Department of Housing and Urban Development, those who spend 30% or more of their income on housing are considered housing cost-burdened. Check out our data and methodology section below, to see where we got our data and how we put it together to create our final ranks.

Another Florida city takes the third spot. In the past we have found that Hialeah residents struggle mightily with housing costs and this city topped our study on severely housing cost-burdened homeowners.

Just like in other cities in our top 10, seniors in Los Angeles need lots of support when it comes to affording housing. However, L.A. is a unique city in our top 10. Only 64% of seniors who rent in the City of Angels are housing cost-burdened, the third-lowest rate in our top 10.

New York is one of the most expensive places to live in the country. This puts seniors in a precarious position. There is not a lot of wiggle room when it comes to retiring in the Big Apple so planning is paramount. According to our analysis of Census Bureau data, roughly 49% of New York seniors are housing cost-burdened.

Boston has 64,100 senior households, the second-most in our top 10. Our analysis of Census Bureau data shows that 45.4% of those households are housing cost-burdened.

The city is split almost evenly between seniors who choose to rent and seniors who are homeowners. Thanks to the high share of renters, you might expect Boston to appear higher on this list. However, Boston seniors who rent do better than average when it comes to finding affordable rentals. According to our data, only 57% of seniors in Boston who rent spend 30% or more of their income on housing.

We estimate that 34% of seniors homeowners are housing cost-burdened. One reason why this number may be so high is the above-average Illinois property taxes which homeowners pay.

Long Beach is a nice place to live, with access to beaches and good weather. But that livability comes with a high cost of living. The Census Bureau estimates that the median home costs $1,323 per month, while the median rental costs $1,194.

The ninth city on our list is Oakland, California. Oakland has 45,400 senior households, and around 20,100 of those spend at least 30% of their income on housing. Seniors in Oakland are more likely to own than rent. Census Bureau data shows that 57% of senior households are owner-occupied.

Renters and homeowners face relatively similar rates of being cost-burdened in Oakland compared to other cities. Just over 57% of senior renters and 34% of senior homeowners spend at least 30% of their income on housing.

A leading reason for this is the high average property taxes in New York. That means even seniors who have paid off their mortgage will be paying a decent chunk on property taxes. In total, we estimate 43.9% of seniors in Yonkers are housing cost-burdened. 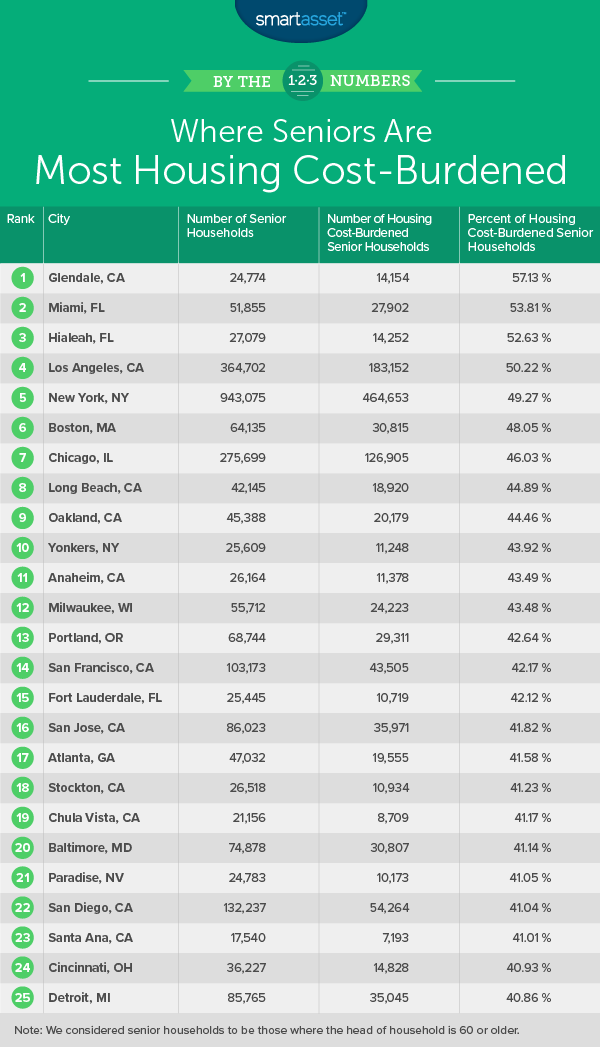 In order to find the places where seniors are most housing cost-burdened, we looked at data for the 100 cities with the largest number of senior households. Specifically, we looked at the following two metrics to create our final rankings:

Tips for Hitting Your Retirement Goals