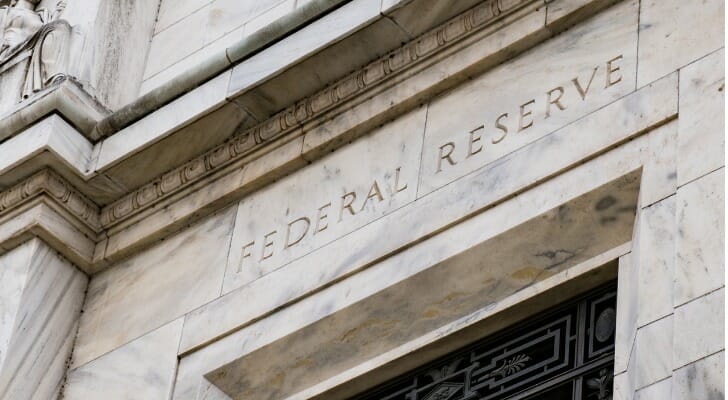 During a recession the Federal Reserve gets the most headlines for dropping its benchmark interest rates to spur lending, and the spending that lending allows. While that’s the most well-known move the Fed makes, it’s far from the only one. In fact the U.S. central bank has a number of ways it can influence monetary policy during an economic downturn. One of those options is to subsidize U.S. money markets through what’s called the Money Market Mutual Fund Liquidity Facility.

This program, announced by the Federal Reserve in March, extends loans to banks that invest in money market funds. This move propped up corporate lending by helping private bonds keep up their value on the secondary market, thus ensuring that money market funds remain on a sound financial footing. In essence, the Fed inoculated money market funds from a pandemic panic. Here’s what it did and how it works.

What Is The Money Market?

A money market fund is a form of mutual fund that invests in corporate debt securities (bonds). These funds are structured as fixed-income investments. The mutual fund buys a basket of bonds that make interest payments over time. Those payments get distributed to the fund’s shareholders in the form of fixed income.

Since bonds pay a predetermined rate of interest on a regular basis, money market funds can schedule the exact payment that each share distributes. The only risk of fluctuation is if an underlying corporation defaults on its bond or otherwise misses an interest payment.

Money market funds can invest in many kinds of bonds, but most tend to focus on short-term, highly rated securities. The Securities and Exchange Commission recognizes three categories money market funds: government, municipal and prime, based on the bonds held by the fund.

What Did The Federal Reserve Do? 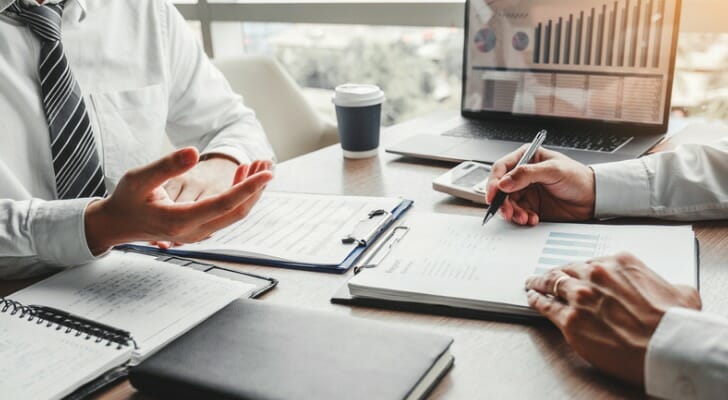 On March 18, the Federal Reserve established the Money Market Mutual Fund Liquidity Facility (MMLF) to stanch an emerging run on money market funds by nervous investors, as happened in 2008 when Lehman Brothers collapsed. Investors were afraid the pandemic-afflicted economy might lower the value of their money market holdings, the safest and most liquid portion of many portfolios.

The goal is to encourage financial institutions to invest in these assets by, in essence, lending them the money they’ll use to make the purchase and pay off the debt. If the investment does well, the investor profits and uses some of those proceeds to pay off the Federal Reserve.

In early April, lending peaked at approximately $53 billion as withdrawals from prime money funds stopped and then reversed. By mid-May the facility’s balance had declined to a little less than $40 billion.

Why Did The Federal Reserve Establish This Program?

The MMLF only allows investors to buy money market funds identified as Prime, Single State or Other Tax Exempt. This means that borrowers can’t use the money to buy funds that invest in Treasury debt. The reason is to keep the private, state and municipal lending markets active.

Per the Federal Reserve:

In the days prior to the initiation of the program, some MMMFs experienced significant demands for redemptions by investors. Under ordinary circumstances, they would have been able to meet those demands by selling assets. Recently, however, many money markets have become extremely illiquid due to uncertainty related to the coronavirus outbreak… The MMLF will assist MMMFs [Money Market Mutual Funds] in meeting demands for redemptions by households and other investors, enhancing overall market functioning and the provision of credit to households, businesses and municipalities.

This, in turn, makes it far easier for corporations and governments to borrow money. Investors are more likely to buy their bonds in the first place if they believe they can sell those bonds to secondary investors. By propping up money market funds, the Federal Reserve is helping to preserve the value of the bonds in those funds. This, in turn, makes it easier for companies and governments to borrow and spend money.

The Federal Reserve ran a substantially similar program during the Great Recession.

What Does This Mean For Investors? 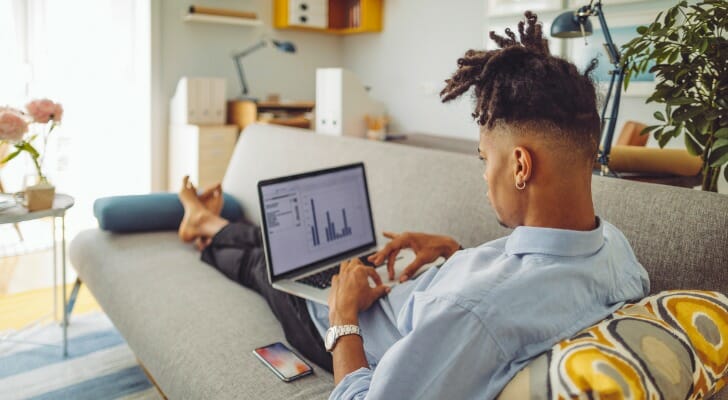 Money market funds are an important part of how companies stabilize their cash flow. By investing primarily in short-term bonds, these funds help companies borrow money to cover immediate costs such as overhead and payroll. This allows companies to invest, borrow and spend more freely, because they don’t necessarily have to worry about keeping a fixed amount of cash on hand at any given moment.

This makes them an important part of the financial system. However, individual investors tend to use money market funds because they have historically been considered rock-solid investments.

A money market fund tends to be where both retail and institutional investors move their money when they want to get out of the stock market. Money market funds return a fixed income, have the reliability of holding highly rated assets and are based on debt rather than equities. They pay more money than a bank account but are often seen as equally safe.

However, like many funds, a money market fund manages its payments based on its cash flow in and out. When assets return value, such as through coupon payments or by selling off a bond that has gained market value, the fund returns those profits to shareholders. However, when investors want to leave, they sell their shares back to the fund. This costs the fund money.

When too many investors want to leave, the fund is forced to pay them all at once. This can hurt the fund’s ability to meet its fixed income requirements and, in rare cases, destabilize the fund itself. By encouraging institutional investors to buy into money market funds, the Federal Reserve propped up this system and helped keep money market funds a solid investment during turbulent times.

In fact, the Fed did more than merely prop up the system and stop a run on money market funds. By the end of April, money market mutual fund assets had soared to a record $5 trillion, according to Crane Data’​s Money Fund Intelligence Daily publication.

The Federal Reserve has begun issuing loans for financial institutions that invest in money market funds. By stabilizing this market, the Fed has helped prop up lending for companies and local governments nationwide. That’s a key policy move during times when the market experiences a sharp downturn.