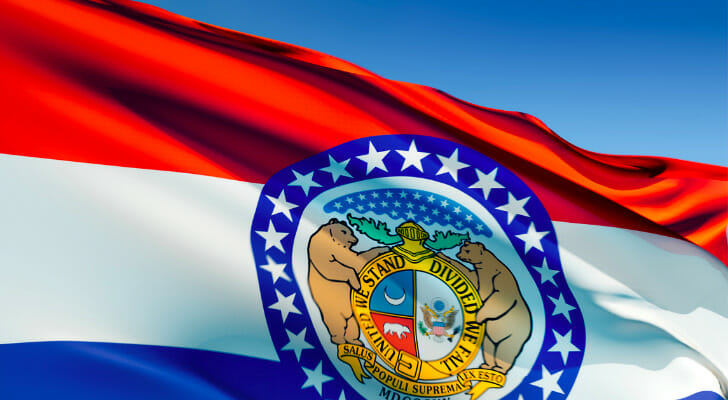 Divorce is a tough time, but it’s unfortunately a reality for many people. While divorce can have a lot of negative impacts on people, one of doesn’t need to be on your finances. If you know the laws of your state and take the time to follow the necessary steps, you can actually plan your divorce so you won’t end up in a bad place. Each state has different laws, though. This guide walks Missouri residents through the important points of divorce laws in the Show-Me State. Whether you’re getting divorced or just thinking about your long-term financial health, consider working with a financial advisor.

How to File for Divorce in Missouri

One of the two spouses must have lived in Missouri for at least 90 days to file for divorce in the state.

Grounds for a Divorce in Missouri

According to the divorce laws of Missouri, it is a no-fault divorce state. In turn, one spouse simply needs to prove to the judge that the marriage is “irretrievably broken.” Missouri is unique, though, in that this must be shown rather than simply stated. Practically, though, simply explaining why the marriage can’t be saved is enough.

From there, they must serve the other party, known as the respondent, using either the local county sheriff’s office or a process server. The second spouse then answers the petition.

If both spouses agree on terms for a divorce, there can be an uncontested divorce. They can file together as co-petitioners and submit an agreement which addresses issues ranging from splitting up of assets, including pension assets, to child custody. If it is satisfactory, the judge will approve it and the divorce can proceed.

Sometimes, though, there will be issues the two parties cannot agree to and a contested divorce is needed. There will be hearings regarding temporary motions to address anything that needs to be handled during the divorce. This can include who pays for what and where the children live.

Throughout the process, the two sides will try to come to a settlement. If one can’t be reached, though, a trial will be scheduled. After hearing witnesses and seeing evidence, the judge will make a legally binding decision on issues related to the dissolution of the marriage, including alimony, child custody and dividing assets.

How to Split Up Assets During a Divorce in Missouri

In Missouri, anything acquired during the marriage by either spouse is considered marital property. The only thing considered non-marital or “separate” property – which is not part of a divorce settlement or agreement – is property acquired before the marriage or anything received as a gift or inheritance.

How to Divide Property in Missouri After a Divorce 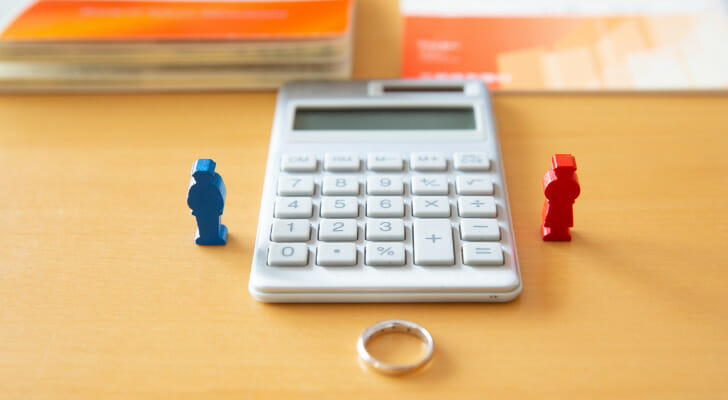 While the above may sound rather subjective there are rules as part of it. Factors in this decision can include the economic circumstances of each spouse, their contribution to the marital estate, their non-marital property, behavior during marriage and child custody arrangements.

How to Manage Child Support and Alimony Under Missouri Divorce Laws

Child support in Missouri is based on a simple fee schedule. There is a worksheet you can use to estimate what you’ll owe, but the court will figure out your duty based on various factors. This includes the parents’ income, how much money the children’s care requires, other obligations and custody.

There are three types of alimony a judge in Missouri may order: temporary, periodic and permanent. Temporary alimony is for keeping the status quo in place during the trial, and ends when the trial is over.

Temporary support is paid after the divorce is finalized, but only for a limited time while the supported spouse obtains any skills needed to support themselves. Permanent support is not awarded often. In fact, it only exists in cases where one spouse cannot become self-supporting because of health, age or inability to re-enter the working world.

401(k) and IRA and Divorce in Missouri

Money put into a retirement account during the marriage is considered marital property, and as such may be split during a divorce. Normally, taking money out of a 401(k) before age 59.5 results in taxes and penalties. But if the judge issues a qualified domestic relations order (QDRO), this can be avoided. If one spouse has an IRA which needs to have money taken out, a QDRO is not needed. However, the language of the ruling will need to be specific so fines and taxes are waived.

Both spouses can take their money directly in this case. While this won’t be penalized, it is considered part of each person’s income for the year and taxed as such. This wouldn’t be the case for a Roth account, as those are comprised of post-tax dollars. The spouses could also create rollover accounts for their share of the money. The QDRO or the judge’s orders for an IRA may direct exactly what should happen with money taken out of a plan as part of a divorce settlement.

Divorce and Estate Planning in Missouri 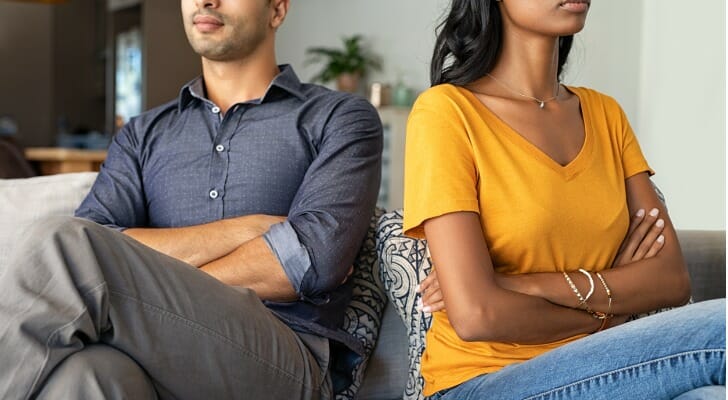 If you and your spouse had an estate plan during your marriage, you’ll want to reconsider it after your divorce. So if you had it set up so your assets would transfer to your spouse when you die, you’ll likely want to change that. You can also set up a trust if you want any assets to pass directly to your children. You should change the designated beneficiary for any financial accounts you have too.

Secondly, if you have any advanced directives or powers of attorney set up, change them, unless you want your ex-spouse making medical decisions for you. Finally, think about your will and current plans for your children if you and your ex-spouse were to pass away. If you had a plan while married, that may still be the plan, but check in with everyone so it is squared away.

Missouri is a no-fault divorce state, but the petitioner does have to prove to the judge that the marriage is broken. An uncontested divorce can be filed together if both sides can agree to terms, but if not a settlement will have to be reached; otherwise, a trial will be held where the judge makes decisions about assets, children and alimony.