What Is a K-Shaped Recovery? 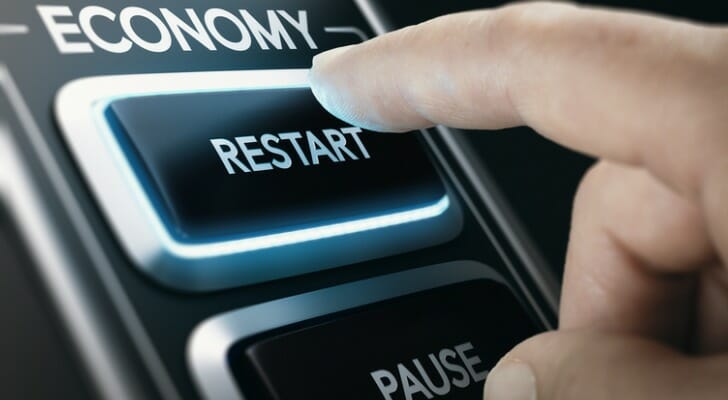 A “K-shaped” recovery is when different sections of an economy rebound from a recession at different rates. This can apply to many different forms of economic analysis, but in practice, it most often means that low-income households lag behind high-income households in regaining lost wealth and earning power. Here’s what you need to know about these kind of recoveries and some examples of the phenomenon.

The Definition of a K-Shaped Recovery

Economists love their letters. After a recession the economy can recover in many different ways. Economists name many of these recoveries after the shape they make on a graph. A “U-shaped” recovery will refer to an economy that swoops down into recession then scales back up again before tapering into normal growth. (Making a curve down followed by a curve up in a “U” shape on graphs such as time vs. gross domestic product or time vs. market prices.) The infamous “V-shaped” recovery that many economists had hoped for earlier in 2020 referred to a sudden economic crash followed by an equally swift recovery.

The decade after the financial crisis known as the Great Recession has generally been referred to as an “L-shaped” recovery. In this form, an economy quickly crashes downward then enters a long period of stagnation and slow recovery.

A “K-shaped” recession refers to when an economic recovery takes place after a recession, but proceeds more quickly in some segments than in others (some segments of the economy may not recover at all). On a graph, this split ends up resembling the arms of the letter “K.”

For example, a graph showing unemployment over time might contain a different line for each quintile of income (the bottom 20% of earners through the top 20%). In an efficient economy, these lines should generally track each other on most areas of economic performance. In a K-shaped recovery, however they will diverge. Some will show far stronger performance than others, leading one set of indicators to trend sharply upward while another points down. This creates the “K” shape.

Like all letter-based comparisons, a K-shaped recovery refers to how a recovery looks on charted data. This can refer to just about any mainstream metric used to judge the health of an economy. Most often when economists refer to the shape of a recovery, they are referring to graphs that chart data such as:

K-Shaped Recoveries in the News 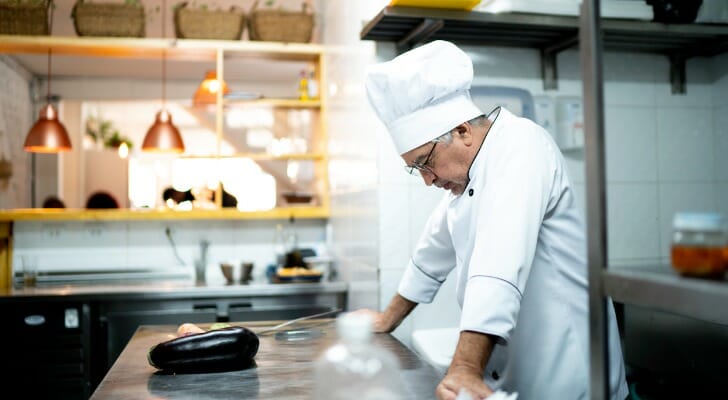 The coronavirus recession has driven the concept of K-shaped recoveries to the fore. In the second half of 2020, many jobs and sectors enjoyed a limited economic recovery in the United States. While not fully returning to pre-recession levels, high-income and white-collar workers did recover most of the income and job losses suffered during the second quarter of 2020.

Many low-income households and more vulnerable sectors of the economy did not. At time of writing, entire industries remained either depressed or virtually shut down, and workers across sectors such as retail, service and travel had entered a period of long-term unemployment.

This has led to the popularizing of a “K-shaped recession,” rhetorically following the much-discussed hopes for a “V-shaped” recession earlier in 2020. At time of writing 12.8% of Americans were effectively out of work. (This number is drawn from the U6 rate, which includes the underemployed and workers still considered furloughed or temporarily unattached, all of which are left out of the headline unemployment rate known as the U2 rate.)

When broken down by income it appears that the numbers diverge sharply. Lower earning, minority and  less educated households make up a significant majority of that unemployment rate. Higher earning and higher educated households have posted much stronger jobs numbers, especially among white collar workers who can continue their work with minimal interruptions in a state of semi-quarantine.

For example, at time of writing, the financial and education sectors had unemployment rates of 4.4 and 5% respectively, close to what economists traditionally consider full employment. However, the hospitality and leisure sector had an unemployment rate of 19% , transportation 9.8%, and mineral extraction workers 14.9%.

This is a K-shaped recovery in action and it has significant implications for public policy. It has led to confusion among many Americans about the actual state of the coronavirus-driven recession, as well as the policy concerns surrounding the related public health debate. It can particularly create false impressions of a shared recovery, particularly if voters and policymaker only look at headline data. 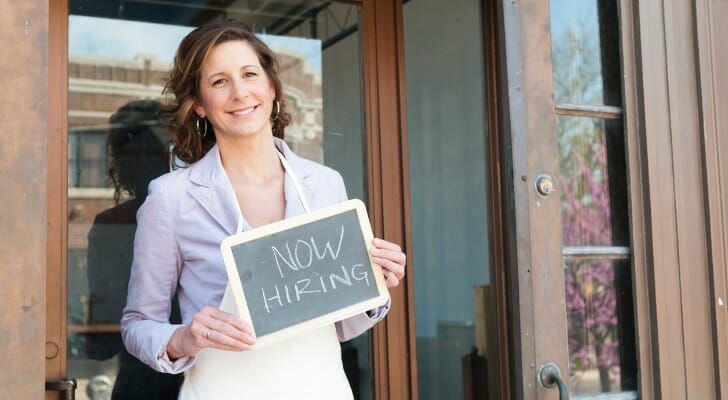 Unfortunately, recessions are a fact of life. While major recessions are historically rare, despite the experience of 2008 and 2020, it’s important to understand how the economy can dip and fluctuate. A K-shaped recession occurs when different sections of the economy recover from a recession at different rates. It describes the shape data makes, with high-performing sections of the economy separating from low-performing sections in a graph that resembles the arms on the letter K.