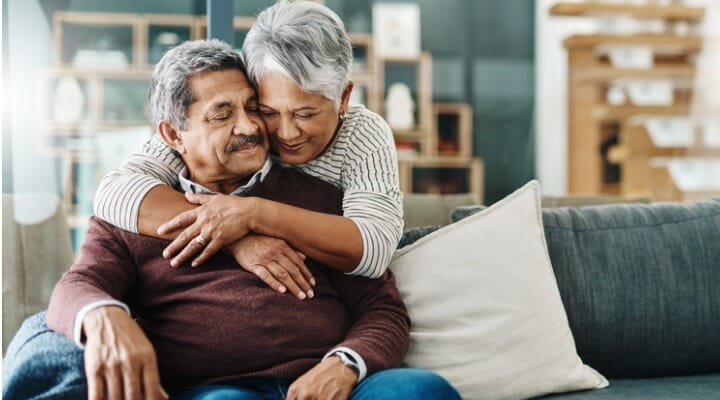 Social Security benefits and housing expenses are two of the most important elements of a successful financial plan in retirement. While Social Security is the primary source of income for many retirees, housing can be their biggest monthly expense.

According to Census Bureau data, the average Social Security beneficiary collects $19,792 per year. That’s 1.5-times more than the median annual housing cost of $13,188. However, that ratio is even larger in some cities, while other places with higher costs of living, including many cities in California, often have ratios far below the national average. 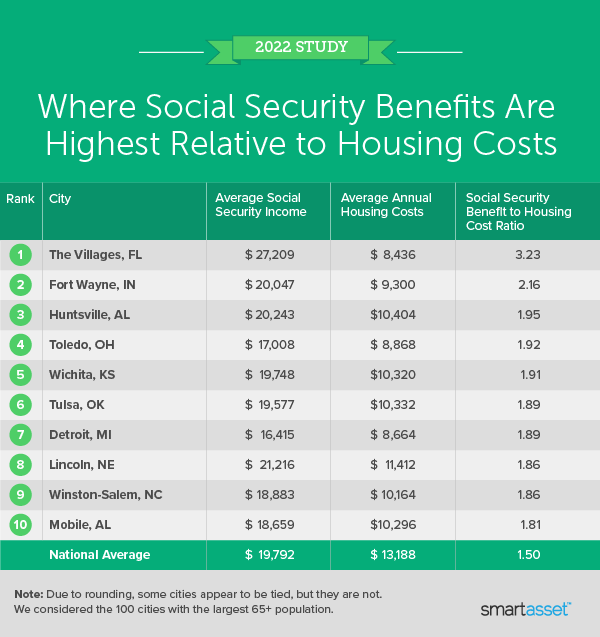 Chula Vista, California has some of the highest median housing costs and lowest average Social Security income in our study. The ratio between the two metrics is just 0.74, the third-lowest of all 100 cities we examined. Social Security beneficiaries in Chula Vista, on average, collect only $16,697 per year, the 88th-lowest out of all 100 cities. Meanwhile, the city’s median housing costs are the fourth-highest at $22,656 per year. 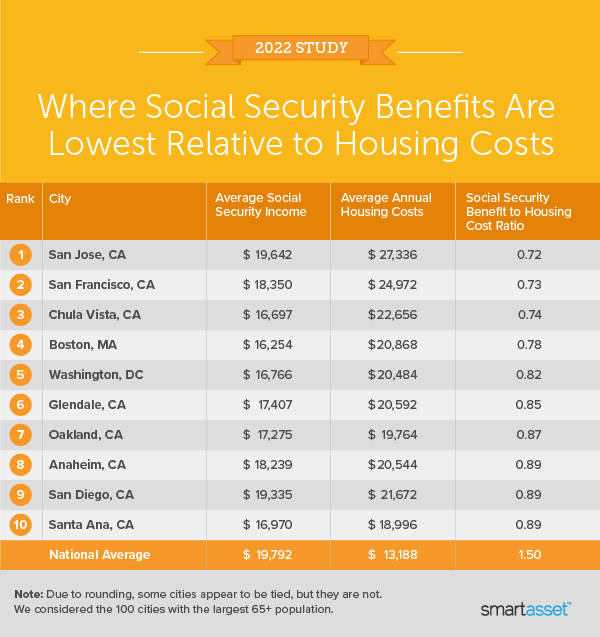 To find the cities where Social Security benefits are highest and lowest relative to local housing costs, we looked at data for the 100 cities with the largest populations of residents ages 65 and older. We compared them across following three metrics:

To compile our rankings, we divided average annual the Social Security benefits by median annual housing costs for each city. The resulting number is the ratio the rankings are based on.