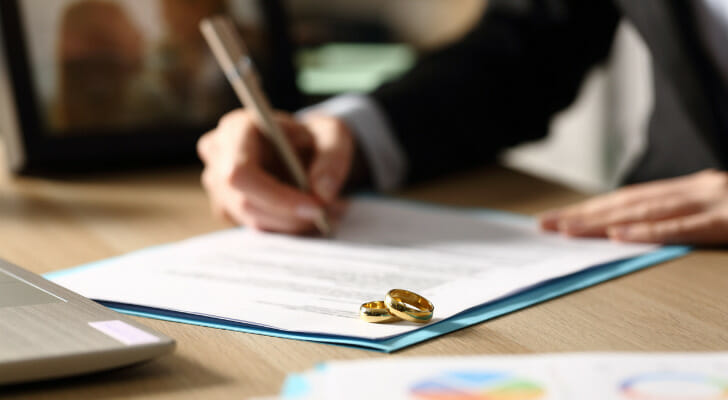 Divorce can be a pricey proposition – according to a 2019 survey by the legal website Nolo, the average cost of a divorce is around $12,900, including more than $11,000 in attorney’s fees. Divorce at ages 50 and older – often known as gray divorce – may especially lead to various levels of financial insecurity. Nationally, the divorce rate has remained flat over the past several years. This isn’t the case in all cities, however, so with that in mind, SmartAsset set out to identify where divorce rates have been rising in recent years. 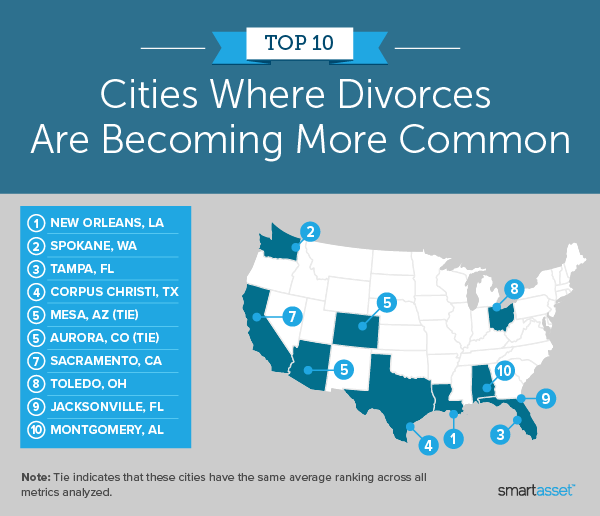 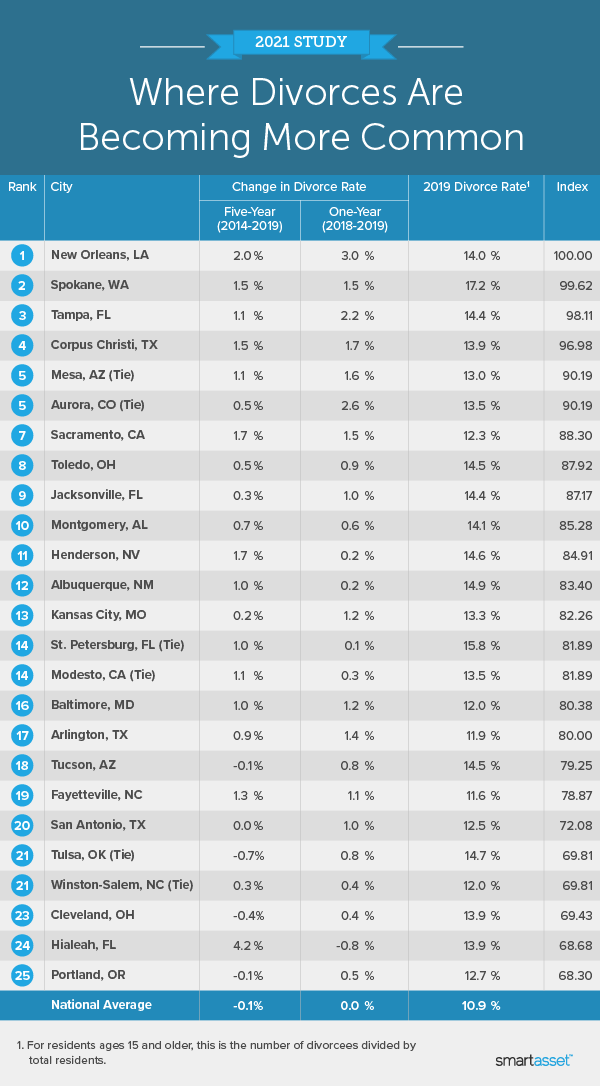 To identify where divorces are becoming more common, we considered data for 100 of the largest U.S. cities, ranking them based on the following metrics:

Tips for Navigating a Divorce