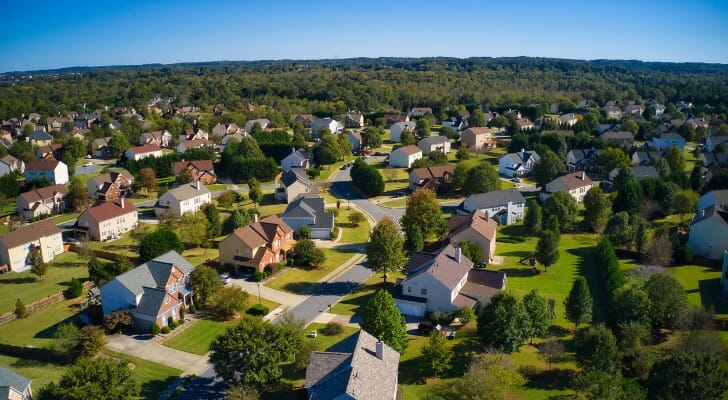 Even though the median home price in the U.S. has soared to new heights, some housing markets are rising faster than others. The temperature of a housing market can heat up and cool down based on a variety of factors. Places where the population is growing faster than the development of new housing units are hotter markets, and so are cities where median incomes and home values are increasing most rapidly. Keeping these factors top-of-mind, SmartAsset analyzed data to identify and rank the top 10 rising housing markets in the U.S.

To do so, we compared 322 of the largest cities in the country across the following metrics: housing demand (i.e. the difference between population growth and housing unit growth), four-year change in median home value and four-year change in median household income. For details on our sources and how we compiled our final rankings, read the Data and Methodology section below.

This is SmartAsset’s sixth annual study of the top 10 rising housing markets. Check out the 2021 version here.

Jurupa Valley, California is a city of nearly 107,000 people about 50 miles west of Los Angeles. The city’s population grew 9.41% faster than the number of new housing units between 2016 and 2020, the third-highest rate in our study. Median household income also increased by 32.18% during the same time period (12th-best overall), while the median home value shot up 45.25%, which ranks 49th out of 322 cities.

Denver’s population grew by nearly 8% between 2016 and 2020, outpacing housing unit growth by 5.61% during that time. That’s the 13th-largest difference between population growth and housing unit growth in our study. Denver also experienced the 29th-largest jump in median household income, as it rose 29.16% between 2016 and 2020. The median home value in this city of nearly 716,000 residents also went up 49.09%. That’s a larger increase than 87% of cities in our study.

Everett, Washington is located 25 miles north of Seattle and ranks in the top 10% of cities for all three metrics we considered. Everett had the 26th-largest median household income growth between 2016 and 2020, rising 29.63%. The city also saw its median home value rise 48.60% during that time (28th-highest overall). Meanwhile, the city had the 30th-highest housing demand across our study, as its population grew 3.20% faster than the number of new housing units.

The median home value in Stockton, California rose by 56.13% between 2016 and 2020, the 10th-most across all 322 cities. The city of 311,000 residents also saw population growth outpace housing unit growth by 2.75% during that time (41st-best overall). Finally, the median household income rose 26.85% over that four-year period, ranking in the top 50 cities for that metric.

Between 2016 and 2020, Sunnyvale, California had the third-largest change in both median home value (62.64%) and median household income (37.04%). Meanwhile, housing demand is more muted. The city’s population grew about a percentage point faster than the city’s housing stock during that same time, ranking 106th-highest overall.

Population growth in this southern California city outpaced housing unit growth by 4.45% from 2016 to 2020. That’s the 19th-highest housing demand in our study. Meanwhile, Moreno Valley had the 51st-largest increase in median home value (45.07%) during the same four-year stretch and the 61st-biggest jump in median household income (24.67%).

Oakland, California’s median household income rose by 38.71% between 2016 and 2020, the second-largest increase across our study. The city of over 422,000 residents also had the 45th-largest four-year change in median home value (45.85%), while the population grew 1.32% faster than housing units.

To find the top rising housing markets, we looked at data for the 322 U.S. cities with a population greater than 100,000 in 2020. We analyzed this information across the following three metrics:

Data for all metrics comes from the Census Bureau’s 2016 and 2020 5-year American Community Surveys.