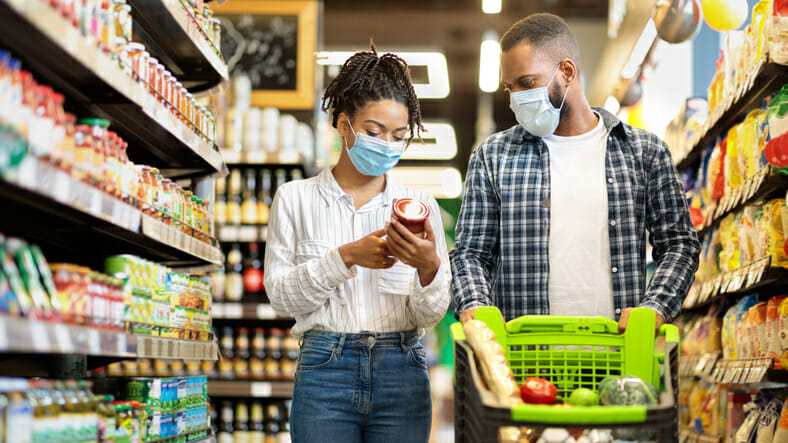 When the COVID-19 pandemic hit in 2020, American consumption patterns changed considerably, especially with regard to food and alcohol spending. In this study, we explored how the four largest living generations in the U.S. – Generation Z (born 1997 – 2012), millennials (born 1981-1996), Generation X (born 1965-1980) and baby boomers (born 1946-1964) – spend money on food and alcohol. Using data from the BLS’ 2020 Consumer Expenditure report, we discuss similarities and differences in spending for these two categories.

Food and Alcohol Spending in 2020

Across all households, more than half of food spending goes towards food enjoyed at home. But one generation came close to an even split in their spending: Generation Z. This generation is more likely than other generations to spend money on food away from home, with 44.1% of total food spending going towards eating out and takeout.

In 2020, a clearer divide in food spending arose when the pandemic pushed food delivery services into the limelight as more people avoided going out to restaurants or making a trip to the local grocery store. Between the youngest generation (Generation Z) and the second-largest generation (baby boomers), there is a 15.7% difference between them when it comes to food spending away from home.

For groceries, spending increases as we look at the habits of successive older generations, with a 15.7% difference in amount spent on food at home between Generation Z and baby boomers in 2020. 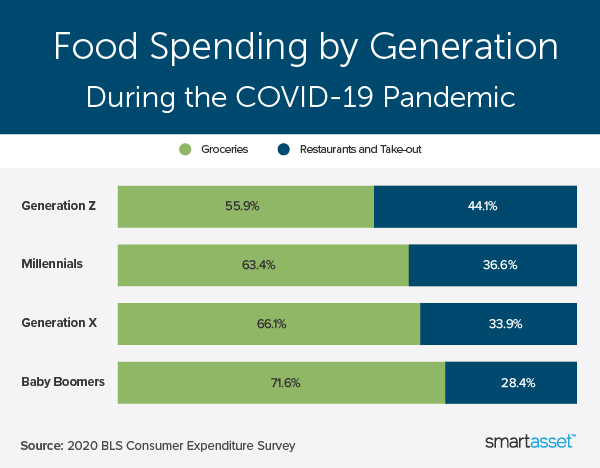 In gross terms, the three larger generations in this study spend at least $500 on alcohol annually. Despite being less likely to spend as much on alcohol, Generation Z is the only generation that allocated more than half of its alcohol spending for drinks consumed at restaurants and bars (51.2%). By contrast, nearly three quarters of baby boomers’ alcohol spending is enjoyed at home. Millennials and Generation X both allocate two-thirds of  alcohol spending on beverages at home. 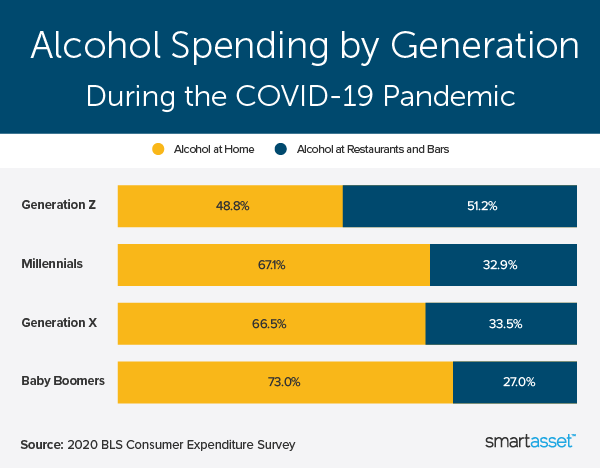 How Food and Alcohol Spending Was Affected by the Pandemic 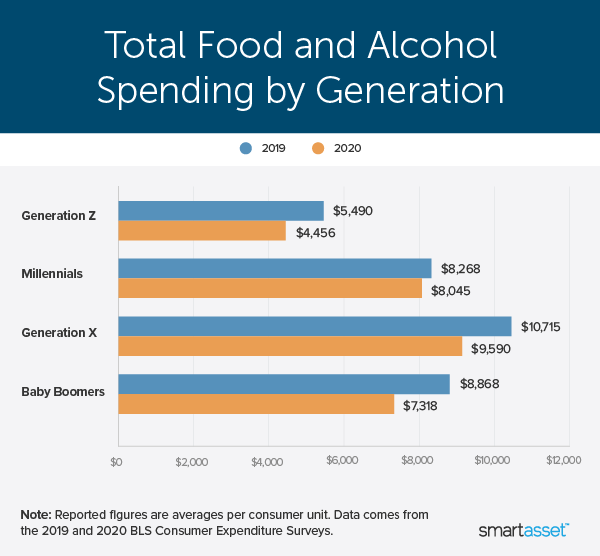 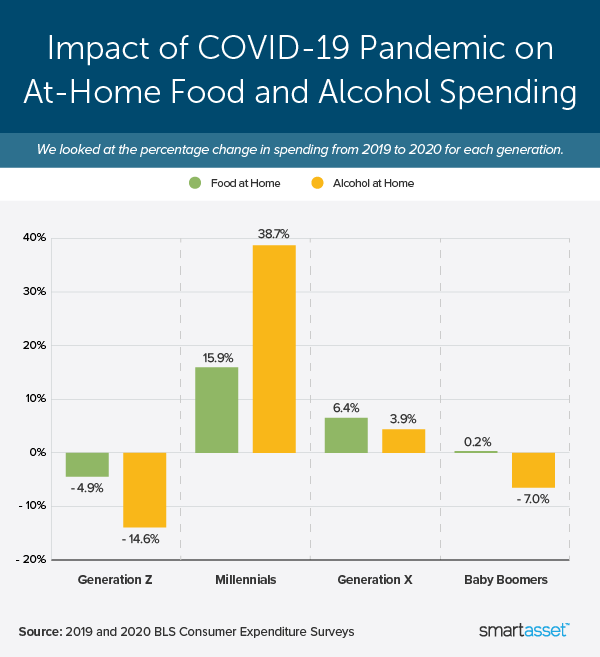 Data for this report comes from the Bureau of Labor Statistics’ 2019 and 2020 Consumer Expenditures Surveys. All reported figures are averages per consumer unit. Consumer units include families, single persons living alone, single persons sharing a household with others while also remaining financially independent or two or more persons living together who share major expenses.

The BLS measures the variability of average expenditures by calculating a coefficient of variation, which is the standard error divided by the mean expenditure and is expressed as a percentage. Most estimated averages have a coefficient of variation less than 25 per BLS recommendations. The two estimates cited for which this is not the case are average alcohol spending at home and away from home for Generation Z consumer units.

Tips for Budgeting and Saving