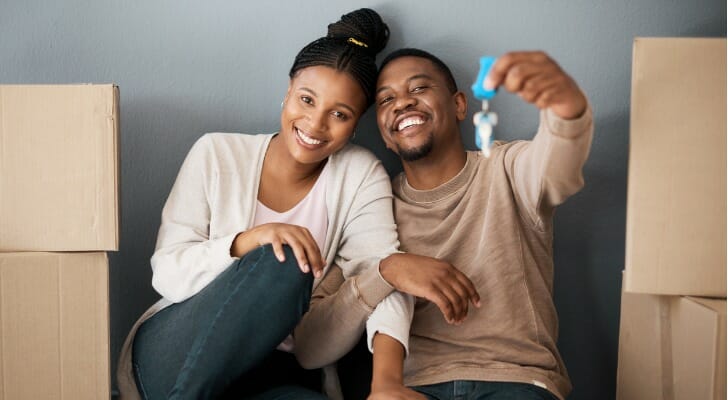 Homeownership is often viewed as a fundamental pillar of investing and building wealth. While real estate markets vary from city to city, home values have historically risen over the decades. In fact, home values across the U.S. have increased by nearly 17% over the last year, rising to $298,933 by the end of July 2021, according to Zillow. But appreciation is just one financial component of homeownership. Closing costs, property taxes and insurance also factor into whether homeownership is a good investment for a prospective buyer.

As real estate markets remain red hot, SmartAsset set out to determine which states are best for homeowners. We compared all 50 states across 10 metrics: median home value, home value appreciation, home value to household income ratio, foreclosures per 10,000 homes, average annual homeowners insurance, burglary rate, median annual property taxes, effective property tax rate, average closing costs and average closing costs as a percentage of median home value. For a breakdown of our data sources and how we put all the information together to create our final rankings, read the Data and Methodology section below.

This is SmartAsset’s seventh study on the best states for homeowners. The 2020 version can be found here. 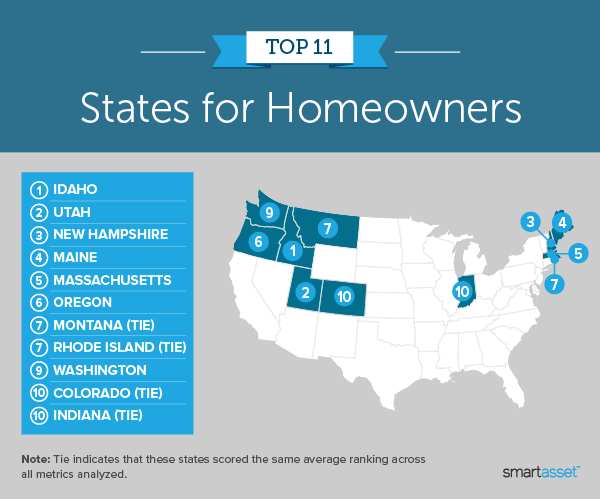 Nowhere in the U.S. did home values increase more between July 2020 and July 2021 than in Idaho, where homes shot up in price by 34.60%. Idaho also has the fifth-lowest foreclosure rate in the nation, at just 0.21 per 10,000 homes, contributing to its spot atop the rankings. Meanwhile, the Gem State has the eighth-lowest average annual homeowners insurance ($940) and ninth-highest median home value ($308,236).

Utah ranks No. 2 in this study thanks in part to a 26.84% increase in home values between July 2020 and July 2021 (third-highest overall). Utah also ranks highly for median home value ($376,455), which is sixth-highest across our study. The state’s average annual homeowners insurance is fourth-lowest in the nation ($711), while closing costs are just 1.26% of the median home value, ninth-lowest of all 50 states. Utah also ranks 10th-lowest for effective property tax rate (0.58%).

Homes in New Hampshire appreciated by more than 21% between July 2020 and July 2021, the eighth-highest rate across our study. Meanwhile, the Granite State has the lowest burglary rate (126.3 per 100,000 residents) and fifth-lowest average annual homeowners insurance ($773).

Maine is among the top 10 for three different metrics. The Pine Tree State had the nation’s fourth-largest increase in home values between July 2020 and July 2021, when homes gained 22.27% in value. Maine also has the fourth-lowest burglary rate (174.8 per 100,000 residents) and sixth-lowest average annual homeowners insurance ($849).

Closing costs in Oregon are just 1.05% of the median home value, fourth-lowest across the entire study. Oregon also has the sixth-fewest foreclosures per 10,000 homes (0.27) and the seventh-highest median home value ($381,871).

The fourth New England state in this year’s top 10, Rhode Island has relatively low closing costs compared to median home values (1.16%), seventh-lowest overall. For those who might be contemplating the switch from renting vs. buying here, two other important points to consider are that the Ocean State has the 10th-highest median home value ($314,588) and 10th-highest appreciation between July 2020 and July 2021 (20.72%).

Colorado sports the third-lowest effective property tax rate (0.49%), while average closing costs are 1.02% of the median home value, also third-lowest. Colorado also has the fifth-highest median home value in the country ($421,063). More specifically, Aurora, Colorado takes a spot in our latest study on the top 10 rising housing markets in the U.S.

To find the best states for homeowners, we compared data for all 50 states across a total of 10 metrics. Six of those metrics were given a full weight, shown below:

We assigned a half weight to the remaining four metrics: