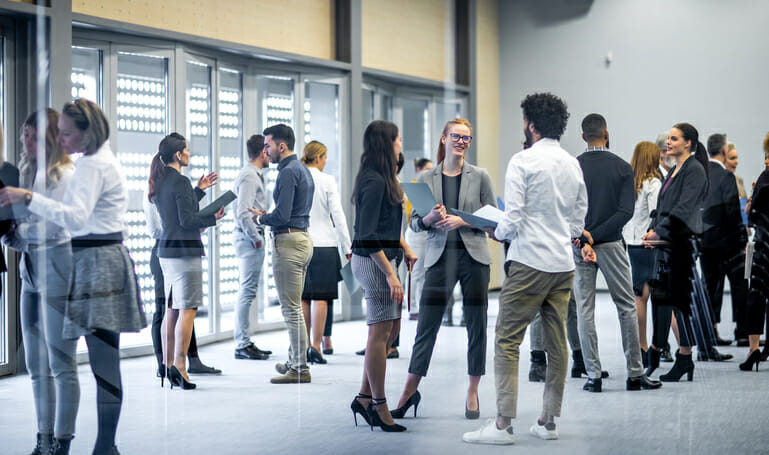 While the number of virtual events has increased exponentially over the past two years, they are not without pitfalls. A recent survey by video conferencing service BlueJeans and Forrester Consulting shows that 71% of respondents find it difficult to mimic the in-person experience of an event virtually. As a result, many companies are considering how to safely return to in-person conferences. In fact, the volume of in-person events is expected to rise by over 10% in the next year and there are precautions that conference organizers can take to keep face-to-face events safe.

To uncover the cities that offer the best atmosphere for conferences, SmartAsset analyzed 31 major cities with at least 100 hotels each. We compared cities across a total of eight metrics, grouped into three categories: hotels & dining, affordability and travel accessibility & safety. For details on our data sources and how we put all the information together to create our final rankings, read the Data and Methodology section below.

This is SmartAsset’s seventh study on the best cities for conferences. Check out the previous version here.

The most populous city in Nevada takes the No. 1 spot, scoring high in our affordability category as well as the travel accessibility & safety category. Specifically, Las Vegas, Nevada has the lowest average hotel room rate ($52) and ninth-lowest average restaurant meal cost for two people ($65). It ranks third-best for both its travel time to the airport (11 minutes) and distance between downtown and the airport (4 miles).

When it comes to travel accessibility & safety, California's San Diego scores highest. It has the lowest violent crime rate (369 for every 100,000 people) and the shortest distance between downtown and the airport (3.6 miles). The city also ties for the third-lowest travel time to the airport (11 minutes).

Atlanta, Georgia ranks in the top 10 cities for both the affordability category (eighth) and the travel accessibility & safety category (10th). Conference goers traveling to Atlanta have access to the ninth-highest number of hotels (253) and the sixth-lowest average hotel room rate ($112). Getting to the airport in this major city takes roughly 15 minutes (seventh-lowest, tying with three other cities).

The affordability category is where Tucson, Arizona shines, ranking third-best for its restaurant meal cost ($50) and fourth-best for its average hotel room rate ($109). In terms of getting to and from the airport, Tucson also ranks well for travel time (15 minutes) and distance to the airport from downtown (roughly 8 miles).

The Big Apple takes the No. 1 spot for the hotels & dining category, with 450 total hotels and over 13,500 restaurants, bars and entertainment establishments (making up 13.64% of all city establishments). For those two individual metrics, New York ranks second-best and fourth-best, respectively.

Oklahoma City, Oklahoma scores highest in affordability, taking the No. 4 spot for that category. This is due to its average restaurant meal cost ($45, which is lowest across all 31 cities in this study) and its average hotel room rate ($115, which ranks 10th-best).

In San Francisco, California, there are roughly 275 hotels (sixth-highest) and entertainment establishments including restaurants and bars make up roughly 13% of all establishments (fifth-highest). San Francisco ties with one other city for its average hotel room rate, offering the sixth-lowest cost at $112.

Houston, Texas ranks in the top 10 cities for three individual metrics: the number of hotels (618, in total), average hotel room rate ($110) and average restaurant meal cost ($65). In terms of travel needs, the distance between downtown and the airport is roughly 11 miles and average travel time between the two is just under 20 minutes.

Travel accessibility & safety is the category in which Columbus, Ohio scored the highest. Columbus offers the 11th-lowest travel time to the airport (16 minutes, tying with two other cities). Additionally, the distance between downtown and the airport is roughly 8 miles (ninth-lowest). The city also offers the eighth-lowest violent crime rate (556 for every 100,000 residents).

To find the best cities for conferences, SmartAsset compared data for the largest cities in the country that have at least 100 hotels and complete data. This left us with 31 cities, which we compared across three categories and eight individual metrics:

We ranked each city in every metric and found an average ranking and score for each category. We then found a final score, averaging the three category scores. The city with the highest cumulative score ranked at the top of our list.