The States Most Vulnerable to Identity Theft 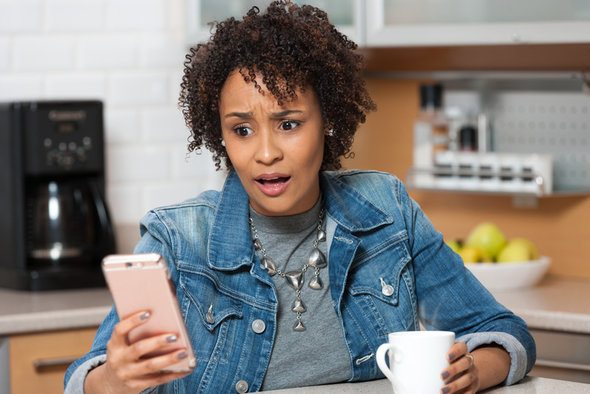 Identity theft is a major problem in the U.S. Over 15 million people were victims of identity theft in 2016, a 15% increase from the year before. While everyone is at risk of having their identity stolen, some people are at increased risk. This is especially true when you look at state data. Some states have more elderly residents, one of the most targeted groups for identity theft, or have wealthier households, another prime candidate for attempted identity theft.

In order to find the states most vulnerable to identity theft, SmartAsset looked at data on identity fraud complaints, identity theft complaints, percent of the population under the age of 10 or over 65, average number of open credit cards per resident and the percent of households with an income over $74,999. To see where we got our data and how we put it together, check the data and methodology section below. 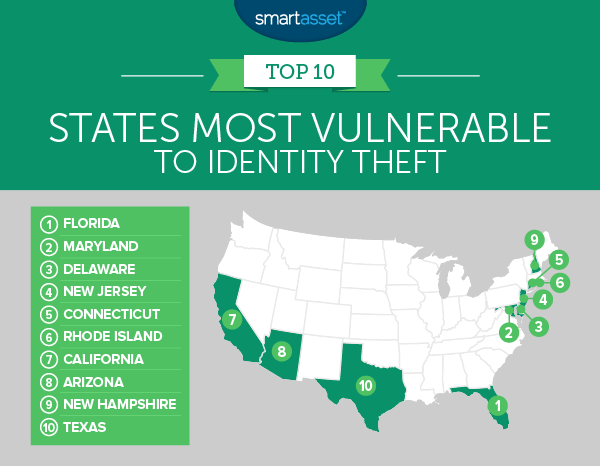 What may make Florida a juicy target is the large number of children and senior citizens in the state. Florida leads the nation in percent of residents who are under the age of 10 or over 65. Close to 30% of Florida’s population falls into these categories. Research shows these are among the most vulnerable citizens.

Maryland is another state which appears to have a target on its back. Residents of the Old Line State complained about both identity fraud and identity theft to the FTC at top 10 rates. While Maryland does not have a large number of residents who fit the age profile of those most vulnerable to identity theft – only 25% of Marylanders are under 10 or over 65 – it does have a large proportion of high earners.

The state also has a high number of average credit cards per resident. While having many open credit cards is not necessarily a bad thing on its own – having multiple credit cards may allow one to optimize rewards, for example – it could increase the chance of having your identity stolen.

New Jersey residents have two things which may make them likely targets for identity theft. First, they have a relatively wealthy population. Just under half of households in New Jersey make more than $74,999 and on average New Jersey residents each have 2.76 open credit cards. For those two metrics, New Jersey ranks second and first, respectively.

Rhode Islanders have the sixth-highest average number of open credit cards in the country. If you think your identity was stolen through one of your credit cards and are not receiving much support from your financial institution, the Consumer Financial Protection Bureau (CFPB) might be able to help. One of the most common financial complaints that it receives is about identity theft linked to credit cards.

Did you know that California has the highest debt-to-income ratio of any state in the country? A large chunk of that debt is held over multiple credit cards. Californians, on average, have 2.48 open credit cards, the ninth-most in the country. If you do have a lot of credit cards, make sure you are carefully checking all your monthly statements to look for any transactions which you did not make.

One of the most popular states for retirees is also one of the most targeted by identity thieves. Data from the FTC shows that Arizona complained about identity fraud at the 14th-highest rate and about identity theft at the 16th-highest rate. Arizona residents are also right in the most vulnerable age range. Census data shows that 28.8% of Arizona residents are under the age of 10 or over the age of 65. Both demographics that identity thieves tend to target.

Young children are vulnerable because they have no way of protecting themselves and if they do have their identity stolen, they often do not find out for many years. By then the damage is already done. One way to help protect your child’s identity is to set up a credit file for them and check it regularly.