Places Where It’s Hardest to Save Money 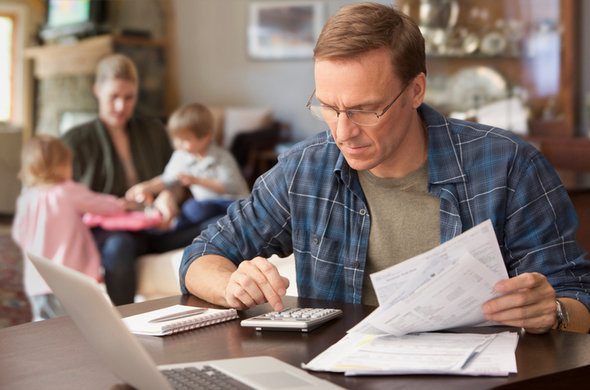 Many Americans don’t manage to save much. According to a survey done by the Federal Reserve, 31% of respondents had no retirement savings at all. Whether it’s because of high student debt or climbing housing costs, Americans across the country are finding it hard to save. But not every place presents the same challenges. In some places, high housing costs make it hard to save, and in others, it’s low salaries. We look at these and other factors to find the hardest places to save money. 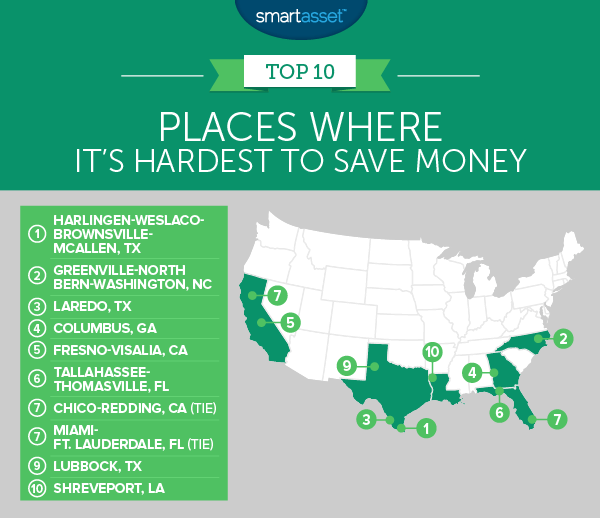 Residents of the Harlingen-Weslaco-Brownsville-McAllen metro area may find it extremely difficult to save much of their income. For starters, residents in this area have the largest average credit-card-debt-to-income ratio in our study at 26.8%. This means just to pay off all their credit card debt, average residents would need to spend over a quarter of their annual income.

In second place is Greenville-North Bern-Washington. Average credit card debt represents 24.9% of the median individual income here. And residents have a non-mortgage-debt-to-income ratio of 1.84. Both of those scores are in the top 10.

But the housing metrics show exactly how difficult it is to save in Greenville-North Bern-Washington. Average residents have mortgage debt worth 6.5 times their annual income. Many experts say you can afford a home priced at two – three times your annual salary. Needless to say the average Greenville-North Bern- Washington resident is in far more debt than that. Renters here also typically spend just under 35% of their income on rent. It will be difficult for residents to aggressively save or even tackle their credit card debt, if they’re spending such a large chunk of their income on housing costs.

Laredo, Texas residents have done a relatively good job at keeping credit card debt – one of the worst kinds of long term debt to have – down. On average Laredo residents hold credit card debt worth about 23% of the median income. That’s the fourth-best ratio in our top 10. However, that credit card debt in Laredo could easily up being very expensive. Let us explain why.

Your credit score is an important factor which determines what APR you will pay on your credit card. The higher your APR, the larger your credit card bill. This is where Laredo residents get in trouble. Our data shows that Laredo residents, on average, have the fourth-lowest credit score in the study. This means even if they hold less debt than other places, it could end up be more expensive due to the interest charges.

Columbus has the second-largest chunk of average credit card debt in the study. For the average Columbus resident to pay off all his credit card debt, he would need to fork over just under 26% of his income.

Columbus residents don’t just have a large amount of credit card debt, they have a lot of other debt, too. In fact, residents in Columbus have a non-mortgage-debt-to-income-ratio of 1.78. Non-mortgage debt includes factors like student loan debt, medical debt and auto loan debt. That means the average resident would need to save 1.78 years’ worth of salary to pay off all their debt.

Fresno-Visalia is our first area outside the South to crack our top 10. Residents here may struggle to save due to high housing costs and low credit scores. According to our data, the average resident in Fresno-Visalia spends 34% of her income on rent (the 13th-highest rate in the study). The average resident also has a mortgage-debt-to-income-ratio of 8.17 (the 11th-highest ratio in the study). The average credit score in the area is 646, which is considered fair.

Tallahassee-Thomasville is the first of two Florida metro areas to crack our top 10 places where it’s hard for locals to save money. Residents have the fourth-highest income-adjusted rent costs in the study. Rent here typically costs residents just under 37% of their income. When you are paying 37% of your income toward housing, it doesn’t leave a lot for paying off debt or saving money.

Chico-Redding residents have some of the highest debt in the study. According to our data, residents have an average mortgage-debt-to-income-ratio of 9.19. That means the average resident has mortgage debt amounting to more than nine years’ worth of income. Having that amount of mortgage debt is not generally recommended. Of course, how much home you can afford also depends on other factors, like how much other debt you have and how high property taxes are in your area.

Residents in this southern Florida metro area may struggle to save due to the housing costs. Whether you’re thinking about renting or buying in the Miami-Ft. Lauderdale area, both options can be expensive. Our data shows the average renter in the area spends over 37% of income on rent. In terms of buying, data shows that residents have mortgage debt worth an average of 8.45 times more than the median individual income. If residents are spending such a large portion of their income on housing, it’s likely they’re struggling to save. Plus, the Miami area has a high cost of living.

Residents also have a lot of other debt they need to pay off. Our data shows they have non-mortgage debt worth almost two times the median individual income. Lubbock residents who are working hard to pay off all that debt may find it difficult to put much away into a savings account. 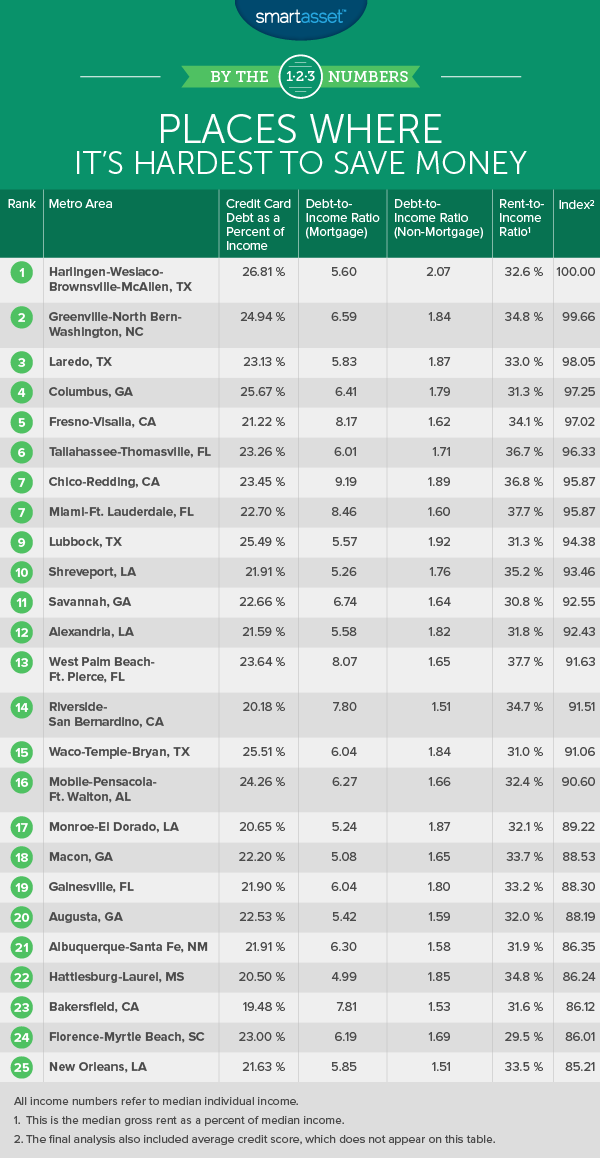