Where Millennials’ Credit Scores Have Risen the Fastest 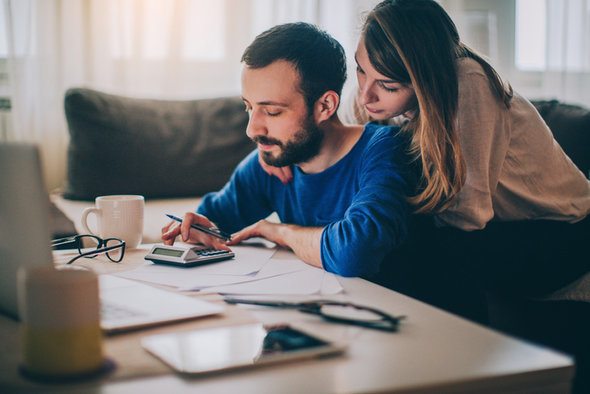 Credit scores across the country are on the rise. Up about 1% on average, according to Experian data. But does that fact hold for every generation? Millennials sometimes have a reputation for not handling their finances well, are their credit scores also rising? We decided to investigate and found the places where millennial credit scores have risen the fastest.

Have a high credit score? You may qualify for the best rewards credit cards. 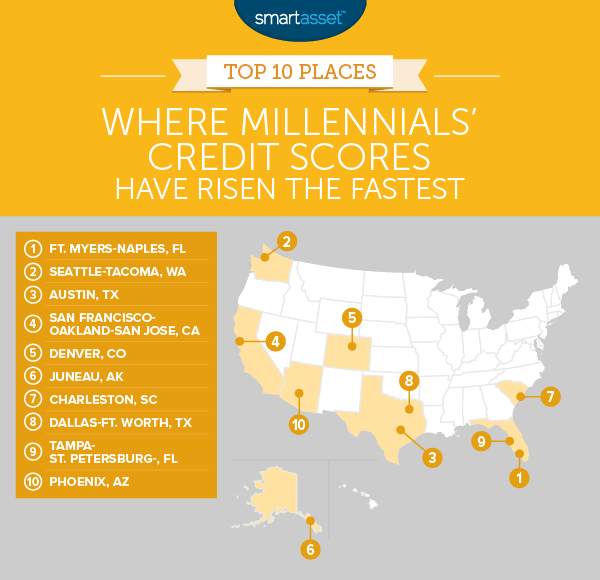 Millennials were not the only group to see their finances improve in Fort Myers-Naples. Every generation except the Silent Generation (those born from 1925 – 1945) saw their average credit scores improve.

With how expensive the Seattle area can be, millennials will be thankful for their improved credit scores as they now have better access to solid rewards credit cards and lower mortgage rates.

Back in 2010, Austin millennials were in a precarious financial position. They had an average credit score of 616, which is considered quite low. Fortunately they were able to improve that average credit score by 4.31%, from 616.2 in 2010 to 642.7 in 2016. While this means Austin millennials may not quite qualify for the best low APR credit cards with that score, they are certainly making progress.

In fact, if not for their high credit scores in 2010, San Francisco-Oakland-San Jose would have taken first on this list. This area had the largest absolute gain in credit score, but due to their higher 2010 credit score saw a lower percent growth.

While 650 isn’t bad it doesn’t give Denver millennials, who may be looking to switch from renting to buying, access to the best mortgage rates. According to our mortgage rates table a Denver resident with a credit score of 650 would be looking at a mortgage rate of around 5%.

Juneau is the capital of Alaska, a state with a lot of debt and a few bad credit card habits. Overall Juneau millennials increased the average credit score from 611 to 635. That’s a 3.92% increase. There’s still room for improvement. Juneau millennials, on average, will struggle to qualify for good mortgage rates with a 635 credit score.

As mentioned in the Dallas-Fort Worth blurb, Tampa-St. Petersburg just barely fell to ninth. Of all the cities in our top 10, Tampa millennials started in the worst financial position. The average millennial credit score was 591. Fortunately they’ve upped that figure to 614. There’s still some way to go to a truly healthy credit score however.

Phoenix rounds out our top 10. The average millennial credit score jumped 23 points from 615.7 to 638.7. That’s a 3.73% increase. Our data suggests that it was not just millennials in the Phoenix area who worked on improving their financial well-being. Across the metro area the average credit score jumped 14 points, with Gen Xers and Baby Boomers also doing well. 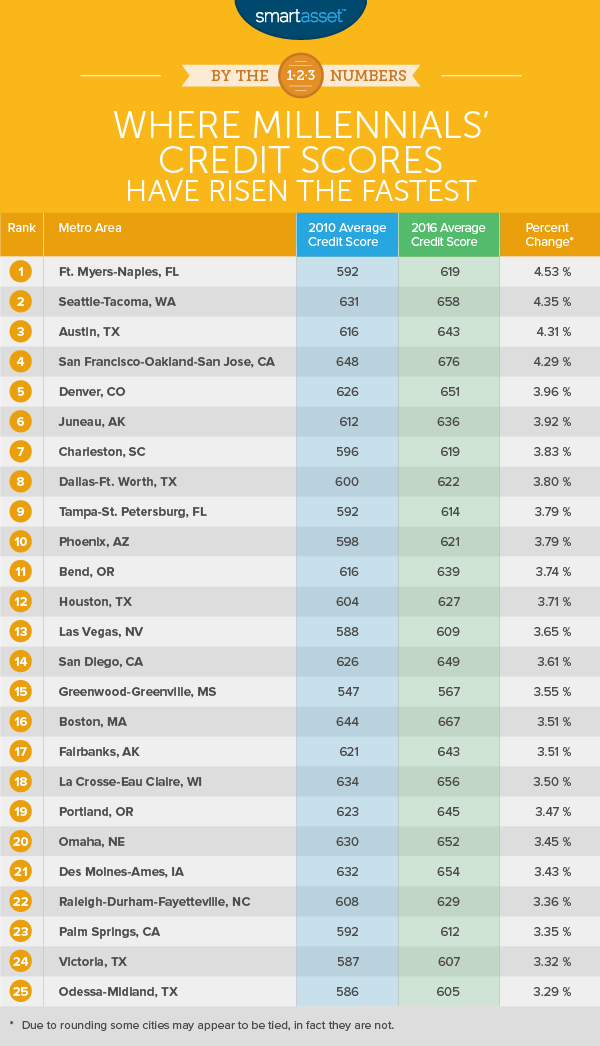 In order to find out where millennial credit scores have risen the fastest, we looked at data on 211 metro areas. Specifically we looked at the following two metrics:

In order to create our final rankings, we found each city’s percent change in credit scores from 2010 to 2016. We ranked the metros from highest percent change to lowest.

Tip for Millennials Looking to Build Their Credit Score

Many millennials have lean credit files. This may mean that they don’t even have a credit score due to a lack of information/credit history. Here are some tips for millennials looking to build their credit.