Places Where Credit Scores Have Risen the Fastest 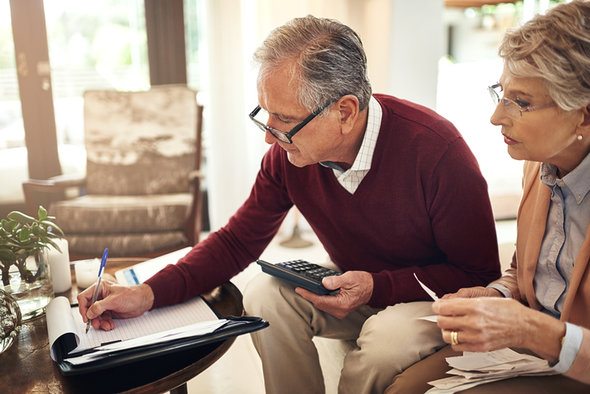 Your credit score is important. It can help determine whether you get a credit card with a 0% intro APR or a 23% APR. It can also help determine if your mortgage interest rate is going to be 3.5% or 5.5% – or if you qualify for a mortgage at all. People in some cities seem to be doing a better job improving their credit scores as compared to people in other cities. Read on as SmartAsset looks at credit scores across the country to find the places where credit scores are rising the fastest. 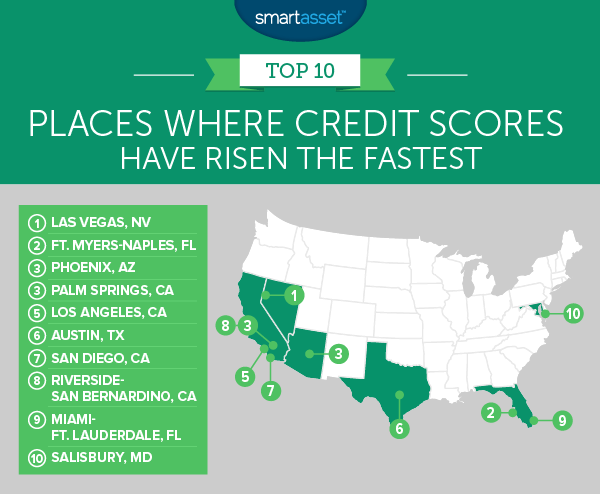 When you imagine fiscal responsibility does Sin City spring to mind? Probably not and for a good reason. In 2016 the average resident in Las Vegas had a credit score of 645, which is below the national average. But it could be worse. In 2010 the average Las Vegas resident has a credit score of 626. That number is so low it makes it significantly more difficult for them to get approved for a mortgage. Overall from 2010 to 2016, Las Vegas residents increased their credit score by 3.04% – the fastest increase in the nation.

Residents of the Fort Myers-Naples metro area saw some impressive gains on their credit scores. If we were measuring by points gained they would actually be tied with Las Vegas. The average resident grew her credit score by 19 points, up from 666 in 2010 to 685 in 2016. While 685 is pretty good there is always space to improve. For example, if you are the type who always pays off your credit card bills on time and in full, but uses most of your credit limit, consider asking for an increase of your credit limit. This will lower your utilization rate, an important metric which helps determine your credit score.

Phoenix residents tied with Palm Springs residents for third. On average, residents’ credit scores in the Phoenix area increased by 14 points, or 2.15%. Average scores rose from 651 in 2010 to 665 in 2016. Much of that increase came from Gen Xers and millennials. Gen Xers increased their credit scores from 616 to 642 on average. While millennials increased their scores from 598 to 621 on average.

Los Angeles residents increased their credit score by the same number of points as Phoenix and Palm Springs but because they started from a higher number, they had a lower percent increase. But still a 2.13% change, from 656 to 670, is impressive. The good news for Angelenos is that almost all generations are taking measures to improve their finances. Every generation except the Silent Generation saw their credit scores rise from 2010 to 2016.

Back in 2010 residents in Riverside-San Bernardino needed a financial intervention. They had an average credit score of 620, which not only locks them out from good mortgage rates, it also stops them from getting the best rewards credit cards. By 2016 they saw some improvement. Residents increased their credit scores by an average of 12 points from 620 to 632, for an overall increase of 1.94%.

There’s still room for improvement, of course and there’s a lot of work to be done for millennials and Generation Zers in Riverside-San Bernardino. Both those generations have average credit scores below 600. Some ways to improve your credit score are to pay monthly bills on time and lower your credit card debt. It’s also important to check you credit report for any inaccuracies and then work on getting any errors fixed.

Rounding out our top 10 is Salisbury, Maryland. Salisbury is a city just south of the Maryland-Delaware border with a population around 33,000. Average credit scores in the Salisbury area went from 658 to 670. That’s an increase of 12 points, or 1.82%. Generation Z, in particular, saw a dramatic increase in average credit scores, up from 533 in 2010 to 626 in 2016. 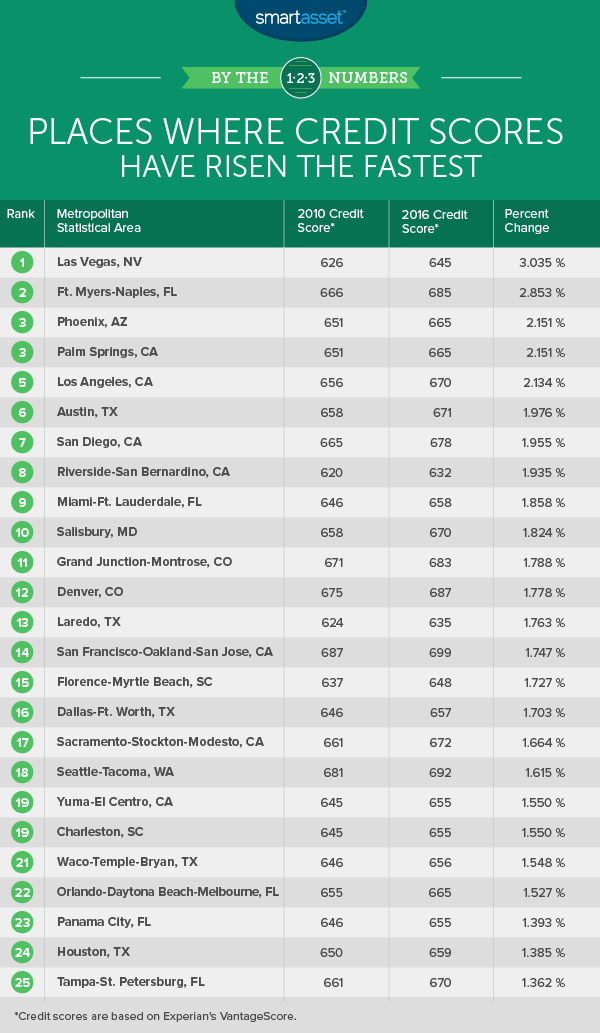 Data on credit scores comes from Experian’s State of Credit Report for 2016.