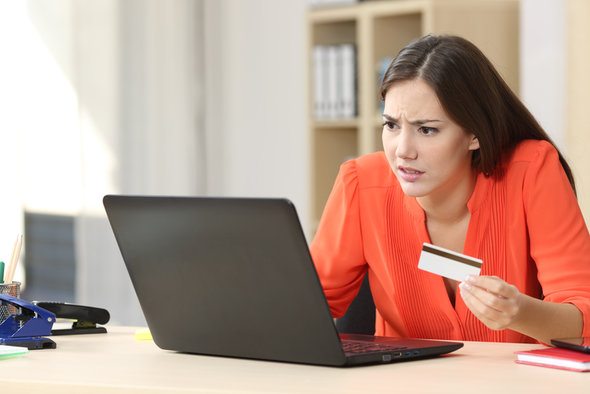 Check out our guide to the best balance transfer credit cards.

The CFPB releases data on complaints that it receives (but keeps consumer information anonymous). Below, we dive into credit card complaint data to see what issues keep cropping up. 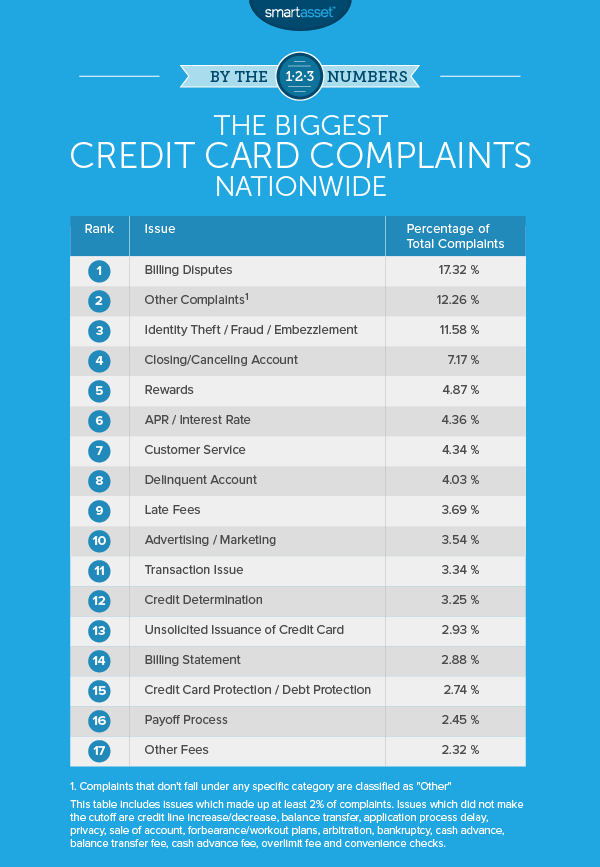 Identity theft, fraud and embezzlement can come in a few forms when it comes to credit cards. Someone may have opened credit cards in your name and used them to make charges or simply used your existing credit card to make charges. The scary thing about identity theft is that it can be hard to spot until quite late, putting a dent in your credit score. There are some simple ways to protect yourself against identity theft, like setting up alerts with the major credit bureaus and your bank.

Disputes about closing and canceling accounts come in two forms. There are consumers who report an inability to close an account and then there are other consumers who are reporting accounts being closed without their consent. About 7% of all complaints fell under closing/canceling an account.

Many of the complaints around customer service focus on how difficult it can be to communicate with financial companies. Consumers complain about being on hold for hours, phone calls going unanswered or questions not adequately being answered. Over 20% of customer service complaints receive monetary relief.

Complaints about late fees account for 3.69% of all credit card complaints. Financial companies charge late fees when people miss payments. Typically, consumers who file complaints say that they paid their balance on time and no late fee is owed. In these disputes consumers tend to come out on top. Over 56% of late fee complaints receive monetary relief. Data from the CFPB shows that the median amount of relief is $130 and $25 is the most common amount.