Where Rent Is Becoming More Affordable for Workers 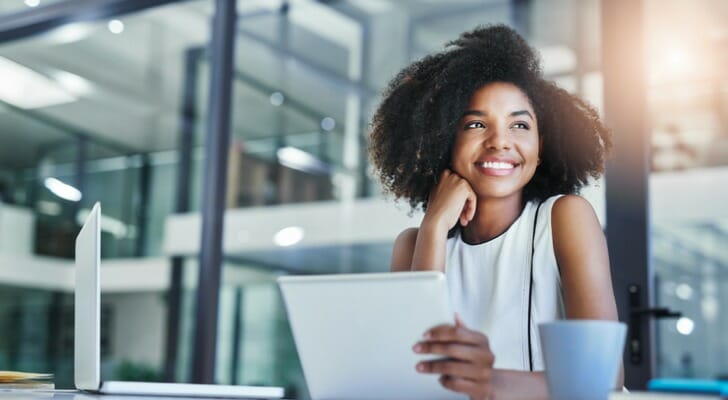 Renters in America face an uphill battle to create space in their budgets for saving. In fact, the latest Census Bureau data reveals that nearly 10 million renting households spent at least 50% of their income on rent in 2017. But there’s good news on the horizon for workers who rent in some cities. With unemployment rates near record lows and earnings starting to rise, some renters are actually finding themselves with more of an opportunity to sock away money. Below, we compare median earnings for full-time employees to average rents to see where rents are becoming more affordable for these workers.

To find where rents are becoming more affordable for full-time workers, we looked at data on median income for full-time workers in 2016 and 2017 and compared it to median rent in 2016 and 2017. We then compared the percent change in the two figures. Check out our data and methodology below to see where we got our data and how we put it together to create our final rankings. 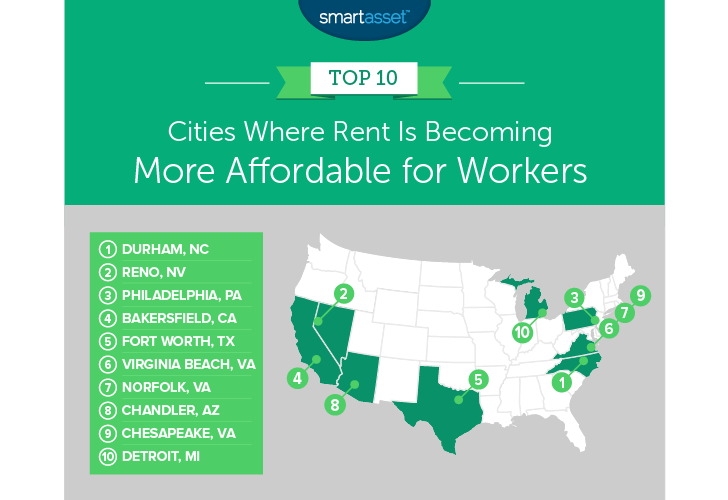 Occupying the second spot is Reno, Nevada. The Biggest Little City in the World, as it’s known, is quite a bit more affordable for workers than it used to be. According to our research, the average full-time worker’s income rose by $5,712 per year, or 15%. That compares favorably to rent which only rose by 4%, from $908 per month to $946 per month.

California is afflicted with one of the most difficult housing markets for renters in the country. Rent in California has taken off without any sign of stopping. As a result, renters there are shelling out large portions of their incomes to their landlords. In 2005 the median rent in California was $970. In 2017, it was $1,450. Bakersfield renters are not immune to this uptick in rent. In just one year, from 2016 to 2017, rents increased by almost 7%, from $1,015 to $1,082 per month. Despite that frightening rise in rents, incomes have done better. From 2016 to 2017, the median full-time worker’s pay increased by almost 14%, from $42,300 to $48,000.

Texas is traditionally known for cities that have an affordable cost of living. Fort Worth is not too different. According to our data, median rent in 2016 would have cost 28% of the average full-time worker’s income. After an income rise of nearly 9% and a rent increase of only 2%, that figured dropped to 26%. In total, the income increase in Fort Worth outpaced the rent increase by nearly 7 percentage points.

While rent has been trending upward and employment markets have been booming in other cities, things have been quiet in Norfolk. For the most part, Census Bureau data suggests renting in 2017 is no more expensive than renting in 2016. But at same time, incomes for full-time workers have risen, albeit at a modest rate. Over the time period analyzed, incomes are up a tick over 4%. But since rents have held steady, all the increase in incomes can go straight to Norfolk residents’ checking accounts.

Chandler is one of the most livable cities in the country for a reason. For the most part, residents here are able to find work that pays them well enough to cover their basic needs and allows them to save up for the future, whether that’s a down payment or retirement. Even renters here do well. The median rent in 2016 cost just under 28% of the median full-time worker’s rent in 2016. In 2017 that figure dropped to 26.9%. Principally, that drop came from the large increase in incomes that full-time workers earn. The median full-time worker’s income here increased by 7.5% from 2016 to 2017. 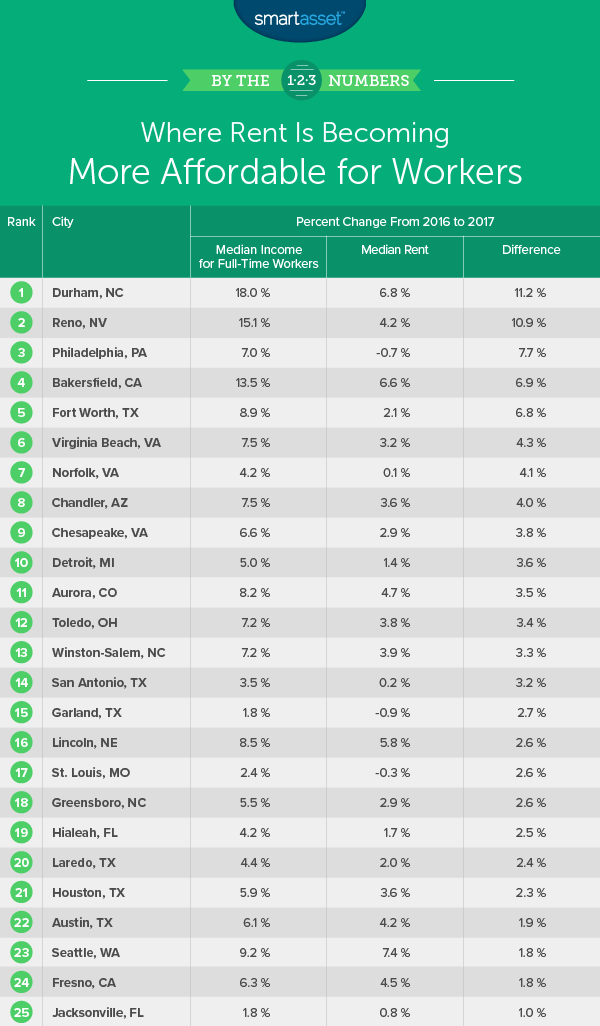 In order to rank the places where rent is becoming more affordable for full-time workers, we looked at data on the 100 largest cities in the U.S. and compared them across the following two metrics:

Data for all metrics comes from the Census Bureau’s 2016 and 2017 1-year American Community Survey.

Tips for Knowing When to Switch from Renting to Buying