Fastest-Growing Jobs in Each State 2019 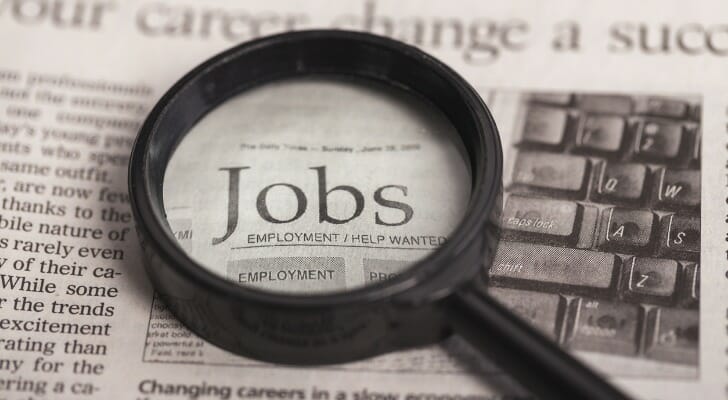 There are lots of jobs available in America right now. Unemployment is low, and many companies are looking to hire good people. Where, though, are the sectors that are growing and looking for more people to fill companies’ ranks? And how does the area of the country you live in impact what occupations you should explore if you’re considering changing careers or finding a new job that can better help you build your savings? For the third year in a row, SmartAsset has found the fastest-growing job in each state, so you can know what jobs are hot in your home state, or where you might need to move if you have a particular set of skills.

To look at this issue, we considered employment trends in all 50 states. We looked at the five-year percent change in employees in every occupation listed in the Bureau of Labor Statistics from 2014 to 2018. For a full explanation of our data sources and how we put them together to come up with our final rankings, see the Data and Methodology section below.

This 2019 version is SmartAsset’s third time conducting this study. Check out the 2018 version here. 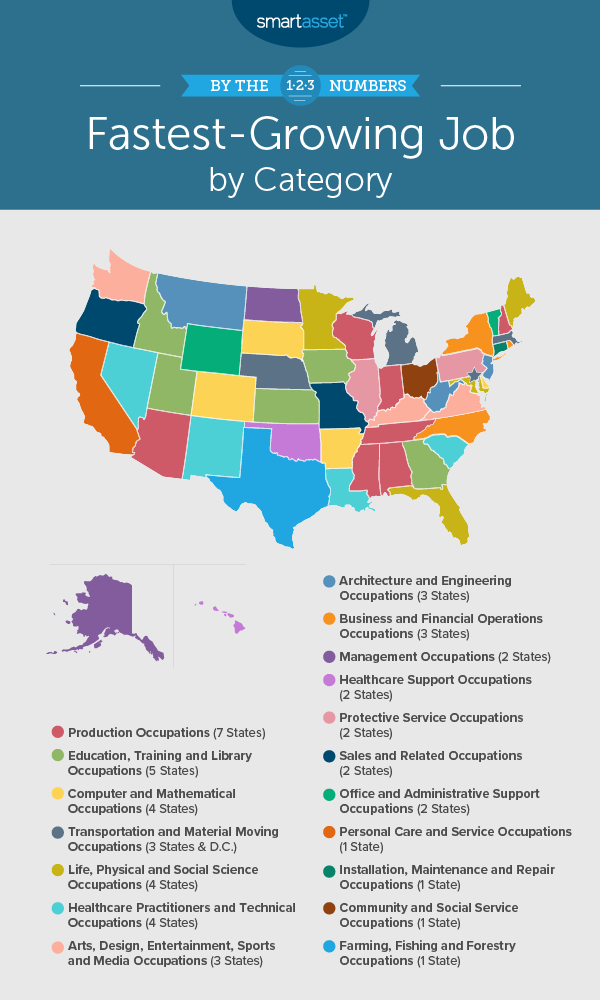 Production occupations are this study’s fastest-growing occupations in the highest number of states – seven, including Alabama, Arizona, Indiana, Mississippi, New Hampshire, Tennessee and Wisconsin. This field encompassed several individual jobs. In Alabama, it meant jobs in molding, coremaking and casting machine setters, operators and tenders (in both plastic and metal). The Bureau of Labor Statistics (BLS) estimates that there were 4,390 people working in this occupation in 2018, up approximately 174% from 1,600 people in 2014. Average earnings for a worker in this job were $33,950 in 2018, an increase of about 13% from $30,010 in 2014. In Indiana, it was engine and other machine assemblers, a job that saw around a 127% increase in employment.

Education, training and library occupations were the fastest-growing occupations in five states. All of these jobs involve teaching and training others to teach and navigate resources. Some of the specific jobs include graduate teaching assistants in Idaho with a 338% increase in employment, adult and secondary education literacy teachers in Iowa with a 220% increase in employment and postsecondary physics teachers in Kansas with a 175% increase in employment. Graduate teaching assistants in Idaho were taking home average earnings of $29,730 in 2018, up by almost 70% from $17,530 in 2014. Literacy instructors in Iowa earned an average of $54,210 in 2018, which was an increase of about 28% from $42,350 in 2014. And postsecondary physics teachers in Kansas earned an average of $95,460 in 2018, up about 48% from their 2014 average earnings of $64,490. For those who are in the teaching profession or who would like to be, it could be helpful to check out the best places for teachers.

Another big growth area is computer and mathematical occupations. In Arkansas, statisticians have seen an approximately 171% growth in employment, and their average earnings increased by almost 39% between 2014 and 2018, from $55,180 to $76,630. In Colorado, meanwhile, employment for computer and information research scientists has grown by about 182%, and the average worker in this job earned $121,180 in 2018. Other jobs in this category include information security analysts – an occupation whose employment numbers grew by about 141% in Delaware – and software developers – an occupation whose employment numbers grew by about 187% in South Dakota. For those in this field or looking to enter this sector, be sure to check out the best cities for tech jobs.

Wyoming saw the biggest growth in the number of people employed as insurance claims and policy processing clerks, which grew by about 146% over the time period we analyzed. Average earnings for an employee in that job grew only by about 6% between 2014 and 2018.

All data, including earnings data, comes from the Bureau of Labor Statistics.