During the 2008 Great Recession, well-known startups like WhatsApp, Venmo and Slack were founded. In the face of an impending COVID-19 recession, some optimists have looked to these successful startups as hope that a third 21st century economic downturn may spur entrepreneurial innovation and resourcefulness. However, for many, a recession can be a daunting time to launch a business, which often puts hard-earned savings on the line. Additionally, the particulars of the COVID-19 pandemic – such as easy transmission of the infection and social distancing measures – may further lead aspiring business owners to put their plans on hold. 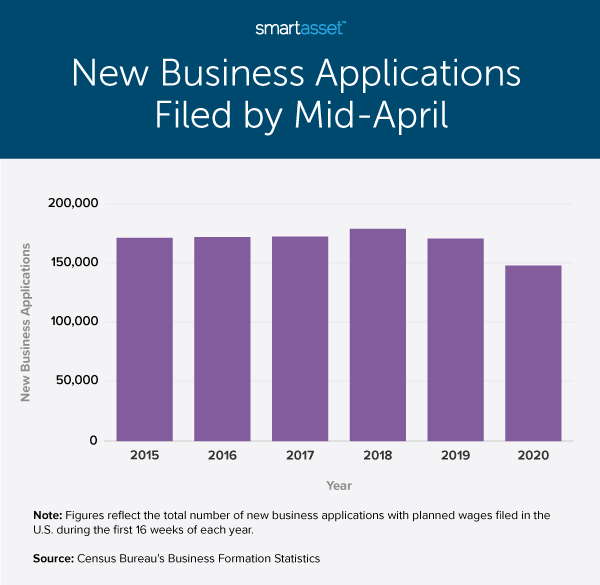 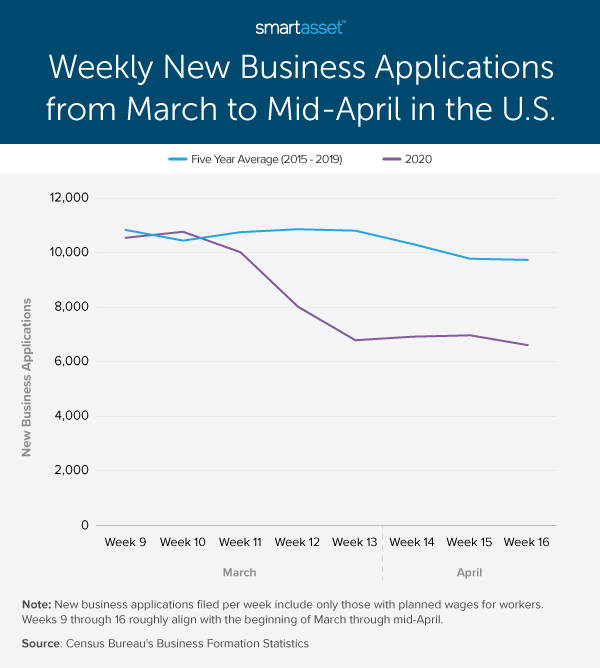 What Has Happened at the State Level? 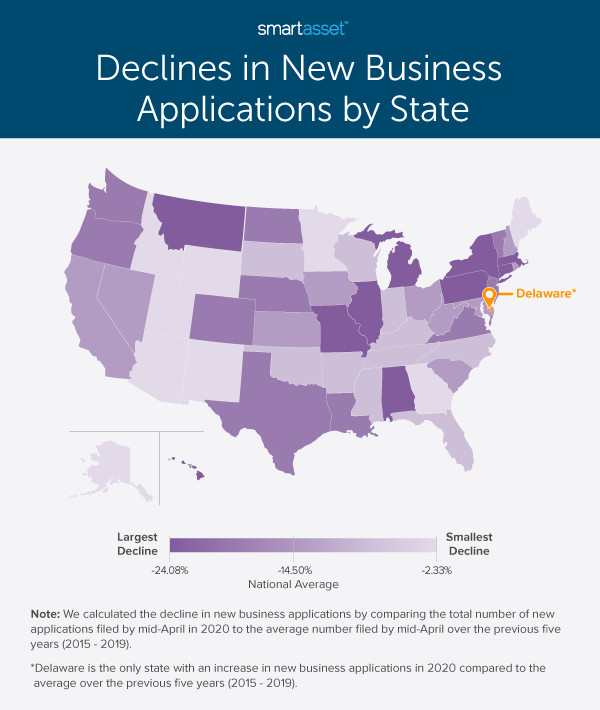 States With the Largest Declines in New Business Applications

States With the Smallest Declines in New Business Applications

The table below shows the changes in new business applications for all 50 states. States are ranked from those with the largest declines to those with the smallest.

Tips for Navigating Your Business Through COVID-19