Cities Where Renters Can Afford to Live Alone – 2019 Edition 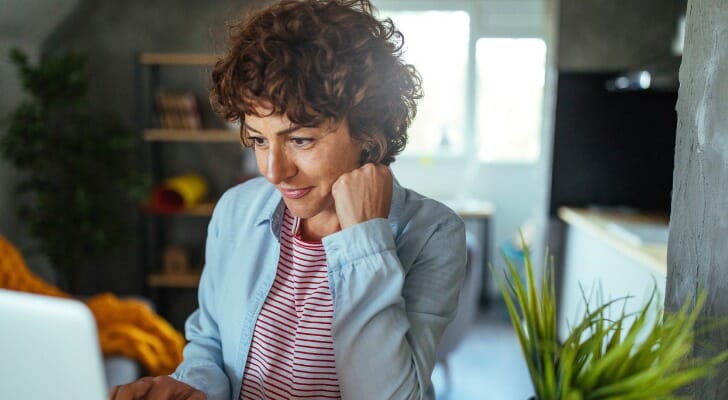 Lots of young people need to find a roommate to help pay their rent, but many of them dream of being able to locate an affordable home that is just theirs and that allows them to sock away more money in a savings account. There are some cities, though, where it is easier than in others to rent a place all on your own. Factors like average income, average rent cost and the availability of smaller apartments can create a situation that is either conducive to renting alone or difficult for solo renters who would be better served seeking out a roommate. Below, we consider these and some other factors to find the cities where renters are best able to live alone.

Specifically, we considered data across five metrics: median rents, the number of studio and one-bedroom apartments as a percentage of all homes, median earnings for full-time workers, overall cost of living and unemployment rate. For full details on our data sources and how we constructed these rankings, see the Data and Methodology section below.

This is our second study on the cities where renters can afford to live alone. Read the 2018 study here. 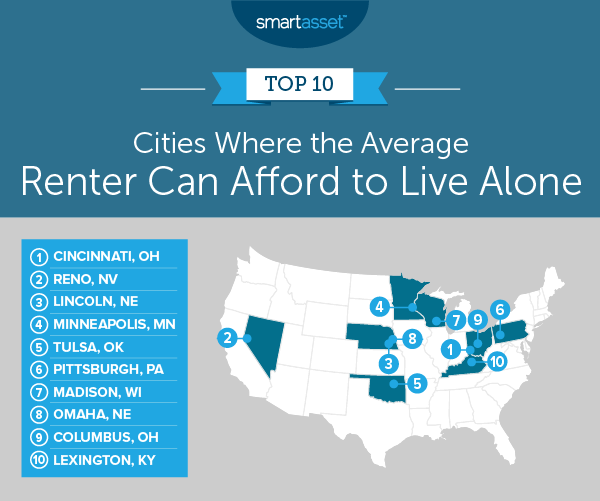 Cincinnati, Ohio comes in first place in this list for a second straight year. The Queen City has an average rent of just $569 for apartments with fewer than two bedrooms. That’s the seventh-lowest price in our entire study and the lowest in the top 10. The city also places well for the percentage of homes that have one bedroom or fewer – at 30.40%, it’s the 15th-highest in the study for that metric and the second-highest in the top 10. Cincinnati does have a relatively high unemployment rate at 3.5%.

Reno, Nevada is the second-best city for renters to live alone. The average rent for a studio or one-bedroom is $730, a higher cost than the rent in six other cities in our top 10 but good enough to rank within the top third of the cities for this metric in the study overall. In fact, Reno finishes within the top half of the study for most of the metrics we considered. The unemployment rate is just 3.1%, a top-15 rate. The average income is $43,551. These conditions may increase the likelihood that renters here can contribute to their retirement savings.

Lincoln, Nebraska boasts an average rent of just $577. It ranks second-lowest for this metric in the top 10 and eighth in the entire study. Lincoln also has an unemployment rate of just 2.9%, the second-lowest in the top 10 and the ninth-lowest rate in the study. Lincoln rates less well for the market share of studios and one-bedrooms. Only 14.60% of the housing market in the city has fewer than two bedrooms, the lowest rate for this metric in the top 10.

Minneapolis, Minnesota is favorable to solo renters given its low unemployment rate of just 3.1%, tied for 14th-lowest in this study. Moreover, 33% of the housing stock has fewer than two bedrooms, the highest rate for this metric in the top 10. The town doesn’t fare as well for cost of living, coming in at 11% higher than the national average.

Tulsa, Oklahoma comes in at fifth overall and has an affordable average rent payment of just $614. That’s the 12th-lowest price in the study and the third-lowest in the top 10. Tulsa’s cost of living is 2% lower than the national average, which is the second-lowest rate for this metric in the top 10 and ninth-lowest rate overall. Tulsa’s average earnings, though, are the lowest in the top 10, at just $40,039 per year.

Pittsburgh, Pennsylvania, which was No. 1 on our 2018 list of the most undervalued cities in America, comes next. The Steel City cost of living is 2% lower than the national average, which the lowest in the top 10. It also ranks eighth for this metric among all of the cities in our study. At 3.6%, Pittsburgh does have a higher unemployment rate than most of the top 10. Average income in the city is $46,353.

Madison, Wisconsin is the capital of the state and the home of the University of Wisconsin. It has an unemployment rate of just 2.3%, the lowest rate in the top 10 and the second-lowest in the entire study. Madison does have a fairly high cost of living though, at 14% higher than the national average. But paychecks here are comparatively robust: Relatively high average earnings of $52,066 may help offset that cost.

Omaha, Nebraska places eighth, making Nebraska one of two states (along with Ohio) to have two cities on this list. Omaha ranks in the top half of our study for each of the metrics we studied. Its average rent of $651 ranks the 21st-lowest in the overall study and fifth-lowest in the top 10. The average earnings rate in Omaha is $44,674 and the cost of living is just 3% higher than the national average.

Columbus, Ohio is ninth on our list of top 10 cities where renters can afford to live alone, making the Buckeye State the second state to place two cities in the top 10. Average earnings in this city are $42,128, and 15.80% of the city’s housing stock constitutes units with fewer than two bedrooms. Columbus ranks in the top 20 for its low cost of living relative to the other cities we analyzed.

The final city in our top 10 is Lexington, Kentucky. Lexington has fairly low rents, an average of just $624 per month. The city doesn’t have many units with fewer than two bedrooms, though – studios and one-bedroom apartments make up just 14.70% of the housing stock. Lexington does have a low cost of living, though, roughly equal to the national average. 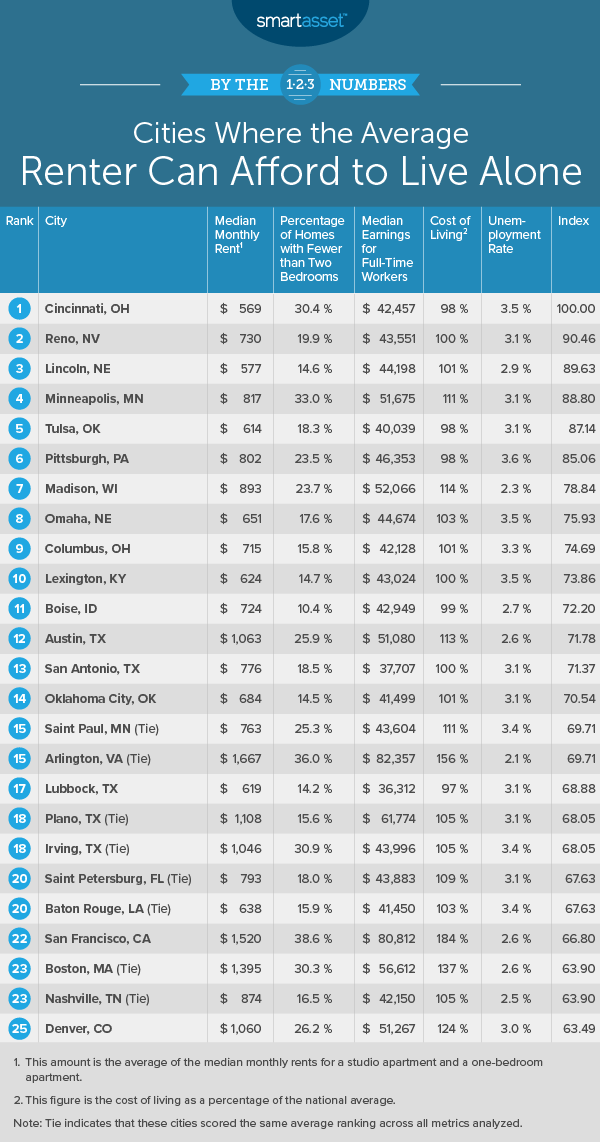 SmartAsset compared 100 cities across five metrics to come up with our list of cities where renters could afford to live alone. Specifically, we considered the following metrics:

Tips For Making the Most of Your Money