It’s Nothing Personal But… You’re Not Hired! 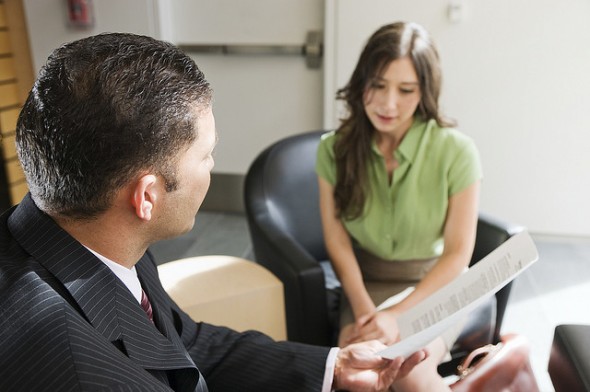 Over the years I have interviewed hundreds of people for dozens of positions and every single one that I didn’t hire had something in common: I could give a reason why I didn’t hire them. To be honest sometimes it was as petty and personal as I just didn’t like them or they rubbed me the wrong way.

Those I didn’t hire also had something in common with those I did ultimately hire. I read each and every one of their resumes. I excused typos and mistakes on some entry level resumes because their objectives spoke to me. I’ve also dismissed otherwise spotless resumes with perfect credentials for being just too darn perfect.

The human factor was for millennia the standard by which hiring decisions were made. Person to person connections were required to land an interview. Increasingly however that is no longer the case. Automation is taking the place of humans as the gatekeepers to (and even sometimes replacing humans in) the interview process.

The Rise of the Machines

Quantitative analysis has begun replacing subjective\objective human perception as the key to hiring decisions. Electronic resume screening is by and large standard operating procedure at large companies. It is working its way down the food chain to mid-size and small employers.

Applicant tracking systems work by using optical character recognition software (OCR) to read your resume. This is not your father’s OCR software. We’re talking state of the art OCR on steroids software that not only recognizes the characters on the page but what words mean. It then assigns a value to those words and scores the resume based on conditions set by the employer.

The First Cut is the Deepest

Applicant tracking systems often make large chunks of their first cuts based on less on substance than on pure facts such as where you live. Because there is no human involvement in the process, employers can easily dismiss a prospect’s resume based on a home address that falls outside a pre-determined radius of the company’s location. It does this without taking into account your cover letter that says you are relocating from Boise to right around the corner next week.

Keywords unlock the door to moving on in the hiring process. The resume screening software counts pre-determined keywords (including spelling variations) and scores the resume as acceptable or unacceptable. The problem with this is the lack of understanding context. The reason your slacker roommate keeps getting called for interviews and you don’t is because his resume is packed with the right keywords and yours is not. In other words, those making the first cut are not always the most qualified but those who most effectively game the system.

Second Verse, Same as the First

More and more employers are incorporating personality tests into the hiring process. They us it to hire individuals who will best fit in with an existing team or who match a profile based on the success of previous hires. These tests were once administered exclusively on site as a precursor to an in person interview where you would have a chance to impress a real live person with your quirky sense of humor.

More and more often employers are asking those who make the first cut to take these tests\evaluations online before an interview is even scheduled. This further thins the herd. Companies looking for entry level sales people who can’t rely on past performance as an indicator of future success look instead at personality traits like extroversion as a portent of success.

What these test don’t take into account is body language and physical condition. For example if you show up for an in person interview when you are coming down with a virus a live person can take into account your diminished cognitive abilities and ask you to come back at another time. An online testing portal is not capable of making such a distinction and you are the worse for the experience.

Sure, people are biased and will make decisions based on the most capricious reasons, I don’t like orange ties even if you graduated first in your class from Yale. Computers on the other hand are incapable of measuring sincerity or balancing a severe bout of hay-fever with a charming sense of humor. This means if you want to be the latest hire at the hot new company, you better understand the new hiring game.