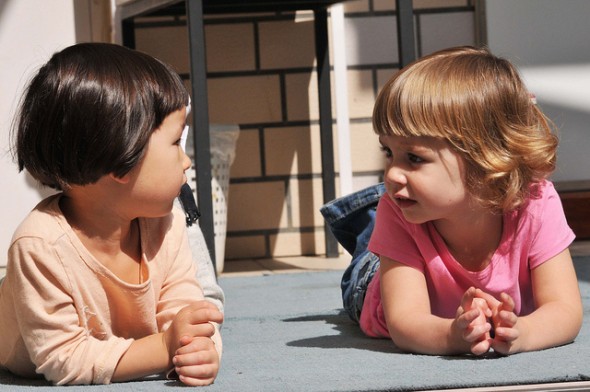 The world is becoming smaller and smaller. Today, one can easily video chat with someone halfway around the world from the comfort of your home. Businesses are leading the charge through globalization, which has led to an increase in demand for employees who speak more than one language.

Unfortunately, there are not many, if any, comprehensive studies on whether or not being bi- or multilingual leads to higher income potential. However there are some smaller studies as well as anecdotal evidence that suggest this is the case. Many countries around the world have embraced bilingual education as part of their elementary curriculum. The US, however, has failed to do so. This could harm future U.S. generations in terms of prospects in competitive jobs markets.

Already Ahead of the Curve

A number of different Asian countries have embraced bilingual language instruction as part of their public school elementary curriculum. Among these countries are China, South Korea and Singapore.

Singapore, one of the most notable Asian hubs for business and enterprise has a very comprehensive dual language program.  Students learn in English alongside one of the other traditional languages of the country, such as Mandarin. They receive a bilingual education very early in their academic career.

China and South Korea have both embraced the idea of bringing in native English speakers as teachers. The idea is to help teach elementary students English at a more proficient level. Each year thousands of US, UK, and Canadian citizens move to South Korea or China to spend a year teaching English as a Second Language.

The Benefits of Being Bilingual

An important question to ask is, if many other nations are teaching English to their students, why is it important for the US to introduce bilingual education, since most of us already speak English? Good question.

For one, the US is not the only nation that speaks English. Simply because employees from another country speak English, does not mean these employees or their companies will seek US business opportunities. These business may seek opportunities in the UK, Canada, or other nations where English is the language of business.

Furthermore, it is extremely important to recognize the myriad number of languages that are spoken right here in the US. While English is the dominant language, there are millions of American citizens who speak another language in their home. And some of these citizens actually fare better in terms of higher income. According to Bettina Drew, a 2012 study found that bilingual Latinos in New York earned approximately $15,000 more than Latinos who spoke only English. Though this study cannot be applied to all bilingual speakers, it does suggest there is an advantage for those who speak more than one language.

Bilingual education has been a very hotly debated topic for years. It seems many are fearful of introducing children to bilingual education for a number of reasons. However, our fears may be holding us back from better employment opportunities in a globalized job market. Besides the many cognitive benefits that being bilingual has been shown to cause, the benefits of better job prospects and potentially higher incomes should be enough to encourage all of us to embrace and endorse bilingual education starting at the elementary level in our public schools.