6 Things You Should Never Say to Your Boss 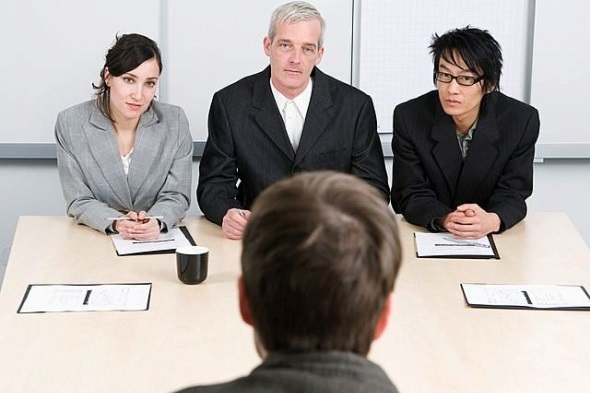 Maintaining a good relationship with your boss is important, especially if you’re looking to get ahead with the company. Even if you view your current job as a short-term gig, it’s still to your advantage to keep things on the up and up. Being openly rude or disrespectful is of course a no-no but sometimes making a simple off-handed comment can sour the relationship between you and your superior. If you’re focusing on keeping your career on the right path, here are six things you should never say to the person in charge.

Top 5 Reasons You’re Not Getting Ahead at Work

When your boss asks you to do something that’s outside your scope of responsibility, your first instinct may be to tell him it’s not in your job description. While it’s okay to think that to yourself, saying it out loud isn’t going to do you any favors. When you tell a superior that doing something isn’t part of your job, you’re basically telling them that you’re not willing to go the extra mile for the company. Unless they’re asking you to do something that’s illegal or against your code of ethics, you’re better off putting on a smile and getting to work. Think of it as a chance to show you can handle more and perhaps deserve a promotion.

Inevitably, you’ll be asked to do something that’s new territory for you but you have to be willing to meet the challenge head on. Saying “I don’t know” is a sign that you either haven’t been paying attention or you’re afraid to step up your game. Ask for help if you need to but don’t miss the opportunity to prove that you’re ready for more responsibility.

3. You should give me a raise.

No matter how strongly you believe that your efforts at work have earned you a raise, sharing your opinion with your boss only comes off as egotistical. A better approach is to ask for a meeting to discuss your standing with the company. Rather than demanding a raise, lay out the reasons why you feel you’re an asset, using specific examples of your achievements. Once you’ve laid out your contributions, you can ask how you can better prove you are worth a raise and you just might get one right on the spot!

How to Be a Team Leader at Work

When something goes awry at the office, it’s easy to get caught up in playing the blame game. If you made a mistake, the best way to deal with the situation is to own up to it and attempt to make things right. Pointing fingers at someone else only makes you look bad and it’s a good way to alienate your coworkers. Even if something happens that wasn’t directly your fault, you should still try to be proactive in helping to find a solution.

5. This’ll make a great story for my blog.

What happens in Vegas, stays in Vegas and the same rule applies to things that go on behind the scenes at work. It’s one thing to share a funny anecdote about your day with friends but it’s quite another to make it the feature article on your blog or the subject of a Facebook post. Making fun of your coworkers, trash-talking the company or revealing inside secrets is a surefire way to not only lose your job but potentially end up the target of legal action.

When your boss asks you to do something, the only thing that’s worse than saying “I don’t know” is saying “No” period. Unless you’re absolutely swamped with other projects you should always be prepared and willing to add to your workload. It’s not unreasonable to ask for help if what your boss is proposing is too much for you to handle alone but don’t turn down a request simply because you don’t feel like doing something.

How to Make the Most of a Job You Hate

Maintaining a professional attitude in the workplace is about knowing what’s expected of you, doing your job well and being able to adapt whenever necessary. Knowing what your boss does and doesn’t want to hear can pay off when you’re trying to move forward in your field.